The G-Class Viva Edition – Mansory will only build 10 units

The Mercedes-Benz G-Class Viva Edition is Mansory’s new take on the omnipotent off-roader. There is no way anyone could keep a low profile in this.

Mansory must have thought about VIPs that want to draw attention everywhere they go. Therefore, the tuning house built an attention-magnet for them especially. The German experts have modified the G-Class. The model now bears the name of “Viva Edition”. Only ten such units will roll off the tuning line. It will be therefore quite an exclusive automobile. 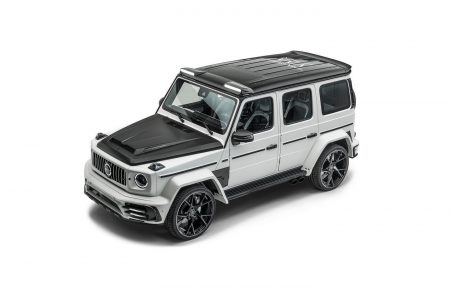 One must be blind not to notice the tweaks. There is a special bodykit that starts at the front end. the G-Class Viva Edition gets a new front fascia. The Mansory logo now replaces the three-pointed star that usually shows up in the radiator grille. A redesigned front bumper and extra LED daytime running lights, placed in the air intakes, that keep company to the circular ones, are part of the plan.

There is also a new bonnet with new air intakes and new powerdomes, that features a matte black finish. 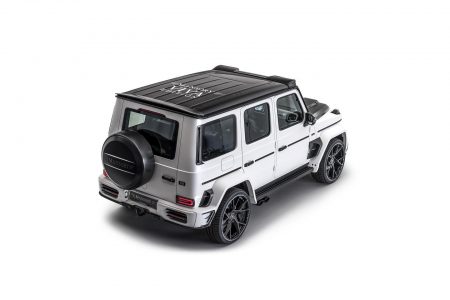 The “Viva Edition” name shows up on the black roof. And at the front end of the roof, right above the windshield, the tuner mounted two LED driving lights.

Mansory worked on the interior of the G-Class. Carbon fiber trim, new leather wrap for the seats, new finishes on the dashboard and center console make up a whole new atmosphere. One in which black and white sum up an eye-catching contrast.

There is no mention of the technical upgrades if any. The price is also a mystery.