Geely and Daimler will develop a new modular engine with 3 and 4 cylinder
Razvan Magureanu, June 7, 2021
2.03K 0
Home Auto news The future Mercedes GLA will have the same hybrid system as the Volvo XC40

Renault out, Geely in: Daimler will cooperate with Chinese shareholder Geely in developing new three- and four-cylinder hybrid propulsion systems. The new engines will be used in the Mercedes compact range from A-Class to Mercedes GLA and in the whoșle model range of Volvo.

The connection between Geely and Daimler is becoming stronger. The Chinese concern Geely, which owns the Swedish brand Volvo and the Chinese brand Lynk & Co, which recently debuted in Europe, is Daimler’s largest sole shareholder, with 9.7% of the shares. The two companies also established  Smart Autopmobile Co. Ltd joint venture  that plans to revitalize the smart brand. In this joint venture both concerns have an equal financial contribution, and the headquarters of the Smart brand was moved to Hangzhou Bay, Ningbo, China.
The first model of smart rebirth will be a small class SUV that appears in 2022.

For Daimler, smart has been a black hole, with losses in all the more than 20 years since it was founded. But now, Ola Kallenius, Daimler’s new boss, is confident in the future of the smart brand after establishing the partnership with Geely. In this regard, Ola Kallenius stated in November 2020 for Handelsblatt: “In Geely founder Li ShuFu we have a second shareholder from China who is very visionary. This is a new and very good partner with which we continue to develop the smart brand. But I see also the potential to do more.

On November 20, 2020, Daimler and Geely issued a press release announcing that they are working together to develop a highly efficient state-of-the-art hybrid propulsion system.

Mercedes’ decision comes in the context in which the German brand announced at the October 2020 Investor meeting that it wants to save 70% of the costs of developing internal combustion engines by 2030. The cooperation with Geely and its Volvo brand aims to improve global competitiveness and achieve of scale economies. 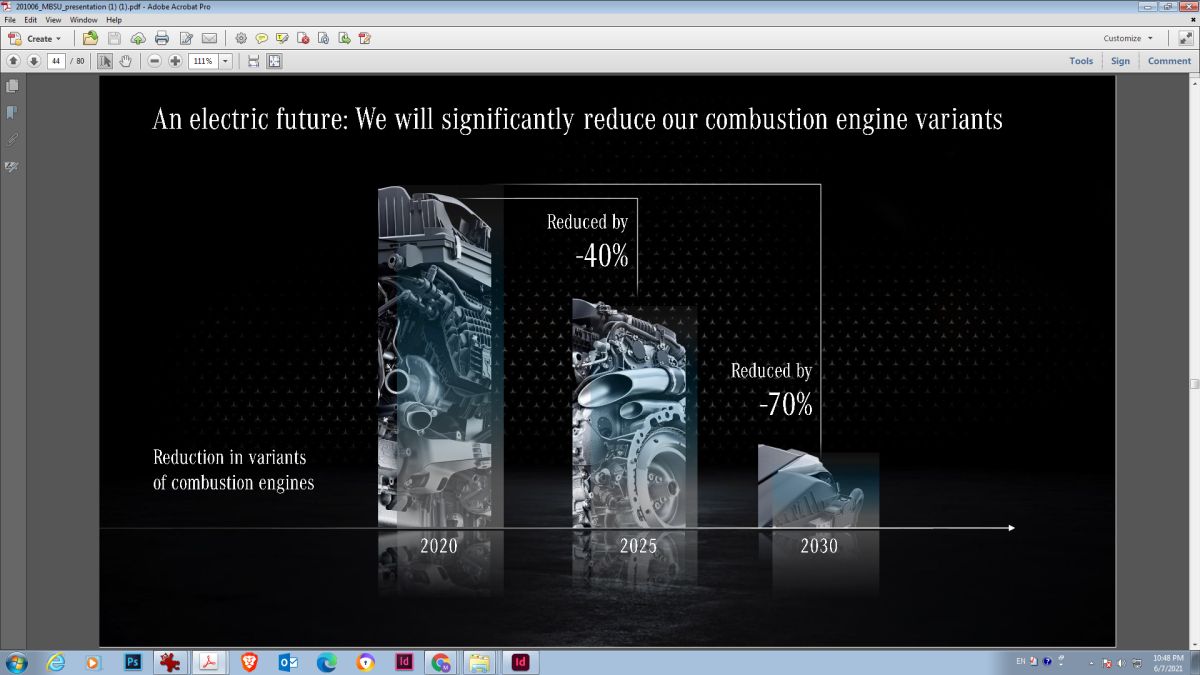 The two companies are working on the development of a next generation hybrid modular engine range with 3 and 4-cylinders  that will be manufactured in both Europe and China. The rumours said that the Mercedes engine will be badged M252, according to auto motor und sport magazine.

Compared to the former cooperation with Renault, Markus Schafer, head of technical development at Mercedes, said that in the new partnership Mercedes will be in charge with engine development from the beginning and will not only modify some existing engines, as was the case with Renault.

Mercedes has so far used 1.5-liter diesel and 1.33-liter gasoline engines in the compact range from A-Class to Mercedes GLA models. But the 1.5-liter diesel has been gradually replaced by a weaker version of its own 2-liter, 116 HP OM654 engine and the 1.33-liter turbo petrol will also disappear when the new generation of engines made with Geely will be launched. For Volvo, the cooperation between Daimler and Geely is a perfect opportunity to reduce costs. Given that Volvo has only 3 and 4 cylinder engines, we expect the new generation of engines to be available on the entire range from XC40, to XC60 and XC90 but also for the future XC30 smaller than XC40.

It looks like Mercerdes will use the next generation of engines for its compact range. It is NOT clear yet whether the new engines will be used also for the current MFA II platform that underlies all Mercedes compact class models from A-Class to Mercedes GLA or will debut only in 2024 when the first compact Mercedes model built on the new MMA platform will appear. The MMA platform was developed with priority for electric propulsion but there is room in front for a heat engine combined with various propulsion systems from mild hybrid to Plug-In Hybrid. The hybrid versions will have an electric motor located between the heat engine and the gearbox and the PHEV versions will have a second electric motor that will drive the rear axle.

The cooperation between Daimler and Geely for the future of the smart brand makes sense because production in China is cheaper. In addition, expanding the smart range with an SUV offers more chances of profit for the smart brand that has never been profitable. But cooperation to develop engines with Geely, which also owns Volvo, is curious because it gives Geely access to the latest technology but also creates stronger competition from Volvo. Basically, Volvo has a range that competes in many market segments where Mercedes is present.