There are just hours left to the debut of the future Mercedes-Benz CLA, the four-door coupe shows a bit more in a new teaser video. The car will be shown in Las Vegas at CES.

The video posted on Facebook by the premium car maker shows details of the body of the car, also revealing headlights and taillights, the dashboard and various other close-ups. There is not much time left to wait before we get to see the whole car. 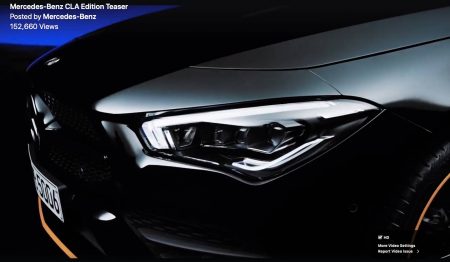 The four-door coupe receives the Multibeam LED headlights, but the layout seems to be like nothing else seen before in the Mercedes-Benz range, as they seem to be a merge of the new CLS and new A-Class headlights, integrating the boomerang-shaped DRLSs in a teardrop-like design.

At the opposite end, the LED taillights seem to have become significantly slimmer, highlighting the width of the car with their horizontal display.

The caption of the video reveals that we are dealing with Edition 1 of the CLA, that will be available for the first year since launch with various special details. The list includes orange accents of the front bumper, in the rear diffuser, surrounding the exhaust pipes and in the wheel rims, but also contrasting orange stitching. 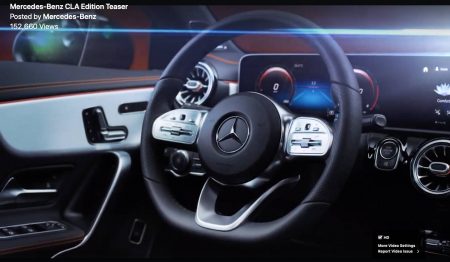 The future Mercedes-Benz CLA is also getting the MBUX infotainment system with the dual-screen layout. A flat-bottomed steering makes it obvious that the car will get a sportier personality, similar to that of the AMG entry level models.

The four-door coupe should get the same engine range as the new A-Class and an A 35 variant is also in the cards, powered by the company’s 2.0-liter turbocharged four-cylinder engine with 306 horsepower and 400 Newton meters of torque. 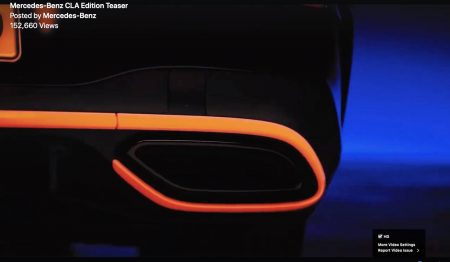