Grandpa, is that you up on the stage? A fashion-crasher retiree man stormed straight on the catwalk at the of the Mercedes-Benz Fashion Week show in Sydney and snubbed the organizers for the loud music. “It’s like a jumbo jet taking off”, the man screamed at the security guard. “I just wanted to see who was controlling the sound”, the French-born man told afterwards.

The 67-year old retiree stormed onto the stage at the Australian Mercedes-Benz Fashion Week. He complained that the rumble made his house across the street feel like it was shaking.

The diva-wannabe retiree Maurice Thibault made quite an appearance on the catwalk and totally stole the show from the fashion designer Kym Ellery, who was coming out to thank the spectators. He said he had no clue he crashed a fashion show, because the extra bright lights obstructed his vision. And he only wanted some peace and quiet!

“I had no idea where I was, to be honest. I could have been on the moon, as far as I’m concerned. It’s embarrassing”, he told reporters who questioned him the following day.

The footage shows Maurice Thibault showing up on the stage and yelling at the security guard, while pointing to his years and madly wagging his arms. The man responsible with the safety of the show and with that of the participants escorted Mr. Thibault off the stage. 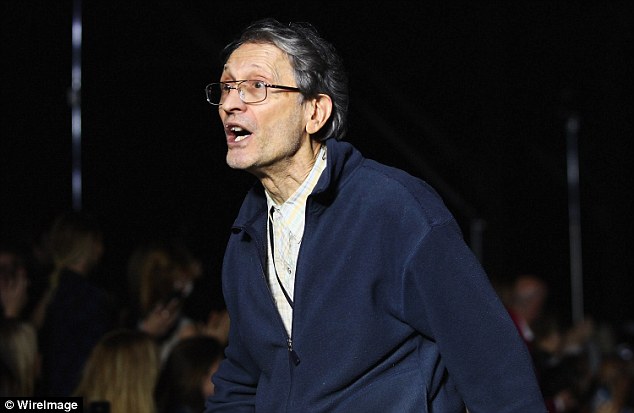 Hardcore electronic music with a heavy bass line boomed at the Carriageworks venue in Sydney. Together with Maurice Thibault, other neighbours complained they could not sleep. The show producers say the jumbo jet-like music only lasted for fifteen minutes and the noise was over by 7 p.m. The runway had been moved at the last minute from an indoor warehouse across the road, in an outdoor location.

The diva-wannabe retiree gave plenty to talk about this time, but he really wants to attend the next show and asks for a ticket: “Maybe they should just invite me!”, he hopes. And it’s for the better, we say. Otherwise, he is going to show up uninvited all over again!