And the Eat Out Mercedes-Benz Award Goes to Cape Town

The Eat Out Mercedes-Benz Award goes straight to Cape Town. If you’re planning to make a reservation, you’d better make a call real fast. Even loyal customers usually wait for a month to get a table there.

Chef Luke Dale Roberts, trained in famous cooking venues across Europe (Bauer Au Lac in Zurich was one of them), turned his small business into one of the best world’s restaurants. His eatery in Cape Town, The Test Kitchen, has just won the Eat Out Mercedes-Benz Award, third year running. A culinary hat trick for mixing African flavors and Asian flair, making every dish tasteful and delightful to look at. It all happened in a gala taking place in a very unconventional place for such a ceremony: Thunder City Airport Hangar in Cape Town. 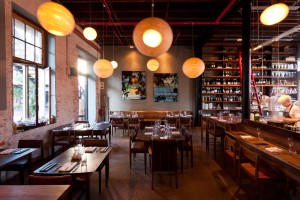 Hidden in a workshop in the Old Biscuit Mill in Woodstock, Cape Town, the tapas-like restaurant has been put on the map of the world’s best in 2012, when it was first awarded.

Since then, The Test Kitchen has an endless waiting list. So Chef Dale was more than happy when the location next door was on the market. He immediately snapped it to extend his business. But still the restaurant does not provide enough space for all those who dream of having dinner there.

Once the customer is inside, the chef’s recommendation includes grilled scallop with miso and shiitake, but also a French dish combined with traditional African cuisine: fois gras with four trees flavors (oak, pine, chestnut and maple).

By awarding the South African Restaurant with the Eat Out Mercedes-Benz Award, the juries have judged by flavours, ingredients, innovation and of course, attitude.

Surprising as it may seem, a female won the Chef of the Year Mercedes-Benz Eat Out Award: Chantel Dartnall of Restaurant Mosaic at the Orient. She is the only woman who has ever received this award since its introduction in 1998. 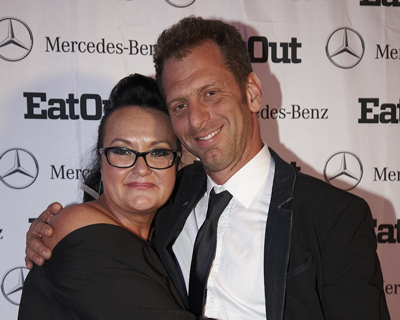 Chef Dale together with Chantel Dartnall, who won the Chef of the Year Award

If you are planning to eat out, Mercedes-Benz has some reccomendations: