The cars of Donald Trump: US President’s threats and his Mercedes fleet

Donald Trump and Mercedes share a long love and hate relationship. The US President attacks Mercedes and the German car manufacturers publicly, but drives in his private life many cars with a silver star on their bonnet. This is the Mercedes Trump fleet.

Can US President Donald Trump’s trade policy drive Mercedes out from the US market? And do the imports of German cars endanger the national security of the USA? Not likely, but the verbal abuse of the US President irritates his trading partners visibly.

Trump likes to use strong words and threat the Europeans to strengthen the US auto industry and we analyze his recent comments. After all, many Trump voters are employed in the US auto industry. Mercedes must serve as a striking example, “America first” is the guiding principle of the US President. 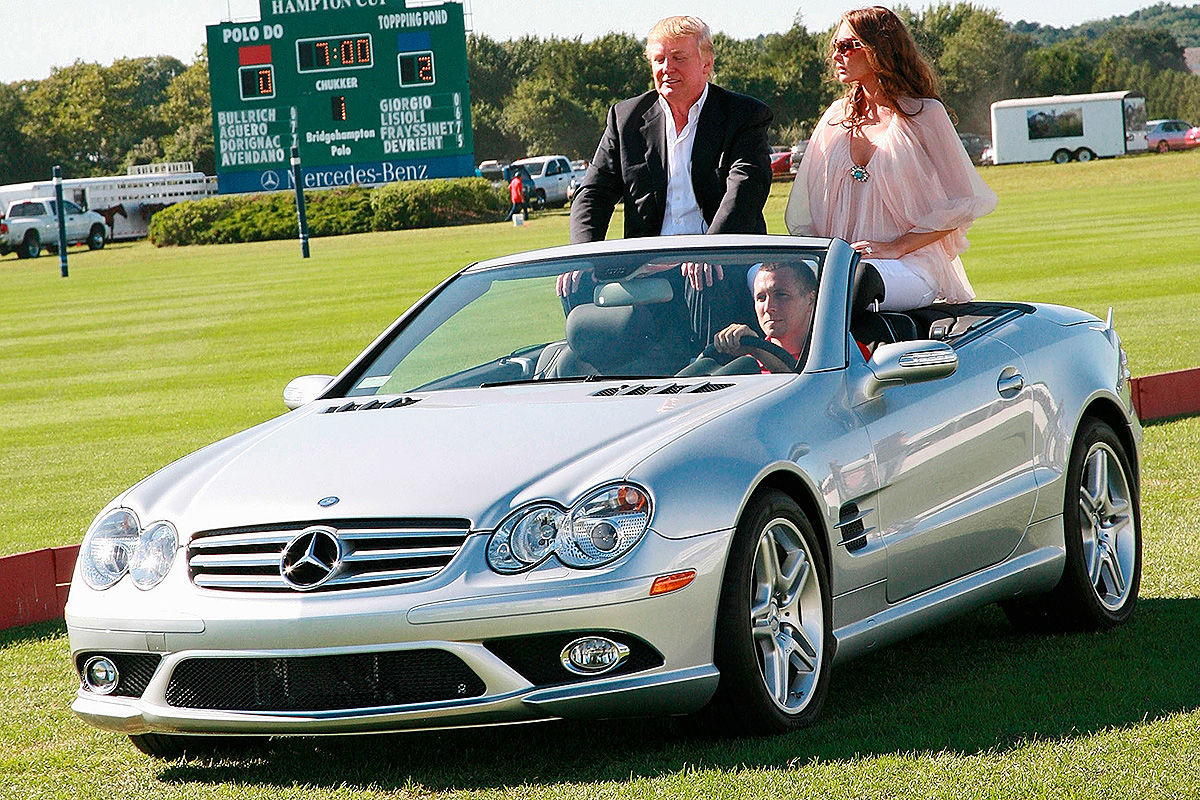 The American president likes to drive Mercedes cars
That did not seem to apply when Trump was still a normal citizen and not the P.O.T.U.S. At that time he had a preference for vehicles from Germany and Great Britain. For example, before becoming the president of United States his favorite car was a 626 hp Mercedes SLR McLaren from 2003. Also a Rolls-Royce Phantom was used on a daily basis by the powerful entrepreneur. 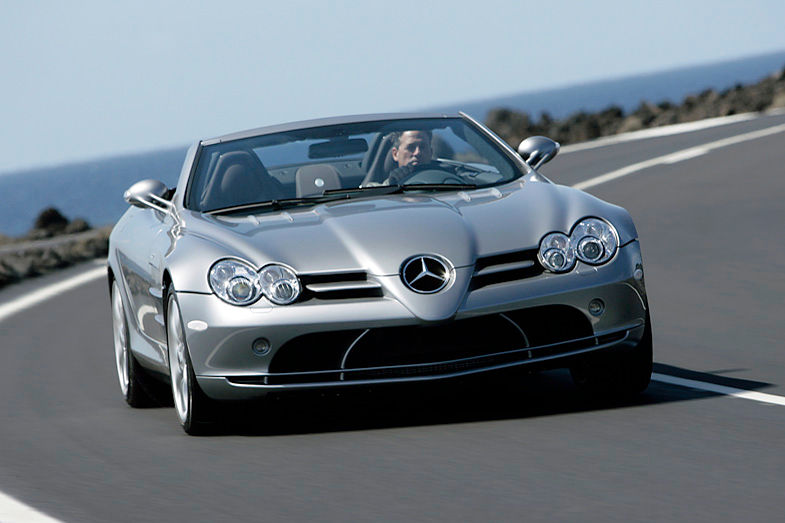 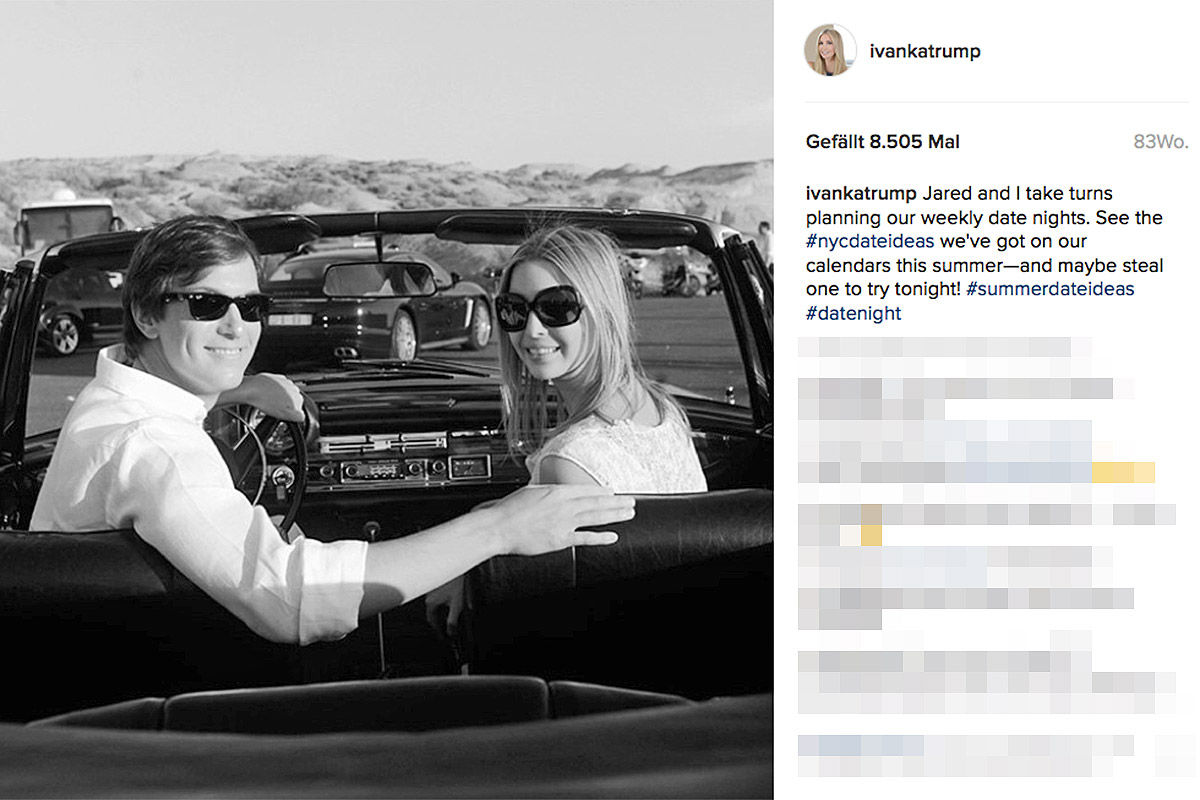 Trump-Benz for sale in Europe
In addition, a wine-red Mercedes 560 SL built in 1987 and previously owned by Donald Trump is now for sale at a vintage car dealer in the Baden province, Germany. The example belonging to the R 107 series was driven according to the corresponding original papers from 1987 to 1992 by the current US President.

The Benz went after the divorce in 1992 to Donald Trump’s ex-wife Ivana, which apparently only rarely drove the 230 hp V8 (mileage: the equivalent of 18,400 kilometers) luxury roadster. In 2014, the vehicle went to an American dealer, who in turn resold it and shipped it to Italy. Since September 2014, the car sits at the “BAZ Dreamcars” dealership in Germany, waiting for a new owner. 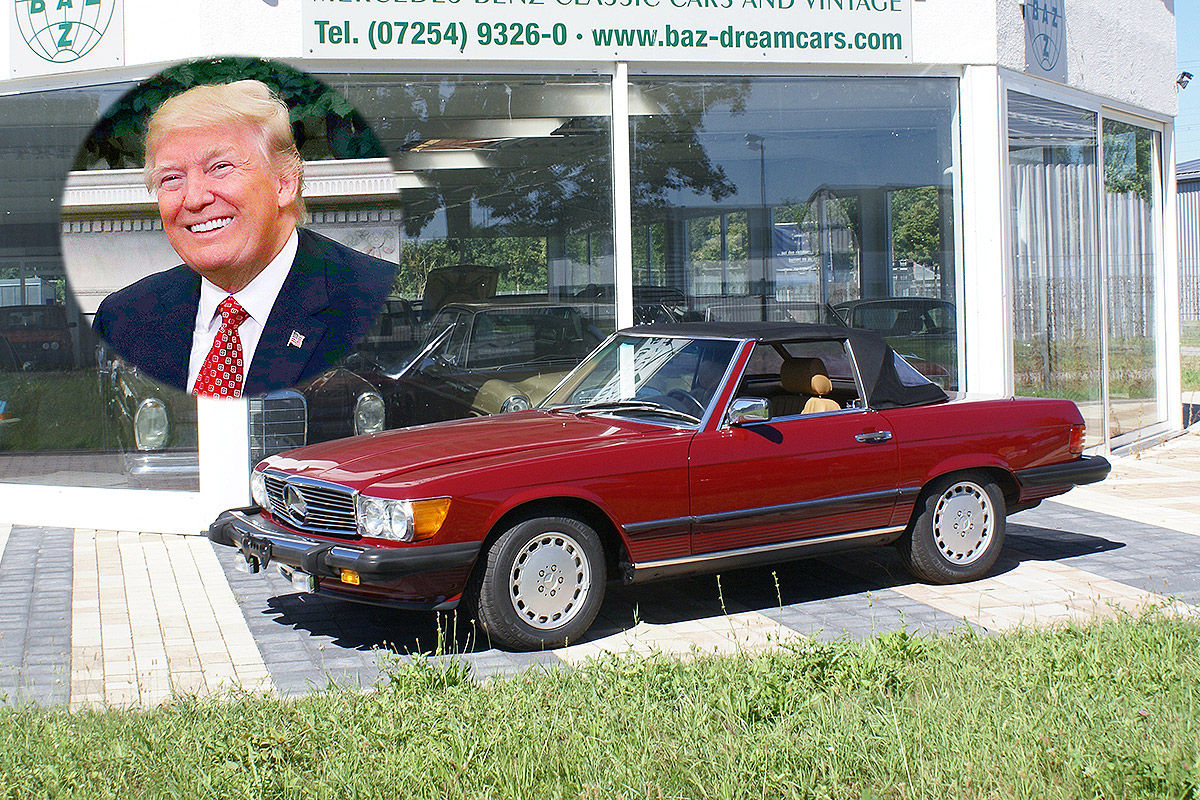