Judging by what we’ve heard so far, BMW expects a lot from the new 7 Series generation due later this year.

Nobody outside BMW knows quite what the car will look like and this latest batch of images doesn’t shed any more light on the exterior design, but there doesn’t appear to be a true revolution in the looks department. For now, though, that’s not really that important as BMW puts more emphasis on the technology underneath that camouflage cladded body.

Indeed, today is the day BMW opened up during a closed doors workshop and talked about what we should expect from the new 7 Series and why the Mercedes-Benz S-Class (and Audi A8 as well, plus Jaguar XJ and so on) should be a bit worried.

First of all, they underline the fact that what you’re about to read is just part of the technology innovations spawned by the development of the new 7 Series range. The claim sure is bold: “the new BMW 7 Series is aiming to lead the way in the luxury segment in terms of driving dynamics, long-distance comfort, efficiency and driver assistance.” That remains to be seen.

One of the main focuses with the new 7 Series was weight reduction and the use of lightweight materials. Technology developed for the i programme made its way onto the luxury sedan in the form of CFRP (carbon fibre reinforced plastic) used for vital components suchs as the passenger cell. This increases torsional rigidity and overall strength while contributing to the general 130 jg weight loss compared to the previous generation. 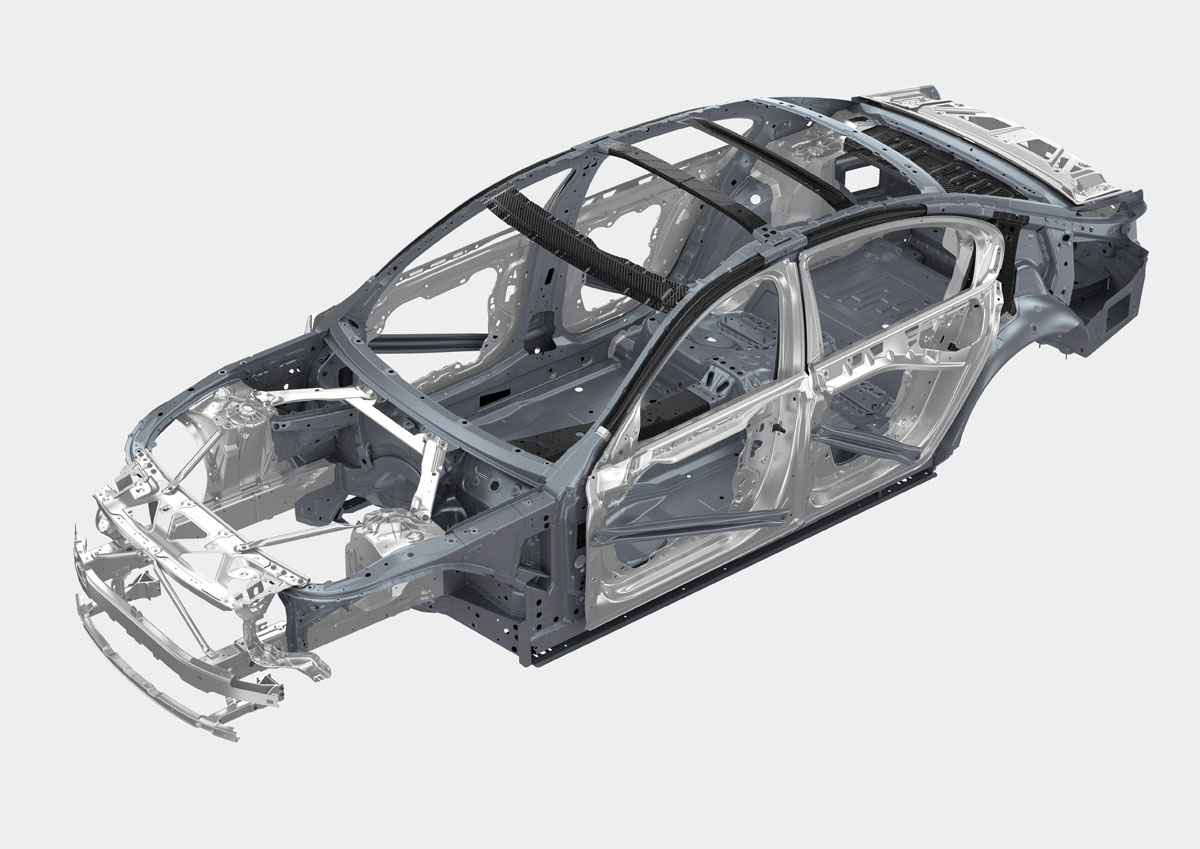 Another aspect where the BMW range topper needed some attention if it were to truly rival the S-Class was its ride quality. While we all enjoy BMW’s dynamics, this kind of cars should really excell most when it comes to cushioning the outside and offering supreme comfort. The new 7 Series promises to address that thanks to precision-honed chassis technology and additional chassis control systems, be they standard fitted or optional. Among the new standard features is a two axle air suspension with automatic self levelling, as well as Dynamic Damper Control.

There’s also the latest update of the Integral Active Steering system, along with the first electromechanically driven Dynamic Drive roll stabilisation system, all there to allow the driver to switch from ultimate comfort to excellent dynamics all with the switch of a button. 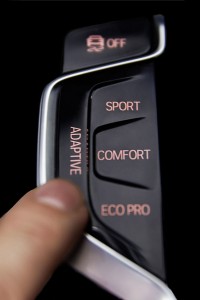 Speaking of buttons, the Driving Experience Control switch has been redesigned and now includes a special setting called ADAPTIVE. In this mode, the vehicle set-up changes automatically in accordance to driving style or road condition.

The 7 Series will also mark the first BMW with a Touch Display. This won’t bring the demise of the well known iDrive controller, but will only add the option of using touch commands as well. We’re actually very curios to see which method we’ll prefer using ourselves…

For those who always wanted to act as an orchestra conductor, the 7 Series will come with a 3D sensor which detects hand movements and gestures that can translate into different commands like accepting or rejecting phone calls or turning down the sound volume. The driver will also be free to pair his own personal gesture to a specific function.

Borrowing once more from the i project, the BMW 7 Series will be the first series-produced car can park itself without anyone at the wheel. Using the BMW Display Key, the car can automatically enter or exit tight parking spaces that otherwise would have been inaccessible. 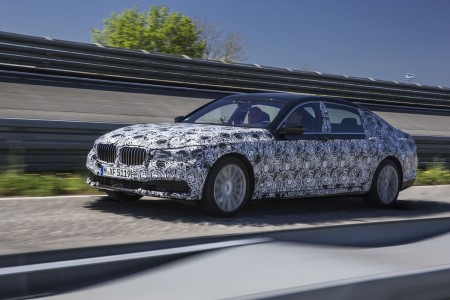 Last but not least, there’s talk of a new petrol in-line six cylinder engine with Twin Turbo technology built to compliment the recent weight loss with both an excellent dynamic performance and low fuel consumption.

This is just a preview of things to come, but from what we see and hear, the 7 Series will probably continue to be a different beast to the more serene Mercedes-Benz S-Class. Whether it will be better or not, remains to be seen. And even then it will surely depend on who you’re asking.