The 7 billion bet: Electric Mercedes, fuel cell and hybrids for every model series

Electric Mercedes all the way. Daimler plans in the next two years an investment of more than seven billion euros in the so-called “green” technologies and will electrify all Mercedes-Benz passenger car model series step by step. FULL PLAN DETAILED. 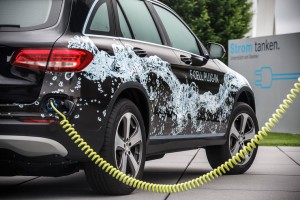 Following the launch of the GLC Coupe 350 e 4Matic and the E 350 e until the end of this year, Mercedes’ electrification initiative is in full swing. Next, the updated S-Class’ S 500 e plug-in hybrid variant will benefit in 2017 from an increased lithium-ion battery capacity/performance and better all-electric range estimated at more than 50 km.

Mercedes has also confirmed the launch of its brand-new family of petrol engines, with a new inline-six unit at the forefront joined by a four-cylinder engine as well. Both engines will be launched next year. This is the first time Mercedes has officially admited its brand new line-up of six-cylinder petrol engines will be made up of inline-units as oposed to their previous V6s.

READ AHEAD TO FIND OUT the detailed road map of Mercedes’ full-scale electrification of its range, step by step.