Sir Stirling Moss raced the Formula 1 champion Lewis Hamilton on the Monza circuit, both behind the wheels of the legendary Silver Arrows, the cars that the gentleman of speed was driving 50 years ago.

There is a half-century gap between them and their cars, but they take on Monza together in a race that looked set up by a time machine. It is one of those images that give you goose bumps.

But it’s not all goose bumps for Sir Stirling Moss, who never made his dislike for Hamilton much of a secret. 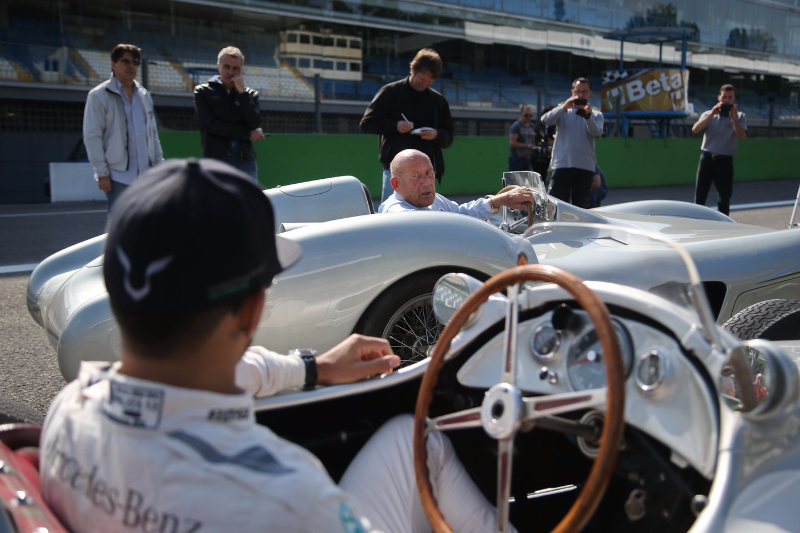 “I don’t think Lewis is great yet,” said the 85-year old legend, who is considered by many to be the greatest Formula 1 driver never to have won the world champion title.

“We know Sebastian Vettel is in there, and Fernando Alonso is. And Lewis is slightly less valued than someone like Jim Clark, but he is certainly on the way”, Moss told the media.

His words sounded really bad to Hamilton, who has already become world champion twice. But the young Brit respected the senior’s opinion and refused to come out with a reply. The leader of this year’s Formula 1 season is though supported by Stirling Moss to win his third title. 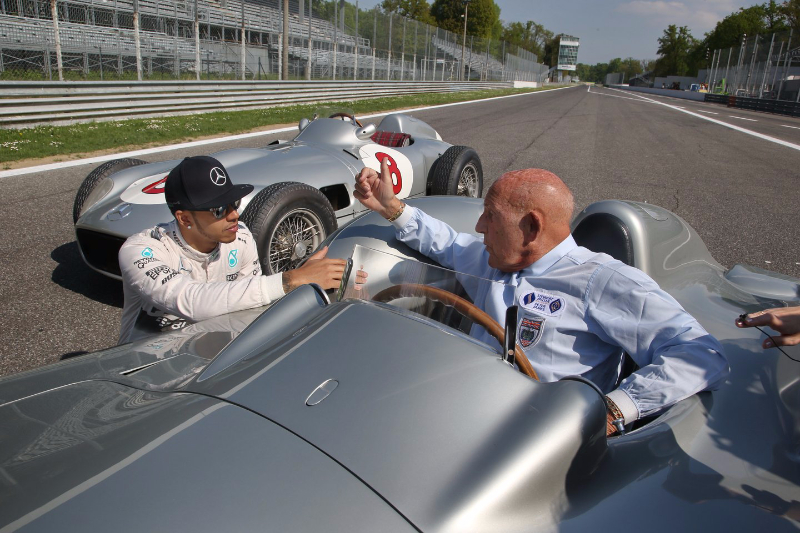 “I would think if he clinches the title this year then he would be considered the same as Jim Clark, but you have to be very careful. Because him doing that is one thing, but what Clark did to get to the same stage is different. It’s very difficult to appraise it.”

Moss does not believe in Hamilton’s passion for racing. “The thing Lewis is really interested in is music, not driving.”

Moss and Hamilton spent time together at Monza recently, to shoot a presentation clip for Mercedes-AMG Petronas.

The two-time world champion proved to be anxious try the cars of Moss’s generation. Moss, however, admitted he would be totally confused with the today’s F1 racing cars. “The steering wheel has 32 buttons and I don’t have a clue what any of them is for”, he said laughing his way into the pits.