Mercedes will present no less than 13 new models in 2021. Here is 2021 Mercedes models list and some details.

Mercedes EQA and EQB were slightly delayed due to the coronavirus pandemic. Will start in February 2021 on a platform derived from MFA II used in GLA and GLB called EVA 1.5. Being developed on a platform derived from MFA II will be produced in the same plant in Rastatt, germany where GLA is also assembled. The battery of about 60 kWh promises a range of 350-420 km. There will be several versions: front-wheel drive with several power levels and electric all-wheel drive with two motors. The new C-Class will be built on the MRA II platform, introduced in the new S-Class. This architecture represents an evolution of the MRA, the first longitudinal modular platform from Mercedes that debuted on the C-Class in 2014. It introduced the new multilink front axle with four arms that greatly attenuated understeer behavior. The evolution of the MRA II comes with the integral steering, a suspension with several aluminum elements and the option of the sophisticated E-Active Body Control suspension. Given that currently less than 10% of customers have opted for air suspension, we believe that the E-Active Body Control suspension will not be offered in Class C. And the level 3 autonomous driving system that will be available at Mercedes S-Class in the summer of 2021 is too expensive for the C-Class.

The range of engines will also undergo major changes, with Mercedes substantially intensifying the electrification program. In the diesel field, the 2-liter OM 654 engine will be upgraded. The cylinder capacity will increase slightly from 1950 cc to 1,993 cc and the injection pressure will increase from 2,500 to 2,700 bar. All versions will have two turbines mounted in series for a better response and water cooling for better thermal stability.

The steel pistons will have a sodium cooling circuit and the air conditioning compressor will be electric and driven independently of the engine. The original 1.6-liter Renault engine will disappear from the C 180 d and will be replaced by a more deflated version, about 120 hp, of the modified 2-liter Mercedes OM 654 engine. C 200 d and C 220 d will then follow with the same modernized 2-liter diesel engine. The C 300 d will receive for the first time an electrified version of the former 2-liter bi-turbo diesel with 245 hp. This is the first diesel from Mercedes to have an integrated alternator starter (ISG) combined with a 48V mains. The starter-alternator is integrated for the first time in the transmission and not in the engine so it can be easily combined with various engines. It delivers 20 hp and 180 Nm right from the start, the maximum power being 265 hp, 20 hp more than the former 2-liter bi-turbo diesel engine and 245 hp. The engine torque also increased by 50 Nm from 500 to 550 Nm. The OM 656 6-cylinder 3-liter diesel engine will not be found under the hood of the future C-Class.

The petrol range starts with the C 180, equipped with a 1.5-liter turbo of 156 hp, followed by the C 200 mild hybrid (1.5-liter engine 184 hp and integrated starter generator of 14 hp). For the first time, the M 254 engine will be electrified with the second generation of integrated starter generator that produces 15 hp and 180 Nm that comes bundled with the 48V network. In the C 300 it will provide 258 hp as well as in the E-Class facelift. This will be followed by the Plug-In Hybrid versions for both diesel and petrol which will offer 320 hp for petrol (C 300 e) and 306 hp (C 300 de) and which promise an electric range of 100 km thanks to a battery larger than about 20 kWh.

The new C-Class will receive the second-generation MBUX system with the portrait display that covers almost the entire center console and will have the same diagonal like in the new S-Class, 11.9 and 12.8 inches. In the top 12.8-inch version, the screen will be OLED and can be combined with 3D display for on-board indicators with camera for face recognition. At the same time, the MBUX system will be smarter, being able to learn and interact by activating online services and being able to be activated without the phrase Hey Mercedes. 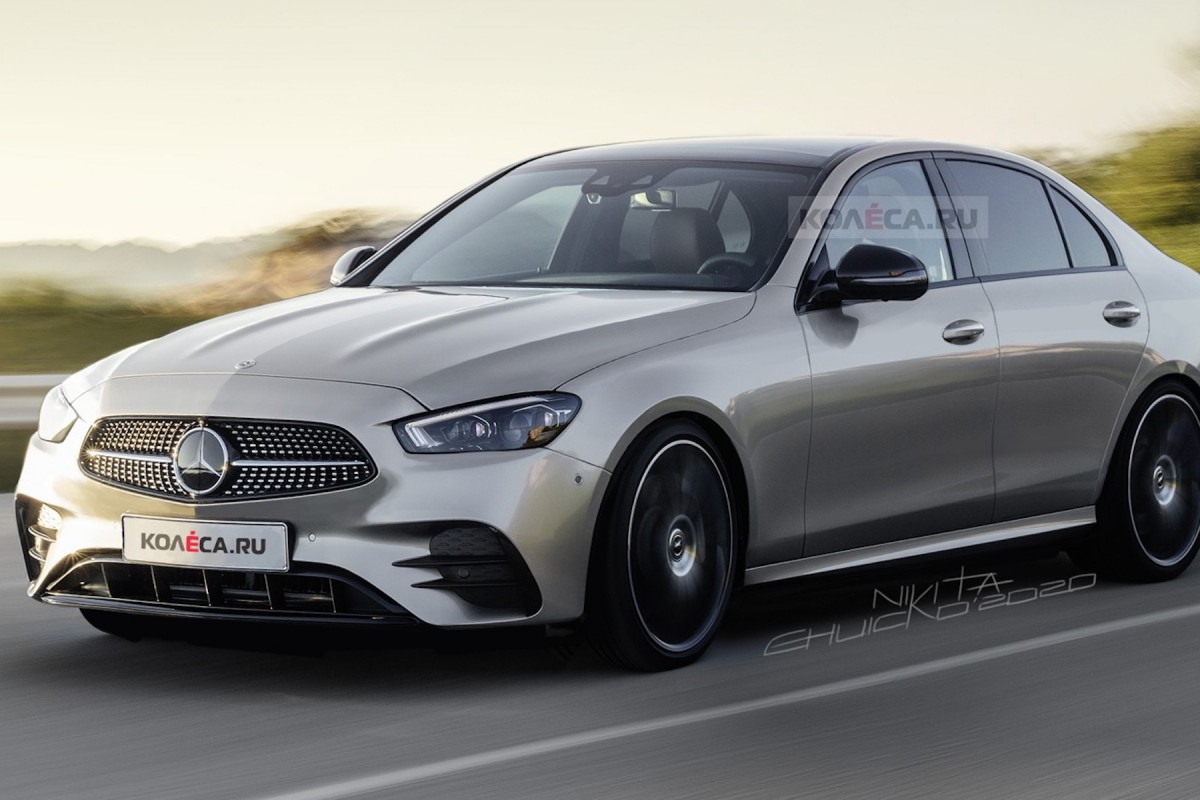 Mercedes-Maybach S-Class -May 2021
With a wheelbase 180 mm larger than the long S-Class version, optional two-color paint body, Executive Seats and Chauffeur package as standard, the new Mercedes-Maybach S-Class competes with the Bentley Flying Spur and the new Rolls-Royce Ghost. It will be the only Mercedes to have a V12 engine. 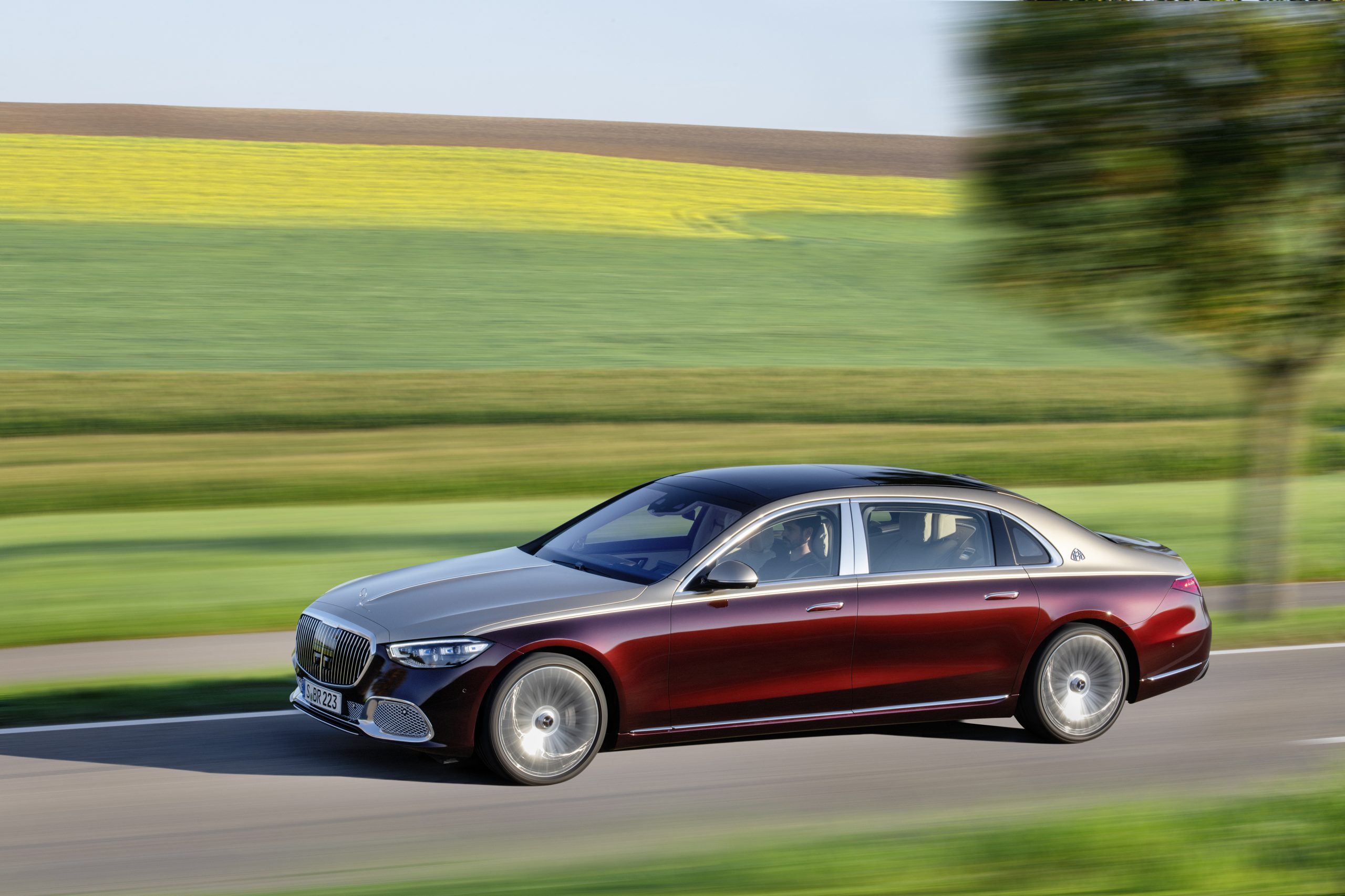 Mercedes CLS is on the list of models that will not have a successor along with the convertible versions of the S-Class and E-Class. However, the current generation will continue its life cycle until the end and will go through a facelift next summer. In the future, it seems that the CLS will be replaced by the Mercedes-AMG GT 4-door. 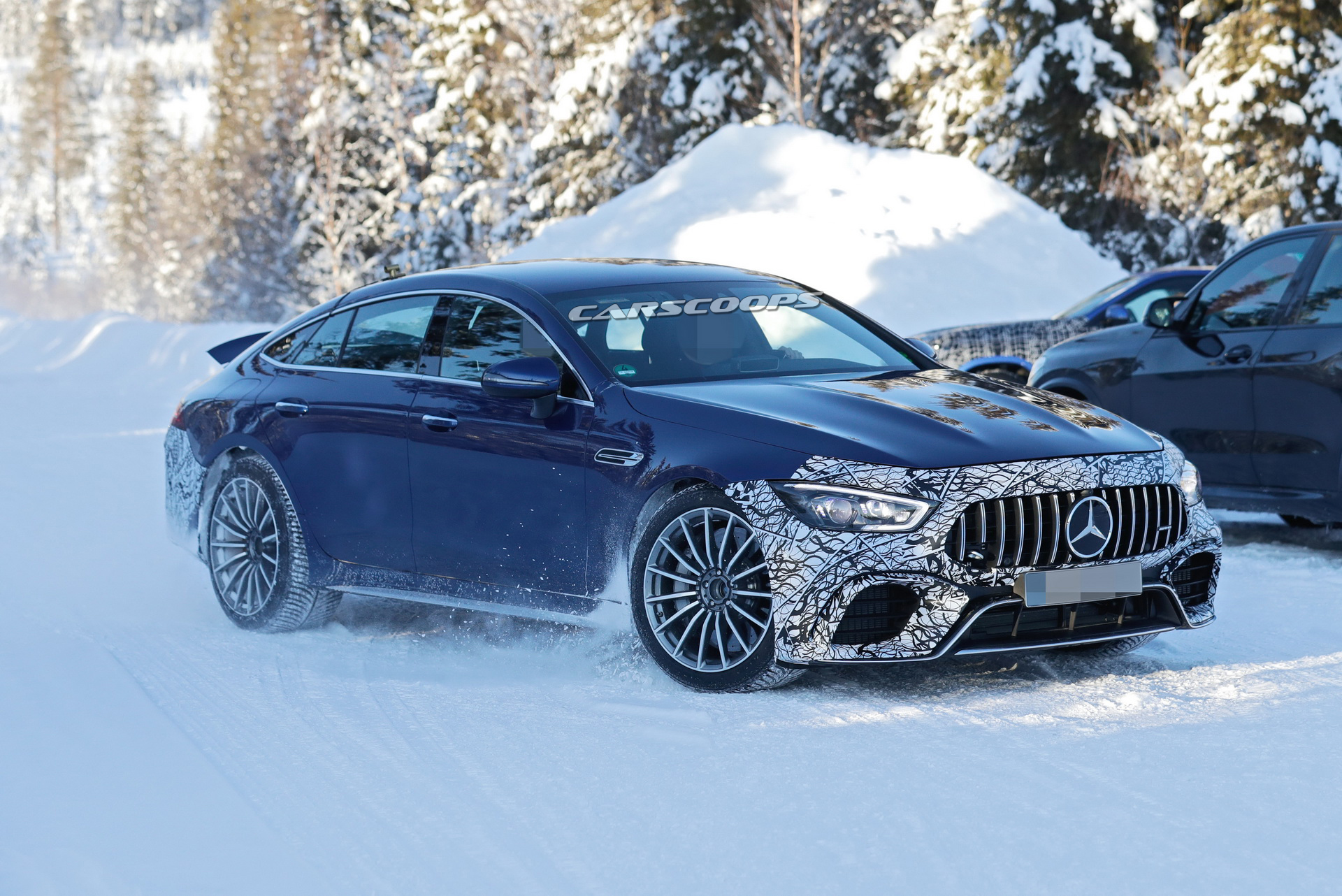 The big surprise is that the sporty versions AMG EQS will be presented in the same time with the regular EQS. 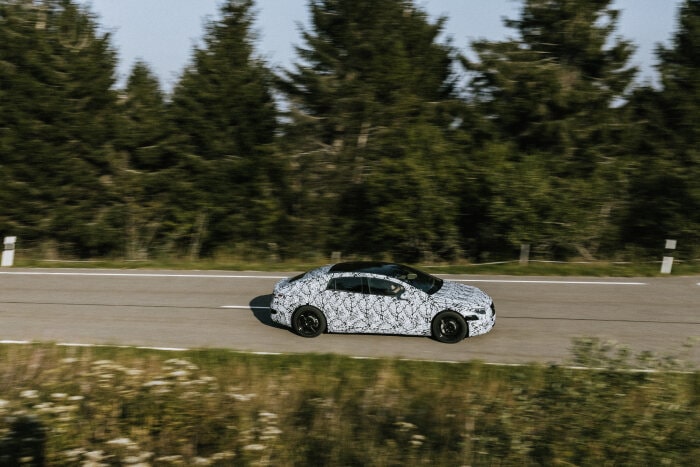 Mercedes SL – October 2021
The new Mercedes SL returns to the traditional values ​​of the first generation 300 SL from 1954. Developed by AMG on the new modular platform MSA (Modular Sports Architecture), the future SL will be lighter, will have a soft-top roof and a configuration with 2 + 2 seats. 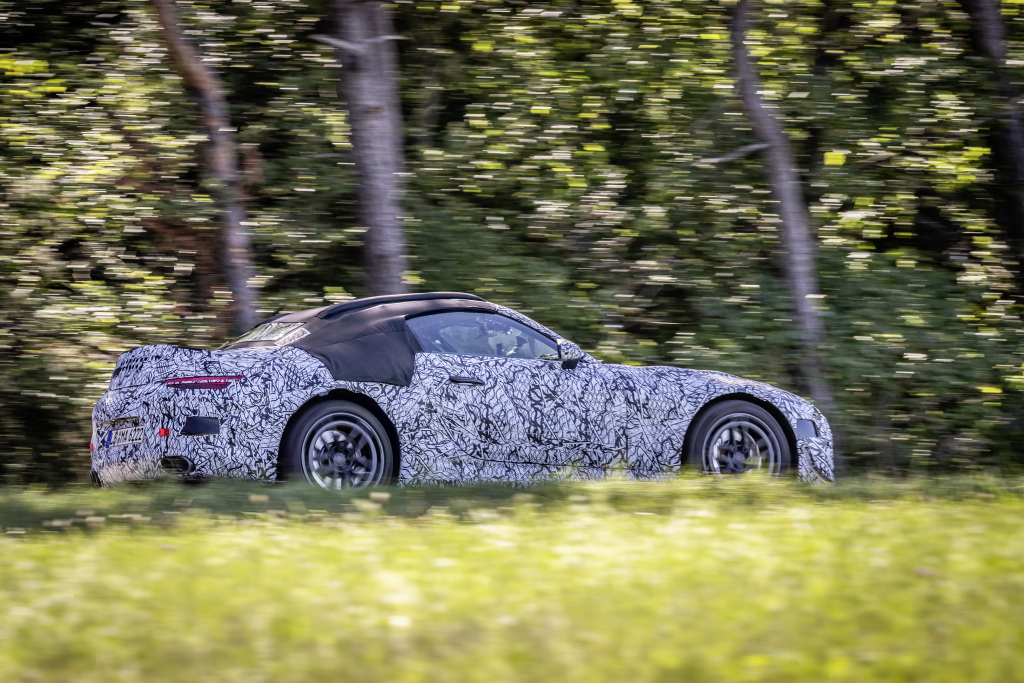 Mercedes C-Class All terrain – November 2021
After successful experience with the E-Class All Terrain, Mercedes is preparing a similar model based on the C-Class T-Model. will have exclusively 4-cylinder engines and will compete with the Audi A4 Allroad.

Mercedes EQE – December 2021
Mercedes EQE is the second electric model developed on the new EVA platform. It will have the proportions of E-Class.