The 2.0-liter turbo engine of the Mercedes-AMG A 45 could be used by bigger models, too

The rumor mill is back at work and the latest grapevine news says that the powerful four-cylinder turbo engine of the Mercedes-AMG A 45 could end up under the hood of bigger models, too, in the long run.

But it may well be that this engine soon found under the hood of other Mercedes-Benz. AMG boss Tobias Moers has just explained to blogger Paul Tan that this engine was not only designed for the extreme version of the A-Class. “The reason [why it makes so much power] is that we’re going to use it for further applications, which are not necessarily east-west applications.” Moers said, essentially confirming that it can be mounted not only in transverse architecture like in the A 45, but longitudinally as well – which can mean the gates would be open for using the engine in bigger Mercedes-AMG models.

Of course, the same 2.0-liter turbo will also find its way under the hood of future GLA and other GLB AMG. In larger Mercedes models, the engine could possibly receive electrification reinforcement. But will it eventually replace the 4.0-liter V8 in the C 63 and E 63? Purists will hope that no, that’s for sure, but in a future with stricter emission rules never say never. 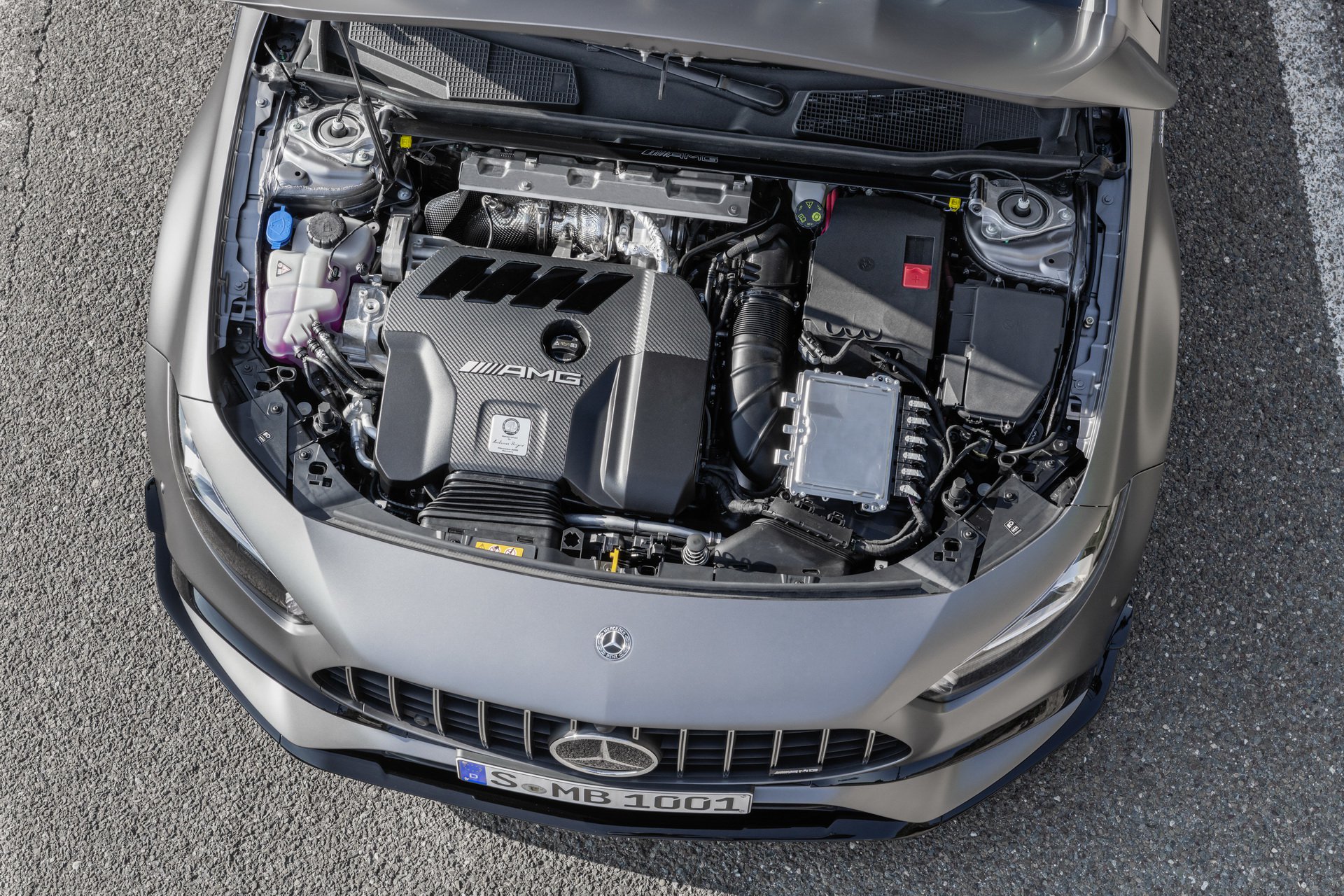