Since 2003, the CLS is the slightly different Mercedes. Generation three reaches the top of the autonomy movement with its new shark nose. Test Mercedes CLS 450 4Matic in mild hybrid guise via Auto motor und sport.

The future is such a thing that you often wonder when it will start. And as you wait for it, the amount of past increases with each passing day. We only notice in retrospect how the future will be in the future.

So off to 2003, so we can say how convinced we were of the future success of the four-door coupe Vision CLS, which Mercedes presented at the IAA. By October 2004, it entered mass production with the internal code C 219. The successor, which also had a Shooting Brake variant, premiered in 2010 with code C 218. That sounds like a step backwards, and why that is, is one the secrets of the number myth in the house Mercedes. But not to the exceptions, as we come up with: there were already in the older past, such as the Heckflosse (W 111/112) and its successor W 108/109.

That should be enough as a concurrent recollection for the test of the CLS 450 4Matic. It now wears a shark nose outside, informs Mercedes, the interior in turn is characterized by wavy design and ensures a “sweeping overall impression”. Yes, anyway, the CLS swings to better everyday benefits. Despite 1.7 centimeters less height and a flat roofline, the entry at the front and back is now more comfortable. Six centimeters more wheelbase create greater space on the three fold folding rear seat. It now houses two adults with a cuddly hold and with more headroom. In addition to waviness, the current style features the operation of the cockpit. 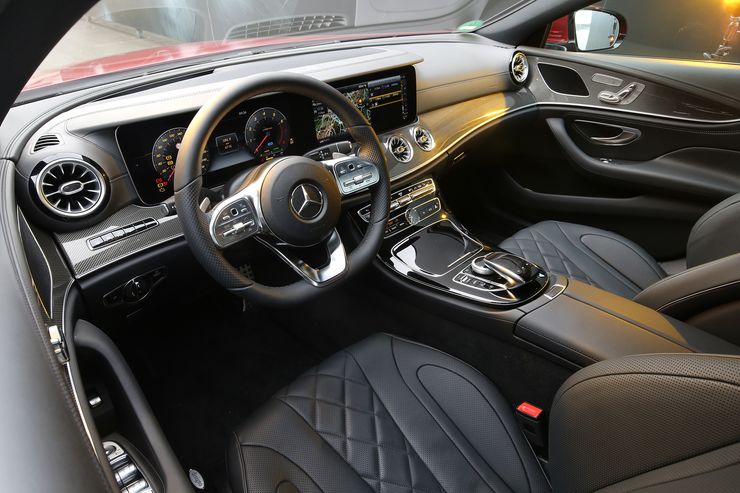 Nested infotainment menus and the shift of many functions to the two touch-sensitive areas on the steering wheel require concentration. And there is a lot to organize: important as the comprehensive assistance armada or rather out of the ordinary, such as the selection of one of 64 colors for the illumination of the very numerous ventilation nozzles. Now, if someone thinks that culminates in the progress of the CLS: is accurate. After all, it’s just the pinnacle of what Mercedes innovates and shows how deep they go into detail.

There is currently a lot of talk about that would be available for autonomous cars by 2020. Like any other production car, the CLS is a long way from that. But he combines his assistance systems so comprehensively that the driver only temporarily has to supervise that. With activated tracking and intelligent tempomat it is sufficient to put your hand on the steering wheel. Meanwhile, the CLS keeps track and distance. He can change independently the lanes on the highway up to 180 km / h. The active speed limit assistant adjusts the speed limits too. The CLS also brakes against roundabouts, intersections, bends or – if a route is programmed in the navigation system – before motorway exits. That does not sound so futuristic yet. Until you experience it.

The radar system of the CLS has a range of 250 meters, the stereo camera 500 meters, 90 of them in 3D. In addition, the Navi system provides route data: curves, altitude differences. Slightly hesitant drives the CLS up the mountain, showing in front of curves in the speedometer, how far he will slow down. 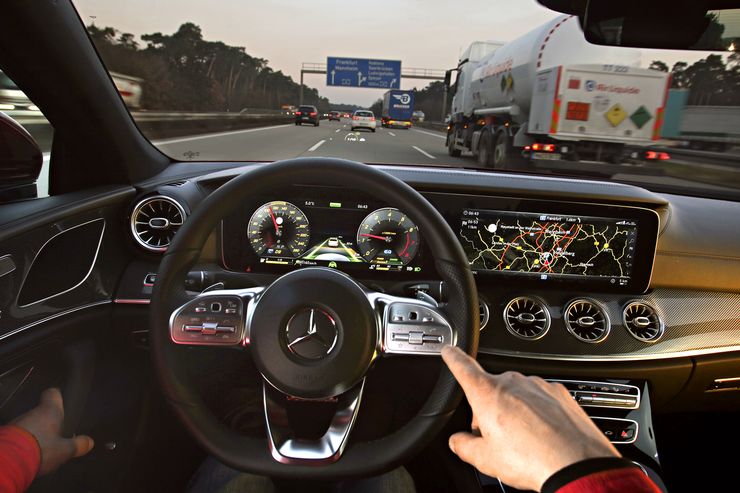 With dirty side marker loses the Mercedes a bit of orientation, so helping out when steering in the hairpin. Then he gently speeds up the long right, which closes. Has the CLS already included, brakes early. That feels like being with a novice driver – which he is. It’s only the beginning of a development – one that lends itself to approaching the limit from below. And if you look how inattentive other motorists are here, it makes the Mercedes really great.

In addition, Mercedes networks the capabilities of different systems. If the CLS drives behind a car in front, it detects the distance radar and regulates the distance automatically by means of recuperation instead of braking. So energy flows back into the battery of the 48-volt system. It uses it for power supply when the electronics switch off the engine in sail mode. Or as a boost. With 22 hp / 250 Nm, the starter generator supports the three-liter straight-six petrol engine. Not that it has the need for such support, with its 367 hp and 500 nm. The boost gives the engine gentle additional power. The CLS gets faster very fast, indeed. 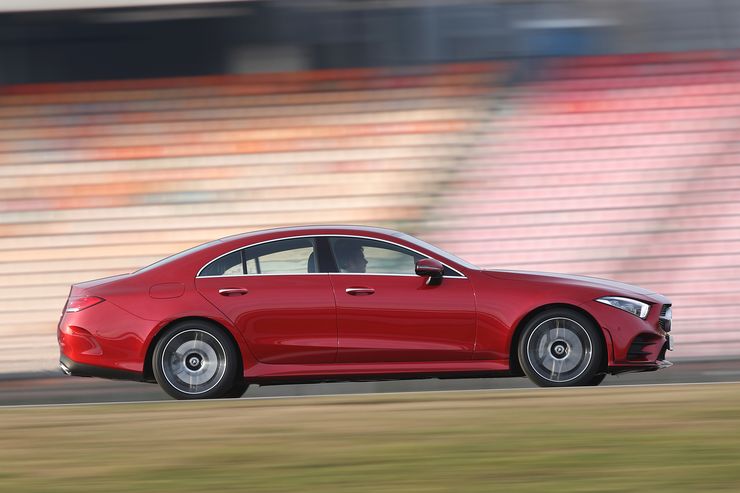 This is also the wide translation of the automatic gearbox. It walks through its nine stages in a hurry, unerringly and smoothly, pushing the engine with its twin-turbo power from low revs. With the partial electrification this ensures amazing efficiency. In the test section, the particulate filter-equipped CLS consumed 10.2 l / 100 km, while the Eco-lap required 7.5 l / 100 km.

These were entertaining and comfortable kilometers. And fast, because actually such a CLS is indeed a long-distance shortener. But now it has also become a country road master. With the smooth-precise steering and variable ratio, the CLS curves neutral, agile, graceful and very sure in bends. The four-wheel drive with gentle torque overhang on the rear axle (55 percent) ensures flawless traction and dynamic rear push when accelerating. In Sport mode, the steering gives a little more precision, the multi-chamber air suspension hidding a bit of the superior fluffiness. Even with the streamlined set-up, the Mercedes retains supple comfort.

Which gives a nice transition to the five stars for the CLS. As modern as it is today, the future must first become.

Conclusion
The future has changed nicely: The Mercedes CLS 450 4Matic shows how safe, comfortable, autonomous and – with more than 360 hp – sporty can be a conventional car. Five out of five stars for Mercedes’ new star. 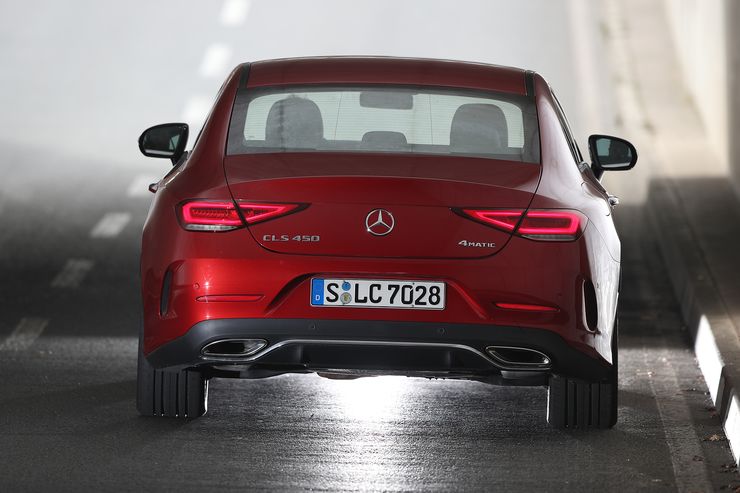