Mercedes and BMW wanted to offer access to this elegant world of 4-door coupes at a more attractive price and both models start at under 32,000 euros and reach about 34,000 euros with automatic transmissions in the test.

At first contact the two models are half compact because up to the front door they are similar to the Series 1 and A-Class brothers. The space in front is comparable to the one offered in the compact class but the seating comfort is two classes higher, says Auto Bild. 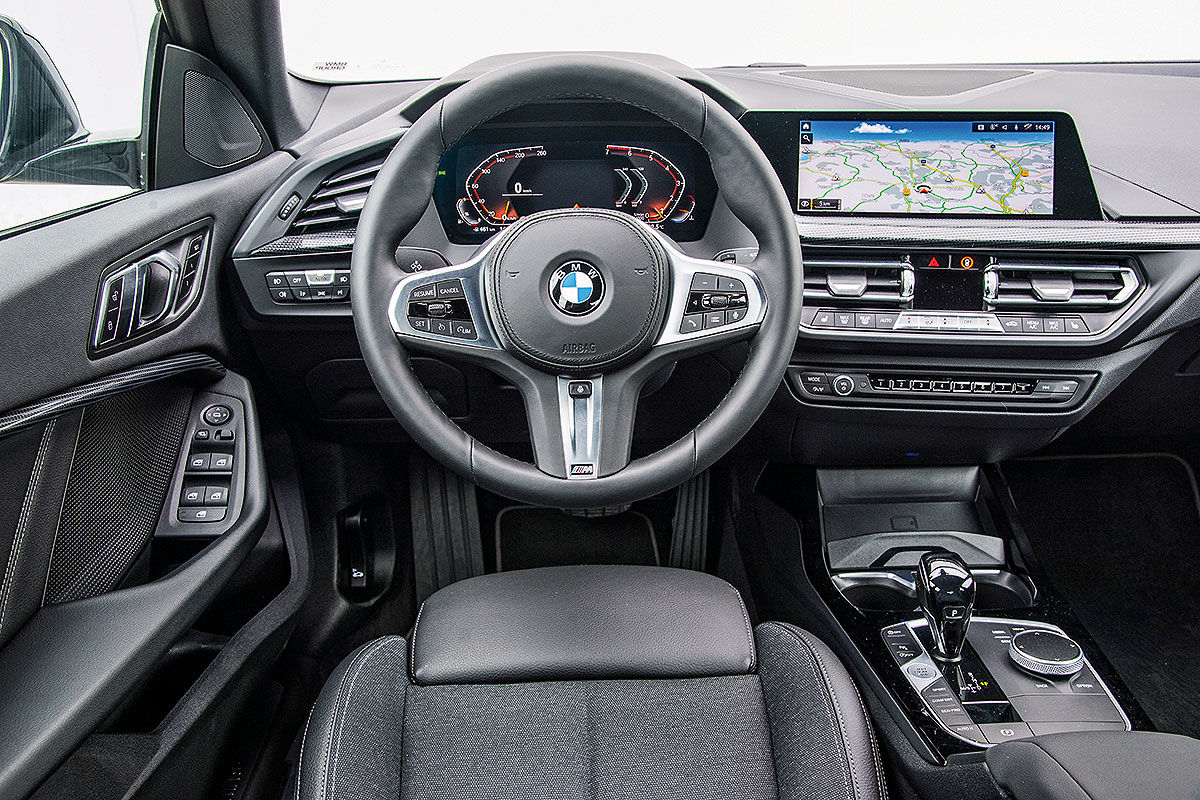 Instead, the visibility around is obstructed especially if we talk about the diagonal visibility on the right rear. And the roof that goes down to the rear kidnaps something from the headroom of the rear passengers. Also, in BMW the rear window does not completely lower only Mercedes offering this simple feature. However, kneeroom and headroom in the rear  may be considered acceptable. And the trunks offer a decent volume with 450 liters for Mercedes and 20 liters less for BMW. 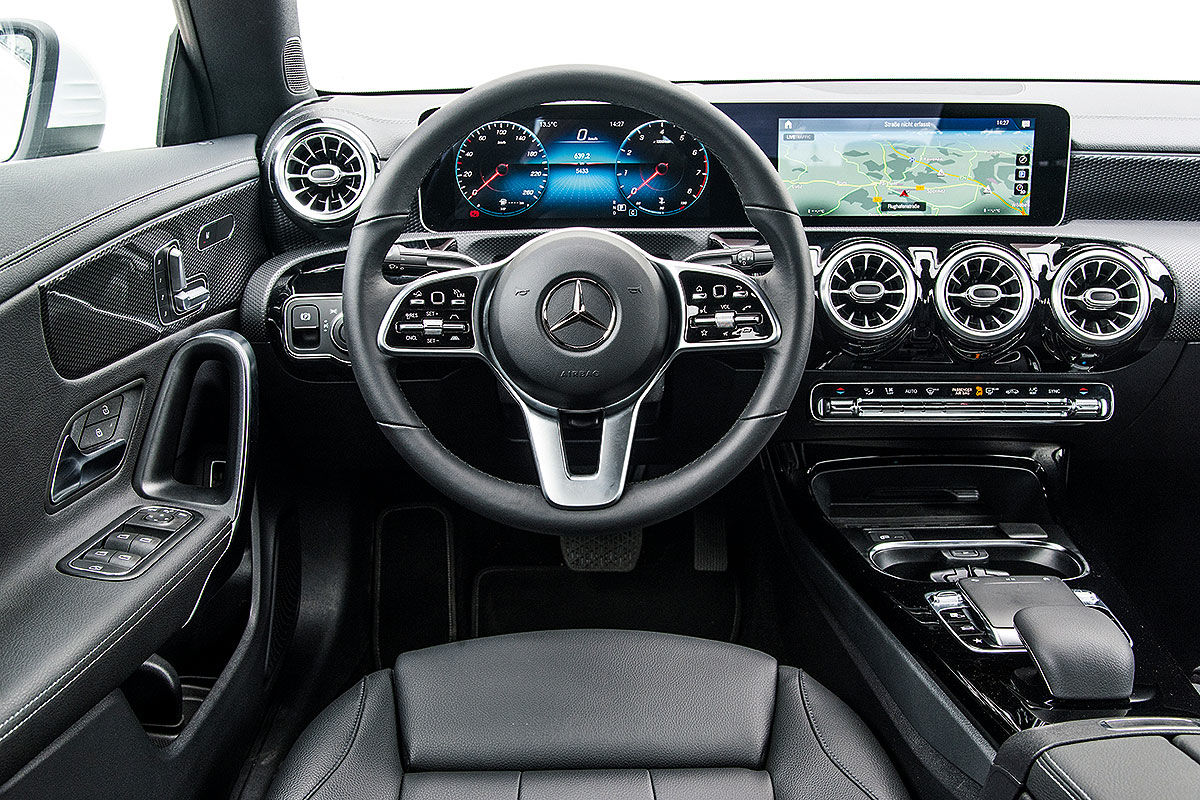 BMW has a better engine

The Mercedes CLA 180 has a 1.33-liter turbo engine made with Renault that delivers the 136 hp to the front axle through a 6-speed manual transmission. Optionally, the test car was equipped with the automatic transmission with double clutch and 7 gears made by Getrag (2,094.40 euros). Due to the turbo supercharging, the engine has a maximum torque of 200 Nm. The BMW 218i Gran Coupe has one less cylinder under the hood.

The three cylinders with a displacement of 1.5 liters delivers the same 136 hp to the front axle (BMW 2 Series Gran Coupe is built on the UKL architecture from the Mini, 1 Series, X1 and not on the rear transmission platform from the 2 Series Coupe/Convertible) through a 6-speed manual transmission. like Mercedes, the test car was equipped with the optional 7-speed automatic transmission and double clutch (2,100 euros).But only Mercedes offers shift paddles on the steering wheel.

Although it has one cylinder less, BMW’s engine works better. The engine delivers a lot of power in the mid range, revs linearly and gives the almost equally heavy 218i better driving performance. The Gran Coupé, for example, ticks off the sprint to 100 km/h in 8.3 seconds, while the CLA 180 takes around one second longer to reach 100 km/h.

In the Mercedes, the four-cylinder looks unexpectedly exhausted. It is too audible at small load and is struggling through the rev range. The rough transition from clutch lock and power delivery is annoying when starting off. When you accelerate hard, the engine revs but power delivery is delayed. In addition, the drive unit of the CLA 180 takes more time during the kickdown, with consumption of around seven liters at the level of the 218i. Definitely, the marriage between the Getrag gearbox and the Renault engine is not the happiest.

The BMW feels more authentic when driving except the high-speed driving in straight line on highway. Mercedes has a better balanced steering and gives a better safety impression at the limit in the avoidance test and load change behavior. But the ESP is also not as sensitive and nimble as that of the BMW.  If the front wheels of the 2 Series Gran Coupe are in danger of spinning, the electronics adjust the grip much faster than the CLA manages. BMW understeer less than the Mercedes.

Mercedes has a more clean engine

Mercedes CLA 18-inch wheels (17 at BMW) affect the comfort of the suspension when overcoming short bumps.
On the other hand, the Mercedes engine is sorted according to the latest and most stringent emissions standard. Auto Bild reward that with ten points more than the BMW in the environmental chapter. 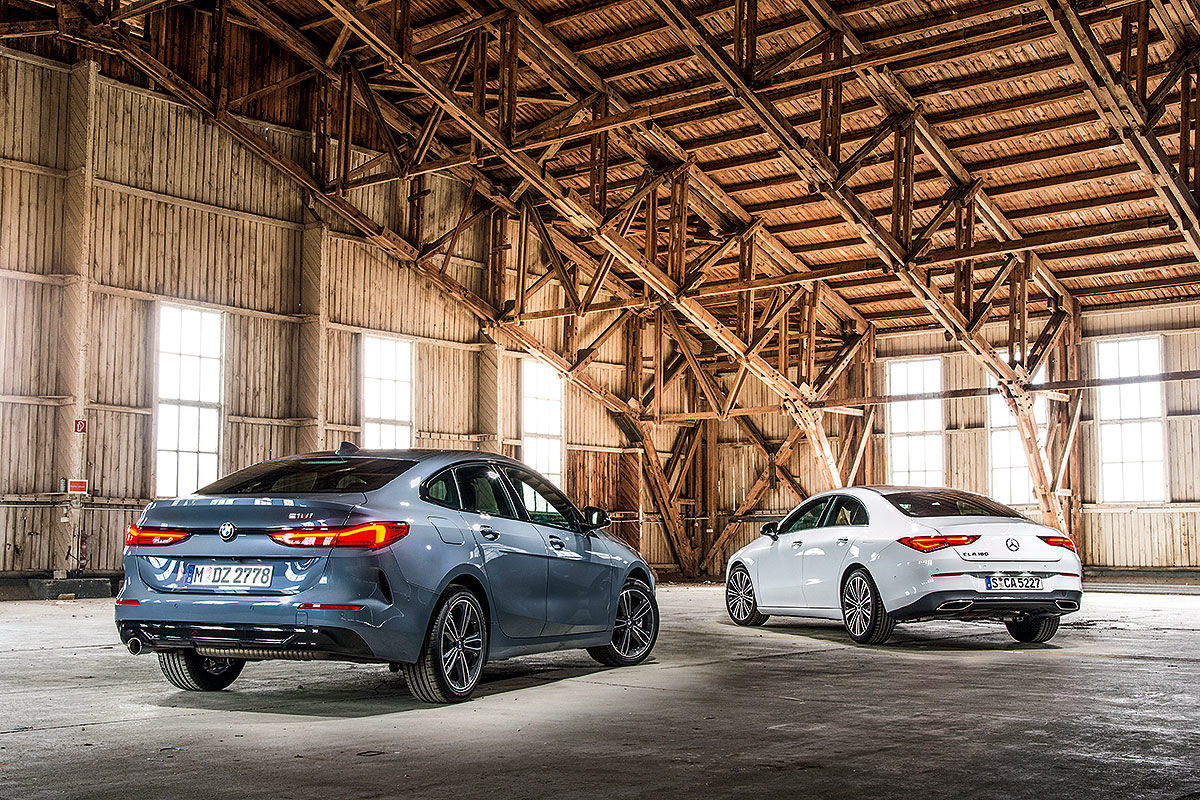 In the end we have a match Mercedes CLA vs BMW 2 Series Gran Coupe. A chic four-door coupe body in combination with such a small engine is not the best solution for a premium brand. If we want to enjoy more of what these premium brands offer then we need to look at engines at least one step higher.