It is good to know. The new Mercedes X-Class, the first pick-up in the history of the brand, is based on the Nissan Navara. For the X 220 d and X 250 d variants, the turbo or biturbo engine with 4 cylinders, the 6-speed manual gear box or the 7-speed automatic one, as well as the non-permanent all-wheel drive system are Nissan-sourced. Mercedes has built a pick-up for the first time, because the SUV explosive trend re-sparkled the pick-up request as well. It is just that the pick-up is not only desired as a work vehicle, but also as a lifestyle one or for journeys. For this exact purpose, Mercedes developed a super pick-up, that benefits from the Mercedes technology. 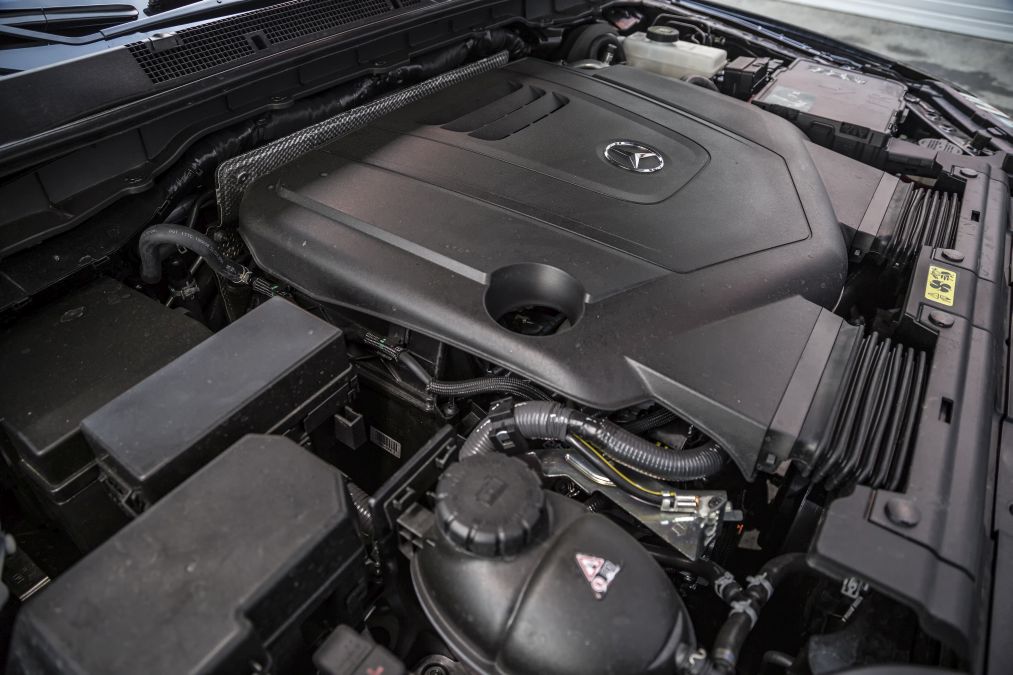 Compared to other variants, the gear selector features the 4MAT position instead of the 2WD. It is also a 4×4 mode, but it has been upgraded for lower fuel consumption figures. Turning the switch to the right, we can select the other modes, 4H and 4L, the latter also engaging the gear reductor with a reduction ratio of 2.9:1. Same for the other variants, the rear lock differential (720 euro extra) can be engaged via button. The 4H can be engaged from the 4MAT switch on the move up to 100 km/h, while for the actuation of the 4L mode, you need to stand still and switch the gear shift into the N position.

You may also want to read this:

Compared to the rest of the variants, the X 350 d 4Matic is more exquisite, since it is standardly equipped with the Progressive Interior and Exterior package. It includes, besides the design details such as the radiator grill with twin blades and the integrated Mercedes logo, painted in matt iridium silver, chrome door handles or side mirrors in the body color, 17-inch 6-spoke wheels and Thermotronic automatic climate control, multifunctional steering wheel in leather, with shift paddles, dashboard indicators in two separate tubes, Keyless-go access, start&stop system and Dynamic Select controller for the drive train. The top-of-the-range Power package comes for extra money like for the other variants, but for the X 350 d 4Matic, the price is halved: 4,641 Euros, compared to 9,032 Euros. 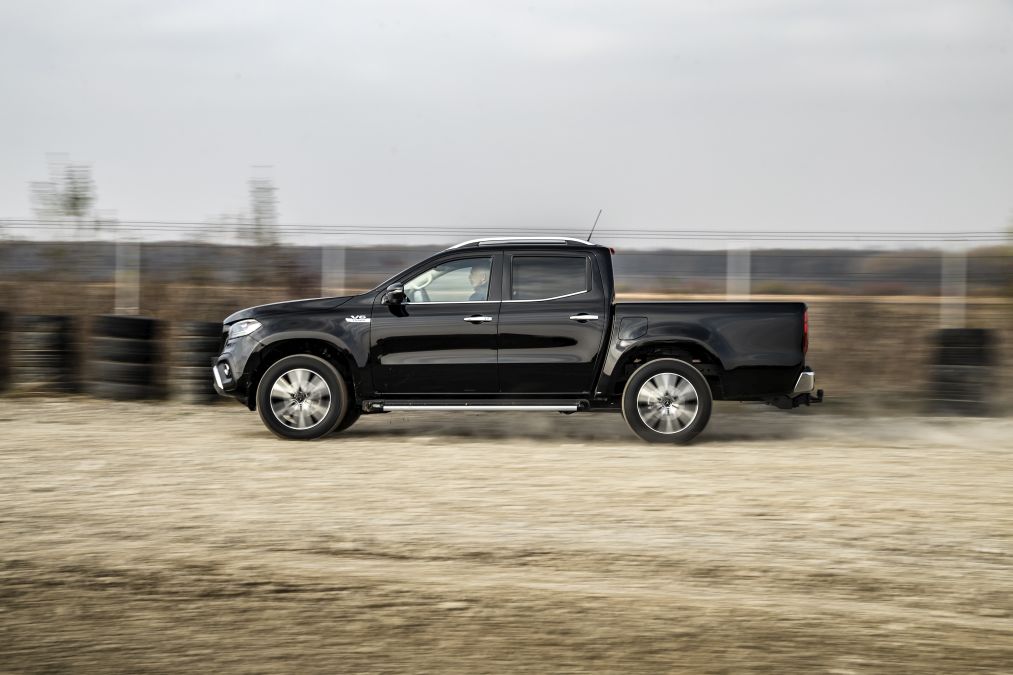 The V6 engine thrusts with an amazing force for the segment and vigorously pulls from 1,500 rpm, the peak torque of 550 Nm being reached from 1,400 rpm already and being maintained up to 3,200 rpm. The 7-speed automatic gearbox features a slight lag when you want to quickly overtake, a response familiar from the former Mercedes sedans, but provides plenty of comfort in operation. The huge torque is felt when going uphill as well. You put the gear selector in D, let the engine idle and the car starts to ascend effortlessly. The X 350 d 4Matic retains the exceptional angles of the other variants, which are best in class (approach angle /ventral angle/ departure angle 30,1/22/25,9 degrees) if the higher ground level of 221 mm (extra 321.30 Euros) is ordered. 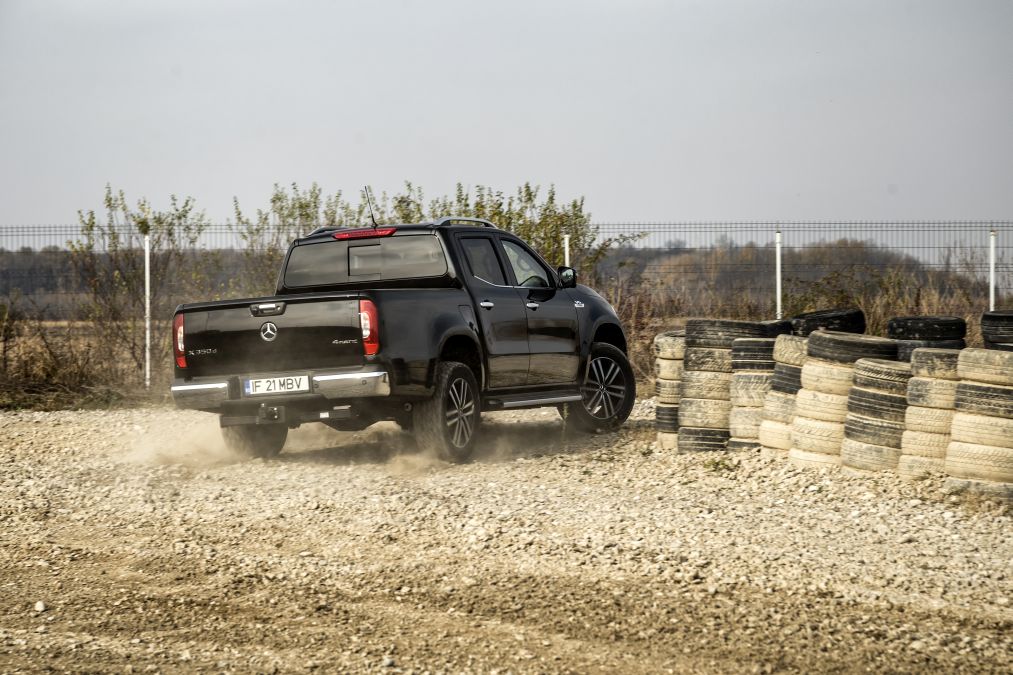 On a long drive, it feels massive, but it springs like a high-performance SUV on a straight. The driving comfort is one of the best ever encountered in a pick-up, thanks to the Navara rear rigid axle with multilink connection, that fits like a glove the Mercedes nature. The X-Class is also very well insulated, almost like an SUV.

The exceptional rigidity of the Nissan-sourced chassis, combined with the immense output of the V6 engine for a pick-up provides you with the feeling that you can get anywhere by this car. The price of such freedom is not too high either, since the fuel consumption gap between this and the 4-cylinder 190-horsepower variant is of only 1.4 l/100 km. 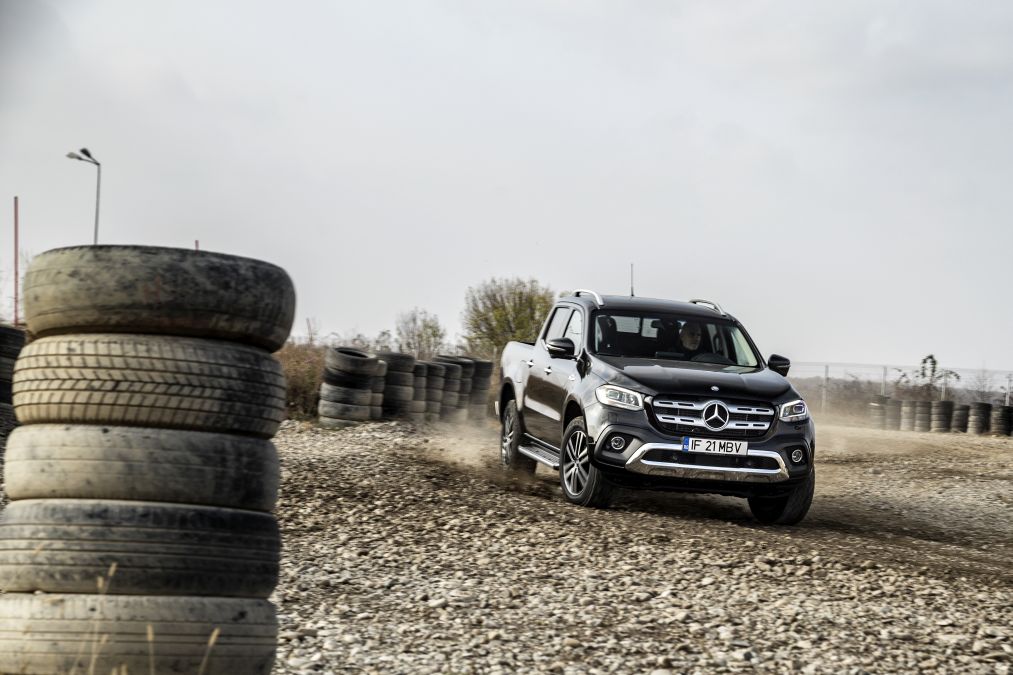 The interior is similar to the other variants, holding the typical Mercedes features, but the Comand navigation system belongs to an older generation. But how many pick-up trucks out there can boast an infotainment system of the level of this former generation Comand?

Verdict|The Mercedes-Benz X 350 d 4Matic is not just a work horse, but a high-performance pick-up, for which the exceptional stiffness of the chassis, combined with the great power for this category, allow you to approach any kind of obstacles. The X 350 d 4Matic is a genuine Mercedes from all perspectives, providing high-class comfort and a low-level noise, compliant with the standards of the brand.