Mercedes-Benz celebrates the 50th anniversary of the C 111 research and development iconic hypercar at Techno Classica 2019. Six original prototypes will be displayed at Mercedes exhibition stand, in Hall 1.

The first Mercedes C 111 was revealed at the Frankfurt Motor Show in September 1969. This high-performance sports car used the latest aerodynamic innovations, something that gave the model its distinctive wedge shape. The C 111 served to test the Wankel engine. A three-rotor unit developing 280 hp provided the propulsion power and permitted a top speed of 260 km/h, a rather impressive value at that time.

A few months later, Mercedes-Benz presented a heavily revised version of the C 111 at the 1970 Geneva Motor Show. This time, the concept featured a four-rotor Wankel engine with an maximum output of 350 hp. The car accelerated from standstill to 100 km/h in 4.8 seconds and reached a top speed of 300 km/h. This new four-rotor variant was more polished with a sophisticated design that appeared close to production ready. Speculation began that the C 111 would be a modern-day successor to the legendary 300 SL of the 1950s.

Ultimately, Mercedes-Benz never put these cars into series production, but instead made use of them as research and record cars. The 3-liter, five-cylinder engined C 111-II D, almost unchanged on the outside in comparison with 1970, was powered by a thoroughly revised five-cylinder diesel 3.0 litres engine with 190 hp. Developed to test a new exhaust gas turbocharger and a charge air cooler, this car ended up setting 16 world records in Italy, on the Nardo circuit, back in 1976.

The two gullwing-door sports cars from 1966 and 1969 can be seen at the Techno Classica together with their successors. Techno Classica 2019 takes place in Essen, Germany, and begins on Wednesday, April 10, 2019, at 2:00 pm with a preview day and ends on Sunday, April 14th. From Thursday to Sunday, the fair opens at 9 am and closes at 2 pm. The entrance fee for adults at the box office is 25 euros (online ticket: 22 euros), for pupils, students, unemployed, pensioners, the disabled and young people from 15 to 17 years 20 euros (online: 18 euros). Admission on the preview day costs 45 euros at the box office and 40 euros in the online ticket office. 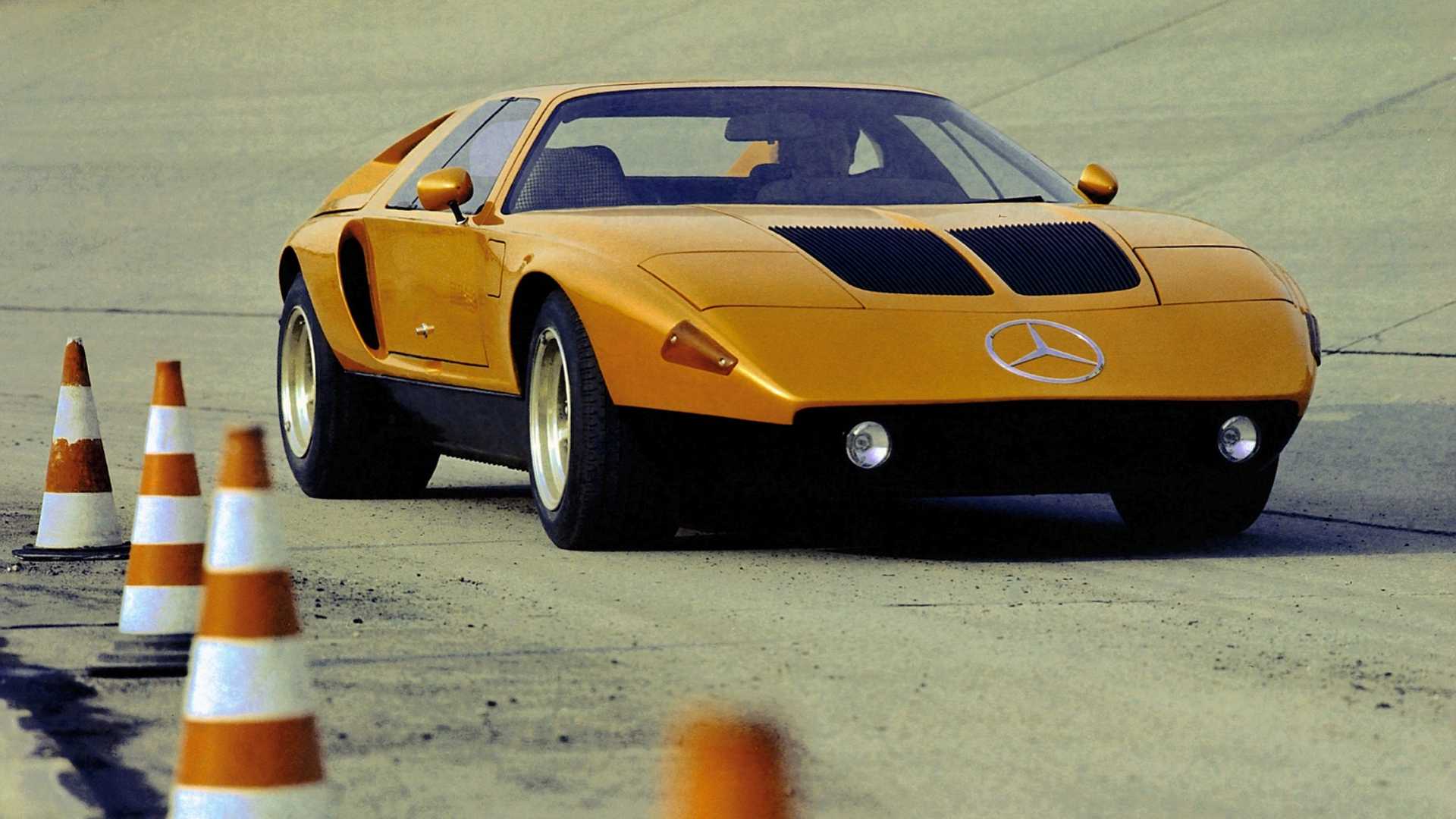