When you are a world champion working for Mercedes-Benz, you get the best treatment possible. This is how Lewis Hamilton ended up in the rear seat of a Mercedes-Maybach, together with one of the Japanese beauties.

They first make a stop at the Shuhally Tea House in Tokyo to attend a traditional tea ceremony. A building all made by wood and bamboo, that impresses Lewis Hamilton with its serenity. The gorgeous Japanese actress and fashion model Hikari Mori plays the part of guide and hostess. 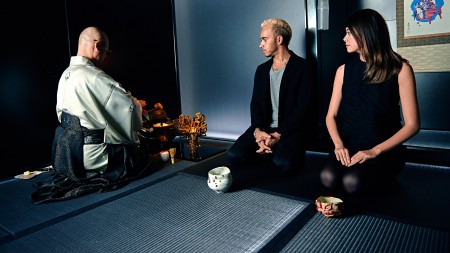 A master of the tea ceremony teaches Hamilton how to handle the tools to make the delicious matcha, the green tea.

Then, they get back to the Mercedes-Maybach for a city tour.

“This is really one of my favorite cities in the world”, Hamilton confesses. “It definitely is in my top three.” On their way, Hamilton tells his attractive companion about how his family invested all money in racing when he was a kid, so he had to keep his distance from other passions like fashion, for instance. But once he entered Formula One, everything changed. “I love seeing new creations, I like seeing the designs”, he says.

The conversation flows towards the Japanese super fans, that he calls amazing and the most polite he has ever met.

“There is one lady from here, Sachiko, that travels to so many races”, he remembers. “And there is a kid dressed like me. He has my race suit on, my cap, even a Teddy-Bear doll of my dog.” 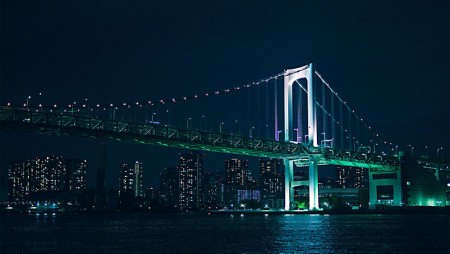 After passing by the 332-meter Tokyo Tower, the Hamilton’s sponsors’ Hugo Boss store and along the Rainbow Bridge, Lewis and Hikari are sailing on the Sumida River in the Hotaluna Cruise ship.

“All the years I have been coming here, I have never been out here”, Hamilton says while waching the breathtaking skyline of the Tokyo Bay. 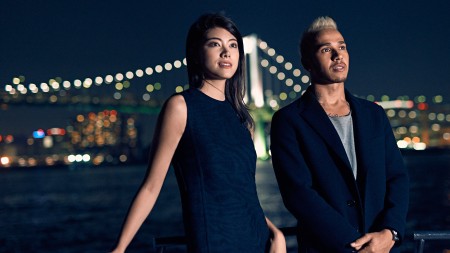 “I am sure you are going to win”, the actress told Hamilton and her prediction was correct. The Briton got the first place in Suzuka, followed by his Mercedes AMG Petronas teammate, Nico Rosberg.

Next stop is Moscow.