Susie and Toto Wolff took out the Mercedes-Benz 300 Gullwing for a drive. The car is part of what used to be an impressive collection belonging to the Mercedes Team Principal.

Toto Wolff used to have one hell of a car collection. But most of them were put up for sale this past summer. The Mercedes-AMG Petronas Team Principal and shareholder decided to sell even one of the cars that he helped the carmaker develop back in 2008. It’s a Mercedes-Benz SL 65 AMG Black Series, one of the 350 that rolled off the assembly line. Back then, Wolff lapped the Nordschleife again and again helping the team find the perfect tuning for the car.

“I don’t get to drive the cars anymore. I don’t have enough time”, he said to justify the move.

But there is one car that he makes time to drive. Selling it never came across his mind. It’s the Mercedes-Benz 300 SL Gullwing. He used to drive it even more often with the non-executive Chairman of Mercedes-AMG Petronas, his good friend, Niki Lauda, along the winding roads around Vienna. But Niki passed away in May 2019. It didn’t take long before the car came out in broad daylight again.

Toto’s wife, Susie, a former racing driver and CEO of Formula E team Venturi herself, posted several pictures from an exquisite getaway. The photos show her husband behind the wheel of the 1955 classic coupe and a spectacular sunset. 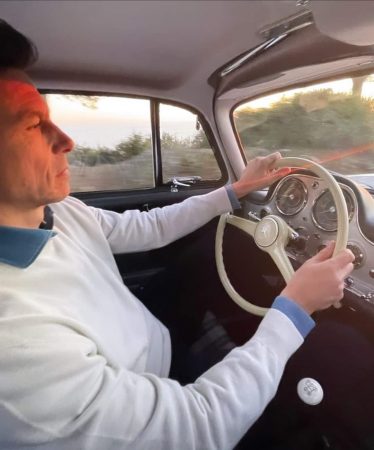 They are both still on holiday, but that won’t last long. Toto Wolff already flew, two days after his birthday to meet the new FIA president, Mohammed Ben Suleyman, who replaced Jean Todt. The Frenchman had spent 12 years at the head of motor racing.

Furthermore, his team will be resuming work in February. Mercedes-AMG Petronas announced the launch of the W13. Fans will get to see it in all its glory on February 18. The pre-season testing kicks off five days later. 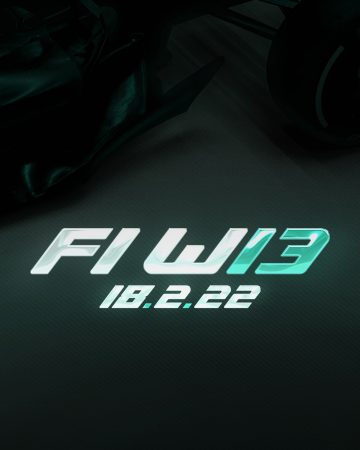 It is the first season for George Russell, former Williams driver, in the Mercedes-AMG racing car. He replaces Valtteri Bottas, who signed a multi-year deal with Alfa Romeo Racing.

Lewis Hamilton will be attempting his eighth World Championship title following the heartbreak race in Abu Dhabi. Max Verstappen overtook him on the last lap of the season’s last race and took the crown.