A super-rare Mercedes-Benz SLR Stirling Moss Edition is currently on sale for a super-high price. Only 75 such vehicles were built in 2009, as a tribute to one of Britain’s greatest racers, the man who took a Mercedes-Benz 300 SLR sports-racing car to glory at the Mille Miglia legendary race in 1955.

Only two were made in white with black carbon fiber and Xenon lamps, which makes this automobile probably the rarest SLR Stirling Moss configuration. The two-seater features an interior in carbon fiber and red leather. 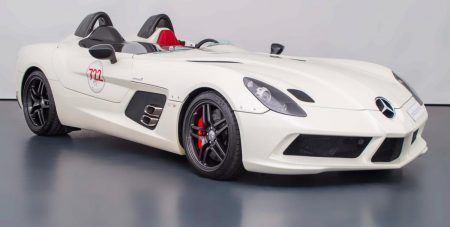 The car only weighs 1,551 kg, a lot of weight saving being achieved thanks to the lack of roof and windscreen. 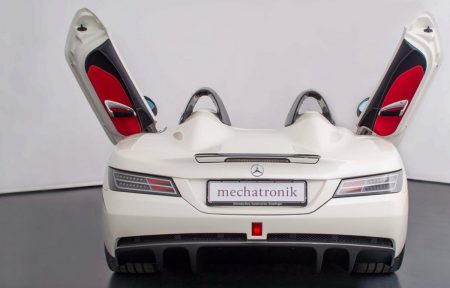