The new Mercedes-Benz A-Class sedan stars in the ad that Mercedes-Benz will be airing at the Super Bowl 2019, on February 3rd. The commercial is called “Say the Word”. Artist Ludacris, PGA champion Rickie Fowler and iconic Looney Tunes characters also show up in the film.

The short film brings to the front a new world, in which all things happen according to your command, hinting that this is how it feels onboard the new Mercedes-Benz A-Class Sedan, the first member of the A-Class family to make it to the United States. 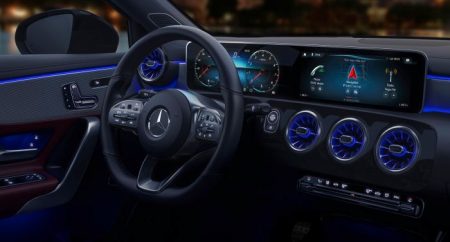 Why the feeling that you’ve got the world at your little finger? It is all due to the Mercedes-Benz User Experience (MBUX) system, that puts together voice recognition with voice-activated artificial intelligence technology. Therefore, it is enough to say “I’m cold” and it acts accordingly, setting a comfortable temperature onboard.

It is enough to say that you are hungry and you get suggestions of restaurants in the area or along your route. Asking for the score of the football game underway will also get an answer.

The 60-second commercial, created by the New York-based company Merkley+Partners, will be aired during the second quarter of the game.