Mercedes-Benz goes into the third quarter of 2017 marking a double-digit growth and best-ever July sales, at 181,791 vehicles, an 11% increase. E-Class Sedan and Estate are two of the models that contributed to the best figures since the beginning of the year in all sales regions.

Since the beginning of the year, Mercedes-Benz has sold 1,326,065 vehicles (+13.3%), turning the Stuttgart-based company into the premium brand with the most new-car registrations last month in Germany, Italy, Belgium, Switzerland, Portugal, Taiwan and Canada.

“With growth in unit sales of eleven percent in July, Mercedes-Benz started the third quarter with a new sales record. Additional demand will be stimulated by the new S-Class Saloon, which we started delivering to our customers in Europe in July,” stated Britta Seeger, Member of the Board of Management of Daimler AG, responsible for Mercedes-Benz Cars Marketing & Sales.

76,153 cars stayed in Europe, turning the continent into the biggest sales region for Mercedes-Benz and posting a 10.4% growth. 560,273 units were delivered to customers in Europe in the first months of the year, with more than a third being reserved to German customers. France, Italy, Spain, Belgium and Switzerland also keep the three-pointed star brand on top. 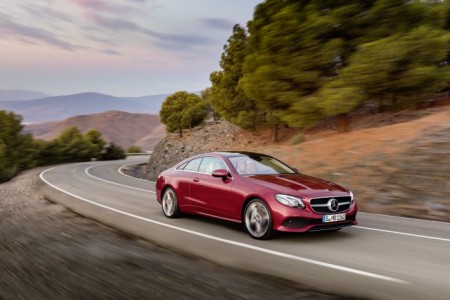 There were 70,266 Mercedes-Benz automobiles sold in July in the Asia-Pacific region, 48,588 of which going to the Chinese customers.

It was the E-Class Saloon and Estate that made a major contribution to the premium brand’s success in July, with 28,693 units sold worldwide. The long-wheelbase version of the E is especially popular in China, where it is actually being manufactured.

The GLA and the GLC also marked new sales records, as 450,000 SUVs have been delivered to customers worldwide.

The demand for the coupes, convertibles and roadsters was high for the summer, making the variants point a 18.2% growth, at over 14,000 units. There were over 100,000 such dream cars sold in the first seven months of 2017.

The tiny smart can’t complain either. 10,268 tiny cars were sold in July, with an especially strong growth in Germany.