Subtlety is everything. This what RevoZport Mercedes-AMG GT tuned supercar proves with its discrete design upgrade.

Minimal enhancements are at the core of RevoZport’s specially developed aero kit. The Mercedes-AMG GT now benefits from the addition of new front splitters and canards, complemented by either a trunk lip spoiler or a fixed GT wing for increased down-force at high speeds. 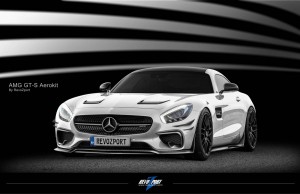 For extra resistance, RevoZport says some of the parts were made from carbon Kevlar, a material which should make them virtually imune to scratches. Regular carbon fiber was used, on the other hand, for modelling the side skirts, the rear diffuser and spoilers.

Interestingly enough, all parts were designed by RevoZport in CAD, then simulated by CFD, reducing the time from design to production.

Nothing to report tech-wise, since RevoZport basically limited its subtle intervention to exterior styling and aero elements only. Still, the RevoZport idea of tuning the Mercedes-AMG GT shows that this is one supercar which stands out even in the absence of eye-popping visual enhancements.