The strongest ever made – the new smart Brabus

Never before has a smart been so strong. With 80kW/109 HP, the brand-new smart Brabus claims its position as one of the sportiest cars in its segment. Brabus worked on its engine, suspension, steering and transmission to make the tiniest car in the Mercedes-Benz range good for a racing sensation.

And it’s not just the electrical and mechanical twist that makes the sporty smarts stand out. The latest generation comes with matt grey rear diffuser insert with chrome-look tailpipe trims and high-sheen and matt painted Brabus Monoblock IX light-alloy wheels. 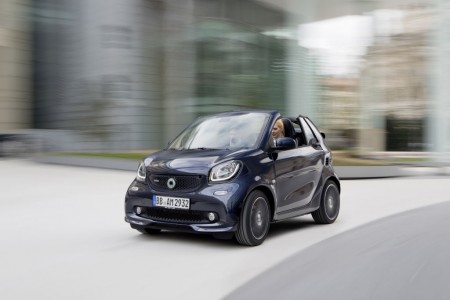 All new smart Brabus models come standard with the Cool & Audio package and the proximity warning function. The fortwo coupe and the fourfour boast a panoramic roof. 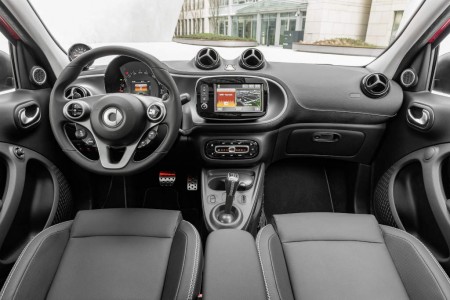 If all these should still not be enough, the customers can tick the Brabus Xclusive box for special features bringing an even greater sporty feeling. The package includes sport seats wrapped in nappa leather/black leather with grey topstitching, an instrument panel with a typical Brabus look as well as a Brabus-styled dashboard instrument with cockpit clock and rev counter. 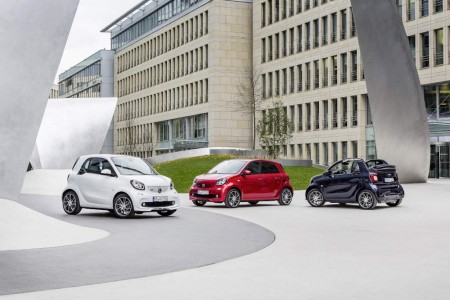 Floor mats with the tuner’s logo and Xclusive badgers in the mirror triangle and the B-pillar are also included. The highlight of the package are the LED & Sensor package and the heated seats for the driver and front passenger.

The new smart Brabus makes its debut in China, at the Beijing Auto Show. The first models will hit the showrooms in July.

First video ever of the new smart  Brabus forfour:

First ever video of the new smart Brabus fortwo: