Stronger than Gravity. The G-Class defies the laws of physics

The G-Class defies time and the laws of physics. That is what it was built for in the first place, 40 years ago. The iconic off-roader once again demonstrates its ability in a stunt never before attempted.

The G-Class drives along the 101-meter high wall of the Punta Negra dam in Argentina. The model that braved to the heights of the construction was the G 350 d that weighs 2,451 kilograms. 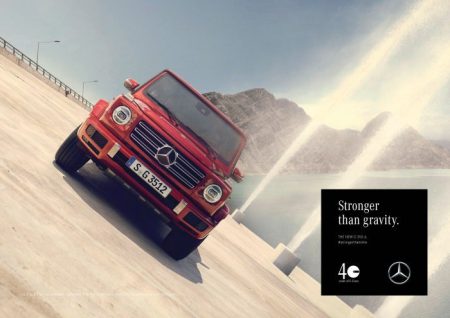 “Over 40 years the G-Class has been continuously developed further, while retaining its character and unmistakable key attributes. Its DNA is stronger than trends, defying both the passage of time and even gravity. We have dramatically demonstrated this with the drive, where the G-Class moves along a dam wall above the abyss,” says Dr. Gunnar Güthenke, Head of the Off‑Road Product Group at Mercedes-Benz.

The film of the stunt is already available online (watch below). Further photos will be released on the 8th of March, documenting the background and the stages of the stunt in a historical “Making of”. 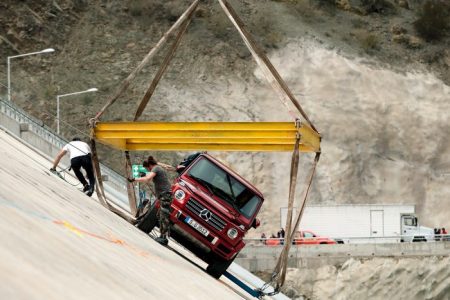 The campaign is accompanied by the slogan “Stronger than Gravity”, completing the “Stronger than Time” motto that accompanied the model a year ago, when it was first introduced at the Detroit Motor Show. One more time – as if necessary – the campaign confirms that the SUV is powerful, self-assured and superior to those of its kind.

The concept of the campaign has been designed by Antoni garage, the European creative lead agency for Mercedes-Benz.