Street-legal Mercedes-AMG GT 3 has been caught again in production clothes, testing on public roads for the first time.

As expected, the GT3 moniker will not be used in production guise. A different designation will be chosen as the “GT3” badge has been officially registered by Porsche – which also won the recent legal battle with Aston Martin surrounding the same subject.

Setting its sight on the Porsche 911 GT3, the Mercedes-AMG GT3 road car will be 80-100 kg lighter than its current siblings, the GT and the GT S, all thanks to exotic materials like carbonfibre. Design modifications should be minimal compared to the regular GT. Wider fenders, a beefy wing on the back and lower suspension will all be part of the upgraded aero-package.

Power reserves are still generous for the bi-turbo V8 set to see its boost pressure increased in order to significantly improve its output. Even so, Mercedes will not extract more than 550 HP from the 4.4-liter unit as opposed to the 510 HP found in the GT S. AMG engineers consider that the weight advantage over its more humbler versions is enough to boast a 3.6 seconds 0-100 km/h run and 200 mph top speed. 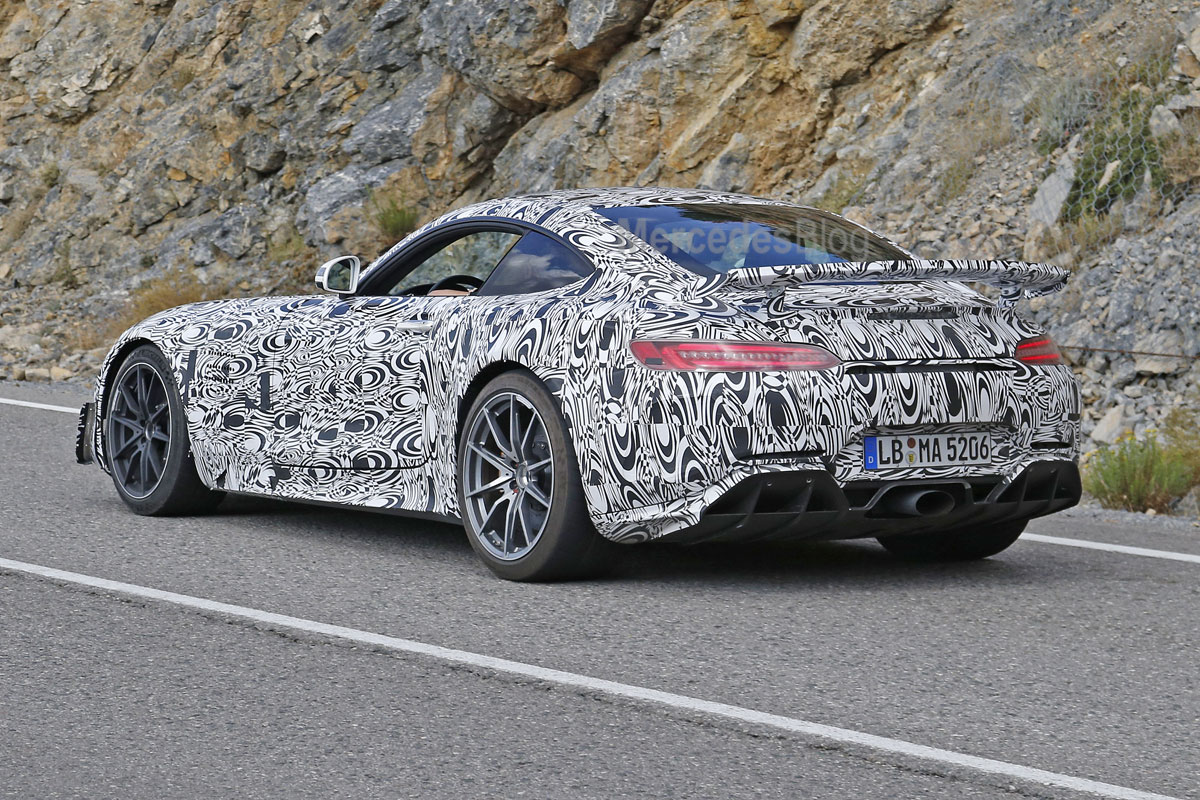 Some insiders suggest that the V8 could go as high as 600 HP, though, a figure not expected to show up until the Black Series model. Given that the Mercedes-AMG GT supercar was launched back in 2014, such a variant will most likely go into production in 2019 as a 2020 model year. Until then, the road going Mercedes-AMG GT3 will remain the most powerful version in the GT line-up.

The production GT3 should reach Mercedes showrooms in 2016 with the FIA GT3 racing version of the GT available from the 2016 season.