Stranger than strange: Traveling the world with a puppet and a Mercedes-Benz 280SEL

Elena Luchian, January 15, 2016
1.71K 0
Home Lifestyle Stranger than strange: Traveling the world with a puppet and a Mercedes-Benz 280SEL

It may seem hilarious and bizarre, but sound director Michel Gaubert is taking it as seriously as possible. He hired a puppet as his assistant and now travels the world in his Mercedes-Benz 280SEL together with “Petit Michel”. It all happens in the latest video of Mercedes-Benz Fashion Creatives.

Seeing the two of them together, you might think they are father and son. Or… just a strange man carrying a puppet around. The “Mini-Gaubert” has his… father’s sharp style and seems to be an amazing conversationalist. Even when they contradict each other.

“It’s strange that my assistant is a puppet? I don’t know what is strange anyway. What’s the definition of strange?”, asks Michel Gaubert rhetorically.

“Strange that you wanted to hide me away from the world, Michel. You wanted to keep me a secret”, is the puppet’s reply. 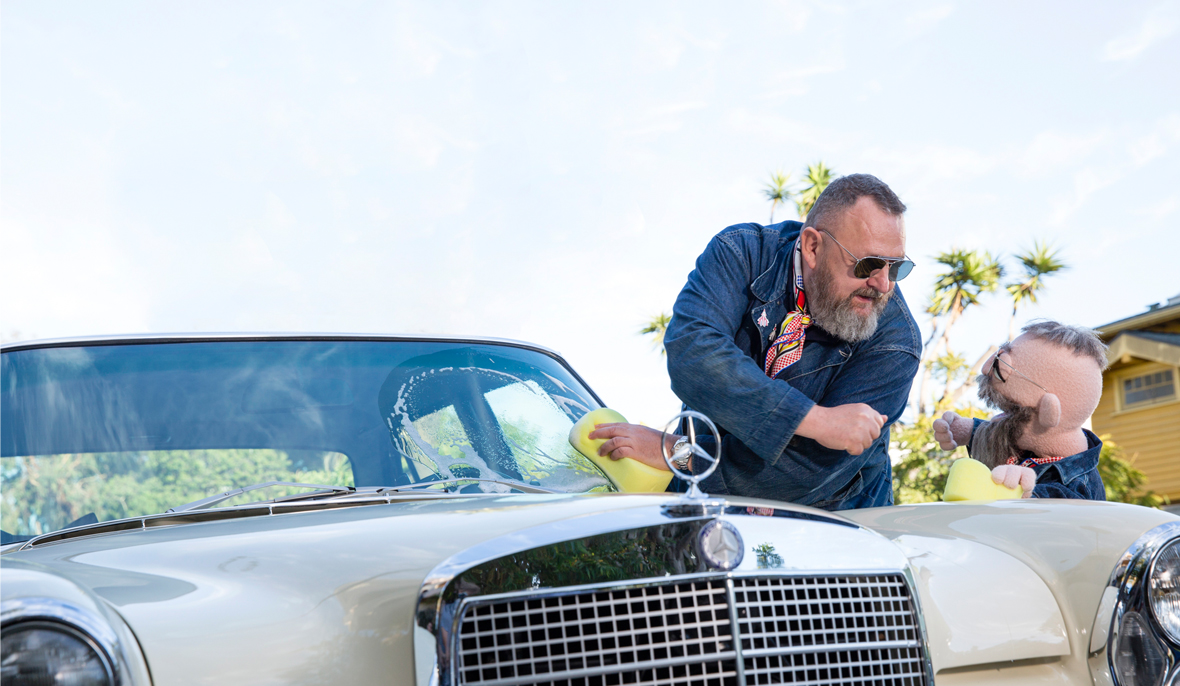 “That’s not true, I don’t keep you a secret.” But, when pretty girls gather around him, the sound director simply pushes his assistant into the trunk of his 1970 classic Benz, to keep him out of sight.

“Petit Michel” emphasizes the genius in his master. “I try to do what Michel does and he understands the fashion world, which I cannot.”

“It’s taking him some time to get used to the fashion”, says the director, though praising his assistant’s copycat style and devotion while holding his hand. They are both wearing aviator glasses and denim shirts. Working for fashion brands like Gucci and Louis Vuitton, they’ve got to be in fashion.

Michel Gaubert trusts him so much that he is even planning on sending his assistant in his place at the Fashion Week in Berlin.

“You’re not a puppet, you’re my friend”, says “Big” Michel while kissing the fabric forehead of the puppet.