Storming up the desert in the Mercedes G63 AMG 6×6

A camel is a speedy 4×4 transporter. If you have seen no camel race so far, you have to take our word for it. But the G63 AMG 6×6 runs better than the camel in the desert.

An Oman’s rich man by the name of Amit invited his English friend for the ride of his life. And even though his garage is full of supercars like Ferrari, Lamborghini and SLS AMG, none of them was good enough to meet the demands of a deserted land. So the vehicle of choice was the Mercedes G63 6×6! 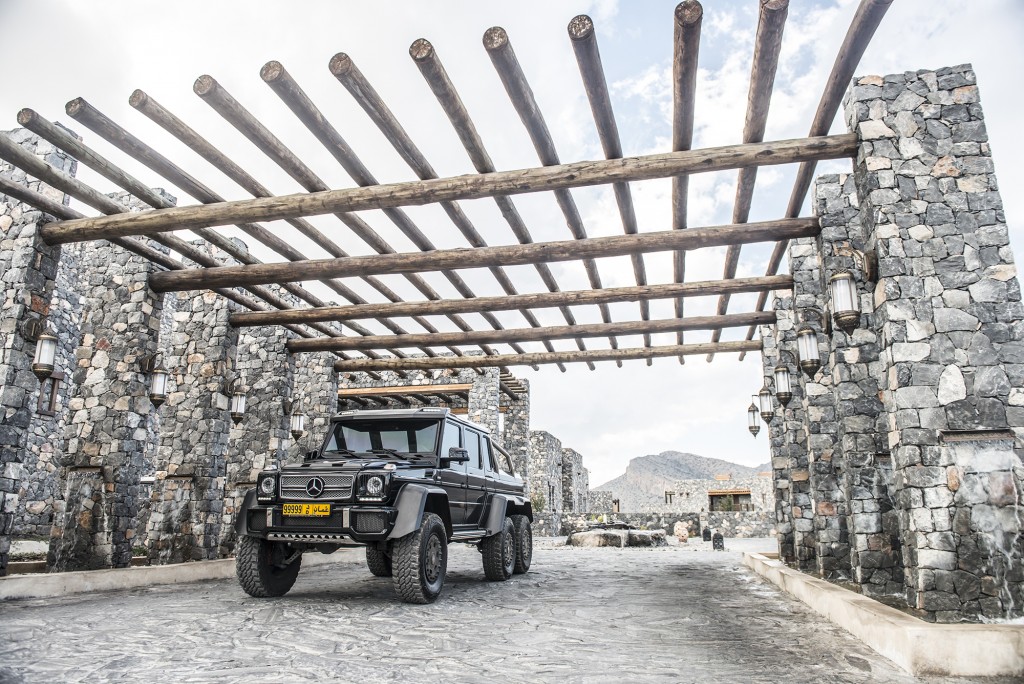 They took the highway to Jabal Akhdar, part of the Al Hajar Mountains range in Oman, offering the trespassers amazing sights of ancient villages and even more valleys, while driving along very steep gradients, but the G63 6×6 bearing a reworked 6.3-liter engine did its job.

Going ever higher, the weather started to change. The English author has seen plenty of rain in England, but Amit started to get excited at the prospect of rain in the Arabian desert. 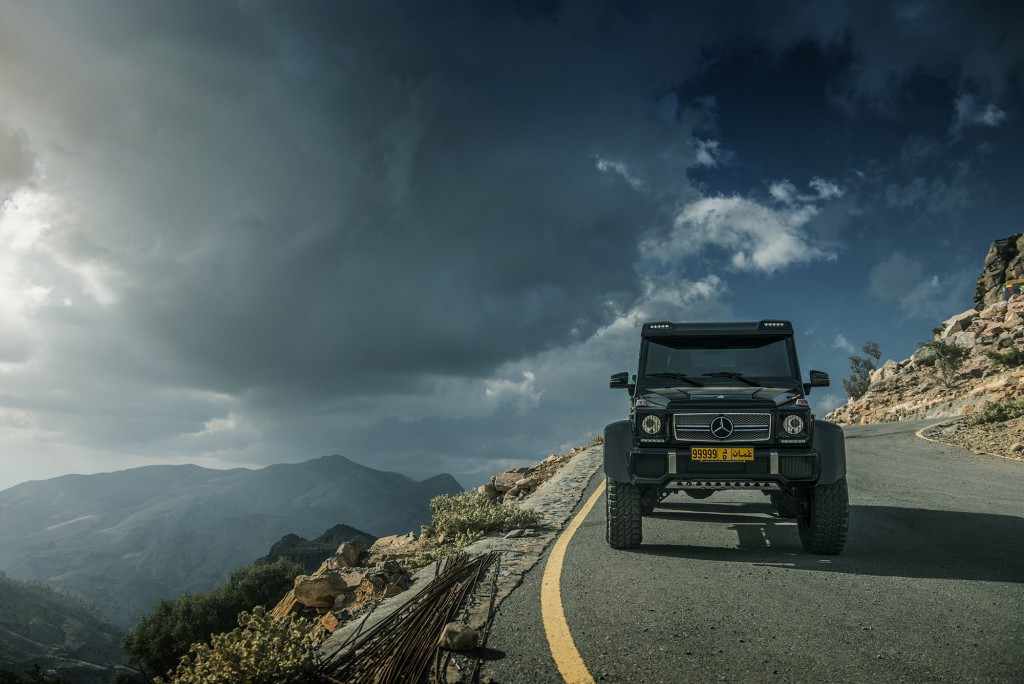 After a short stop, the travelers start off again. The behemoth is starting to get a bit dusty after all the kilometers it had run, but this is yet far from what is to come. They climb on to reach the 2240 meter altitude, at the top of the mountain. Watching the sunset, they feel like they are on top of the world itself.

When side indicators warn for DANGER, the adventurers turn excited. This is exactly what they have been waiting for. A drive through the dark along the road to Muscat. But still a road! 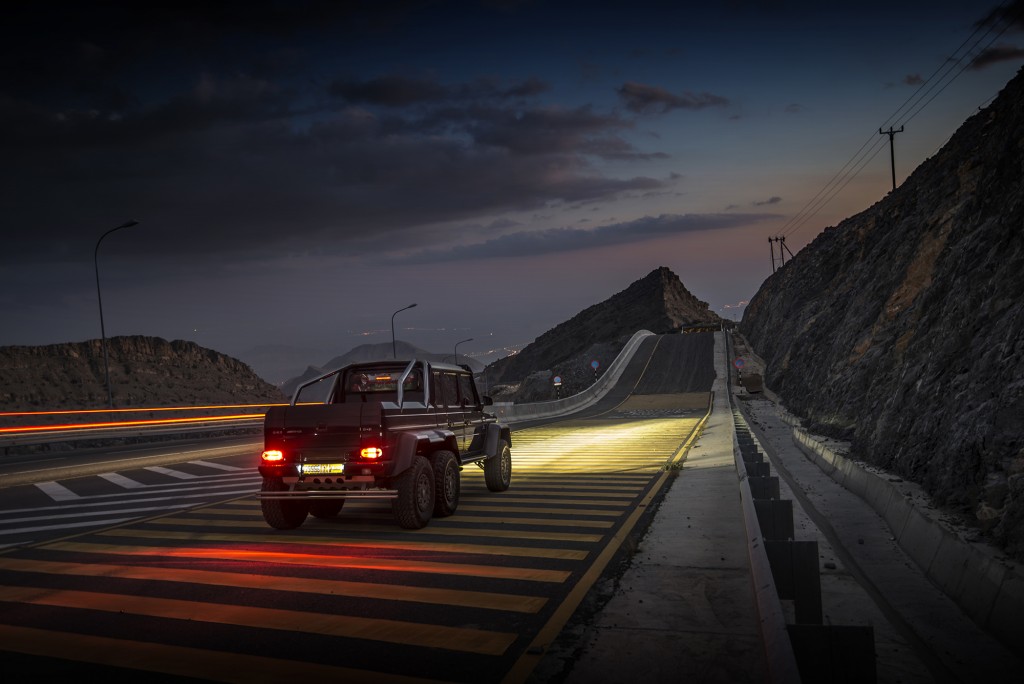 On the third day, the road takes them to Wahiba Sands, to camp there overnight.

At the edge of the desert, they stop to let down the tyre pressure and engage the Sand Mode, before starting to explore the place where no one has gone before. Well, except for other off-roaders and some camels.

And this is just where the wild begins: the route to the desert camp goes over the sand dunes, as the G63 AMG 6×6 rises into the sky on vertical inclines, then there’s just a sand valley bottom beyond the windshield. 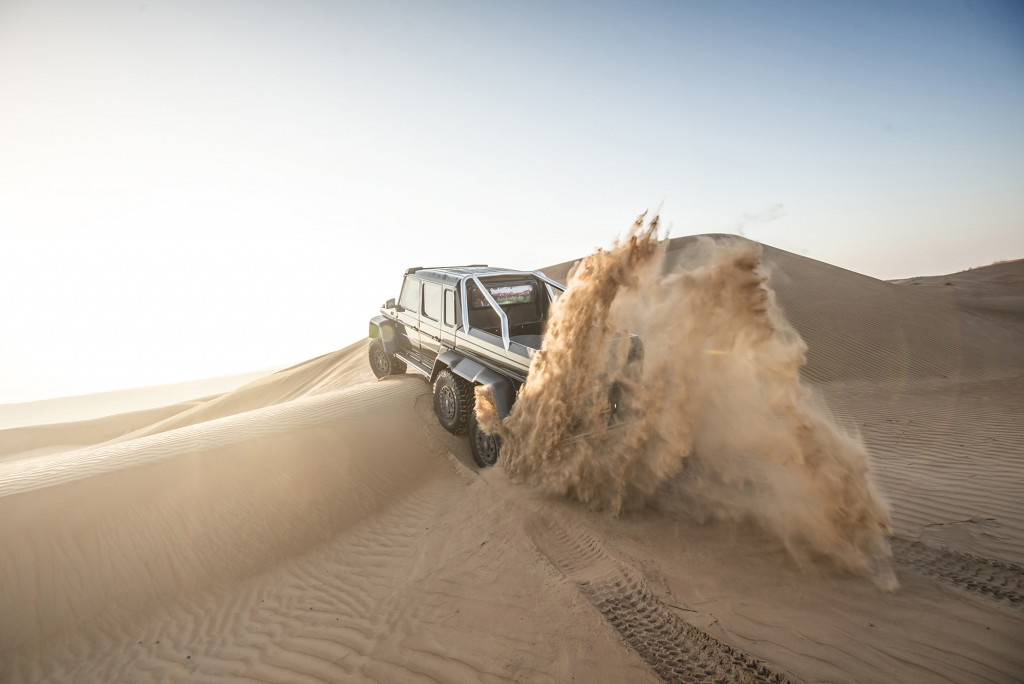 The six wheels dig deep traces into the red sand of the deserted place, where nothing can survive the daylight. It’s over 50 degrees Celsius out there in summer time. Nothing but the sound of the V8 breaks the silence of what looks like a no man’s land.

They arrive safely and with a bit of a car sickness at the camp, at dusk, where the G63 turns into the star of the desert. 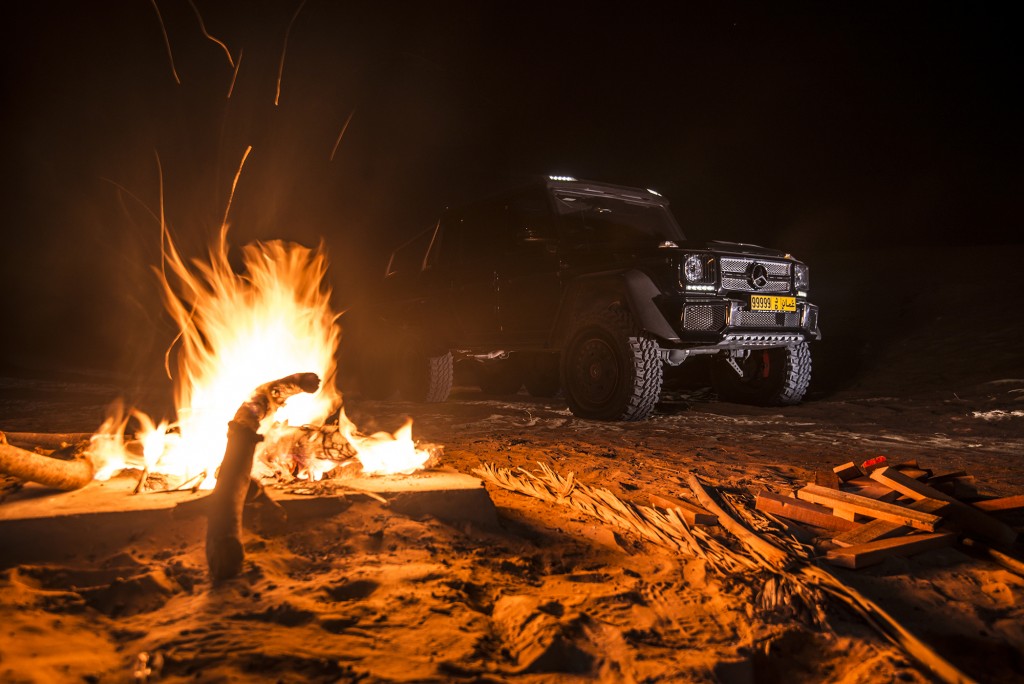 For more spectacular photos of this adventure, head over to GFWilliam’s website.