The Hans Prym Roadster, a vivid red 1935 Mercedes-Benz 500K Special Roadster, is one of the most controversial multi-million cars ever to have graced the face of the Earth. Now, the stolen then returned gem leads Bonhams’ Chateau de Chantilly auction on the 3rd of September, 50 kilometers north-east from Paris. 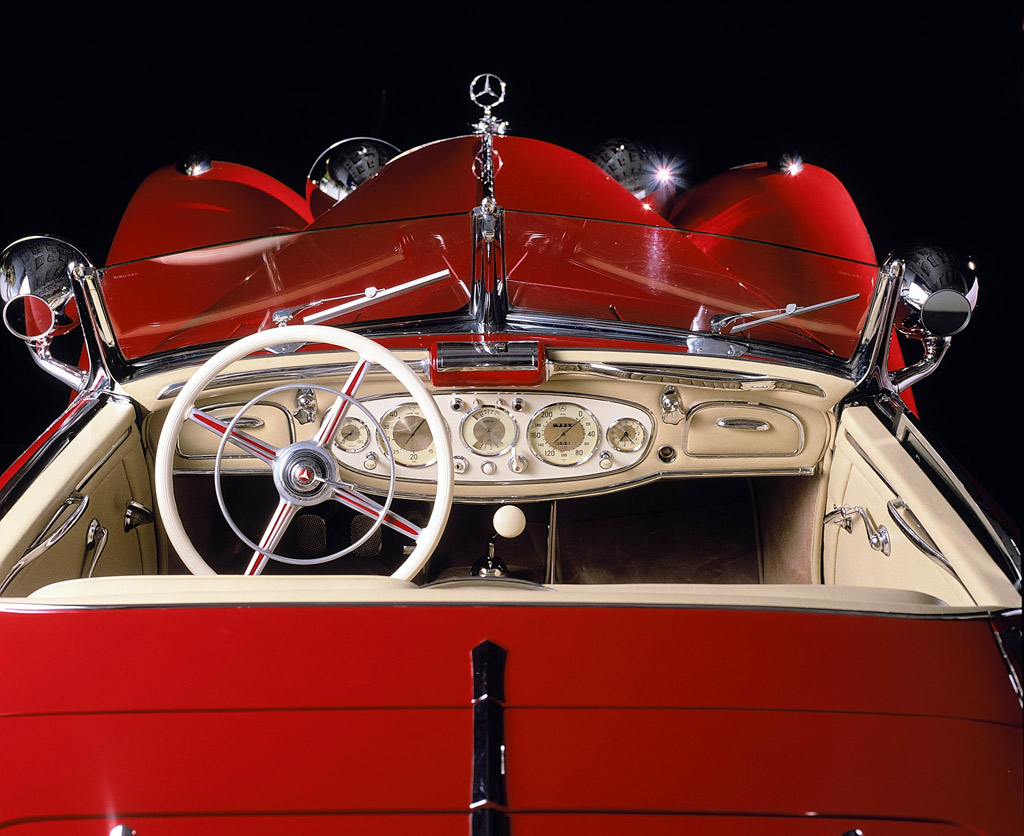 Chassis no. 105380 was built in 1935 and it was owned from new by Hans Prym, the wealthy German industrialist also known as “The Zipper King”, famous for his company in Stolberg, specialized in manufacturing zips, buttons. According to initial stories, the Mercedes-Benz 500K Special Roadster left Germany shortly after the WW2 after it was allegedly sold to an American soldier back in 1945. But according to the Prym family, the Mercedes wasn’t sold but stolen. Whether obtained legitimately or claimed as war loot, the car left Prym’s possession in 1945 while he served an Allied Forces imposed prison sentence.

Fast forward to 2012 and we find another sob story. This time Dutch car collector Frans van Haren, who bought the Mercedes-Benz 500K Special Roadster at the 2011 RM Monterey auction for no less $3,7 million, was the victim, simply losing both the car and his money. The gorgeous red 500K has been seized by German authorities, following van Haren’s atempt to display it at the Techno Classica show in Essen. RM Auctions said in its sale note that the car’s history from Prym’s purchase until the 1970s was unknown.

Upon its return on German soil, the rare and highly controversial Mercedes-Benz 500K Special Roadster became eligible for impound. By the end of 2012, German courts have ruled that the vehicle is the rightful property of German industrialist Hans Prym’s grandchildren because it was illegally seized from Prym in 1945.

The car was subsenquently returned to the Prym family heirs and it is now heading the auction block again, this time for a much higher starting price of $5m. If you want to own a piece of history, book your seat at the Bonhanms’ Chateau de Chantilly auction here.