Mercedes-Benz 300 SL Gullwing. An icon which needs no further introduction. A rare icon that is. Even more rare is the one and only 300 SL driven by legendary Sir Stirling Moss himself in the 1956 Tour de France.

Now this amazing piece of motoring history can be yours. Yes, it’s up for grabs this very December when the silver arrow will go under the hammer at an RM Auctions event where it’s expected to fetch north of 5,0 million USD. What makes the car even more desirable is its status. Chassis no. 198.040.5500640 is one of only four factory race-prepared W198 Gullwings and, in fact, none other than the very first car of this exclusive series. 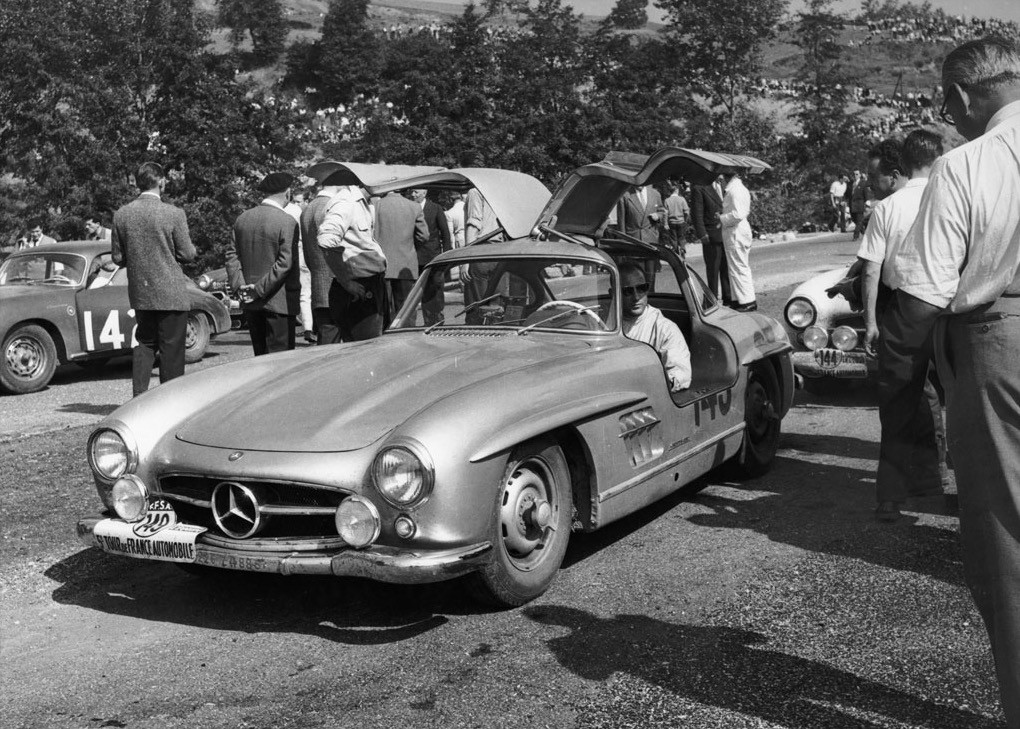 Among the treats we can’t help notice the special competition NSL engine and, of course, the impressive competition record on its plate. Under the iron, but equally magic, hand of Sir Stirling Moss, the coveted 300 SL Gullwing has finished the 1956 Tour de France on the 2nd place, overall. 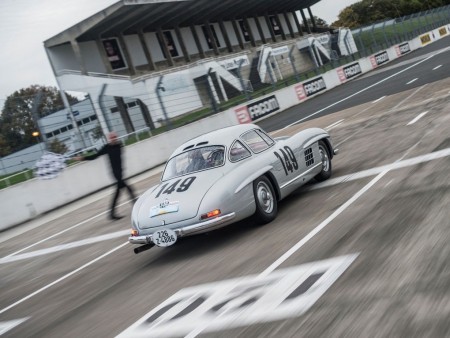 Thirteen months. This is how much chassis no. 198.040.5500640 has spent racing under the Silver Arrows flag, playing such diverse roles as training and assistance, besides its heavy competition credentials.

About 1,400 Mercedes-Benz 300 SL Gullwing coupes were manufactured between 1954 and 1957 and around 80% of them were sold in the US. Out of these, Mercedes manufactured 29 units with a body completely made of aluminium which only weighed 80 kg. Beneath the 300 SL’s front hood, there was a modified 3,0 litre OHC (170 PS) engine, taken from the Mercedes 300 limousine-series. A lightweight tubular frame was designed by the german specialists under Rudolf Uhlenhaut’s supervision and a very simple-looking body came to cover it. The technical solutions adopted at that time are very modern for our times also: direct petrol injection engine or gullwing upwards-opening doors.

Since 1966, the 300 SL Gullwing sold by RM Auctions has been in the hands of a single collector, kept in pristine condition after a 40-year long conservation period. Now, the icon is for sale. Perfect Christmas gift? Definitely! Just don’t forget to raise that auction stick higher than ever.