A short brief in history: BMW has launched the idea of a SUV-coupe with the first generation BMW X6 in 2008. With the occassion of the third generation Mercedes ML facelift (W166) in the second half of 2015, Mercedes-Benz has changed the name ML in GLE and launched a SUV-coupe version (C292). Porsche presented the first SUV-coupe based on Cayenne only few weeks ago, while the famous SUV has already 16 years on the market in three generations. 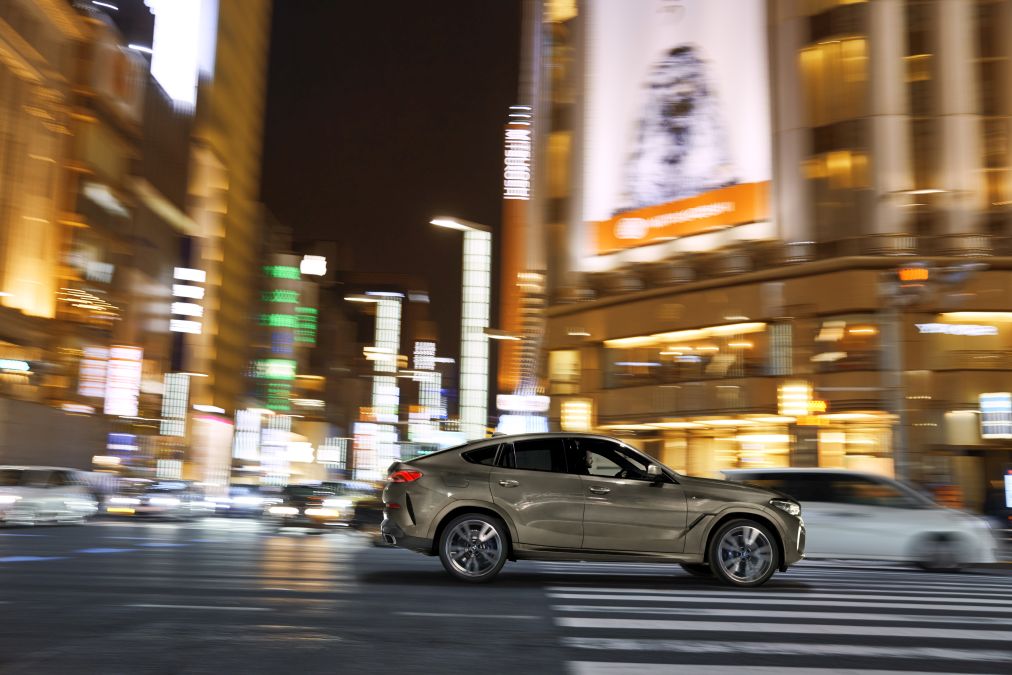 X6 is the first BMW model with an illuminated kidney grille. The new X6 is more practical with a rear window which does not go down so steep like in the previous generation. The headroom is bigger at the first contact but the car looks more ugly from the profile. The rear is also higher than in the previous generation and the metal surface is too big comparison with the surface of the new L shape rear lights. Practicality was a main objective with a 40:20:40 split rear seat backrests as standard.

The third generations is available with two petrol engines and two diesel engines. From all these versions, two of them – X6 M50i and X6 M50d – are MPerformance models. 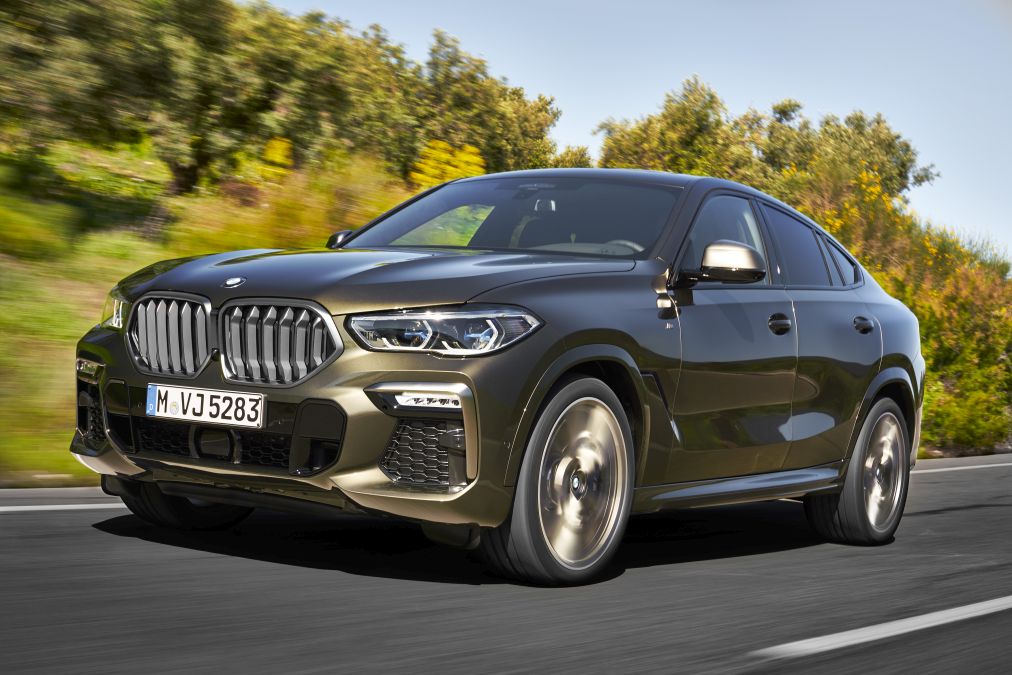 X6 is build on  the CLAR platform, used for X5, X7 and for the big limousines. It is available with the XLine and MSport packages. If you ordered Offroad package xOffroad (available for X6 xDrive40i and X6 xDrive30d), you get an electronically controlled rear differential lock.
For MPerformance versions you get the electronically controlled M differential lock at the rear axle as standard.

The adaptive suspension Dynamic Damper Control is standard and you can choose from the option list the air suspension on all 4 wheels or the Adaptive M suspension Professional with active roll stabilization and Integral Active Steering.

The air suspension allows to adjust the body’s ground clearance for off-road driving to a maximum 40 mm above the standard level or to lower the car by 40 mm below the default level.
19 inch wheels are standard for the normal X6 while the MPerformance models come with 21 inch wheels and 22 inch wheels are in option. 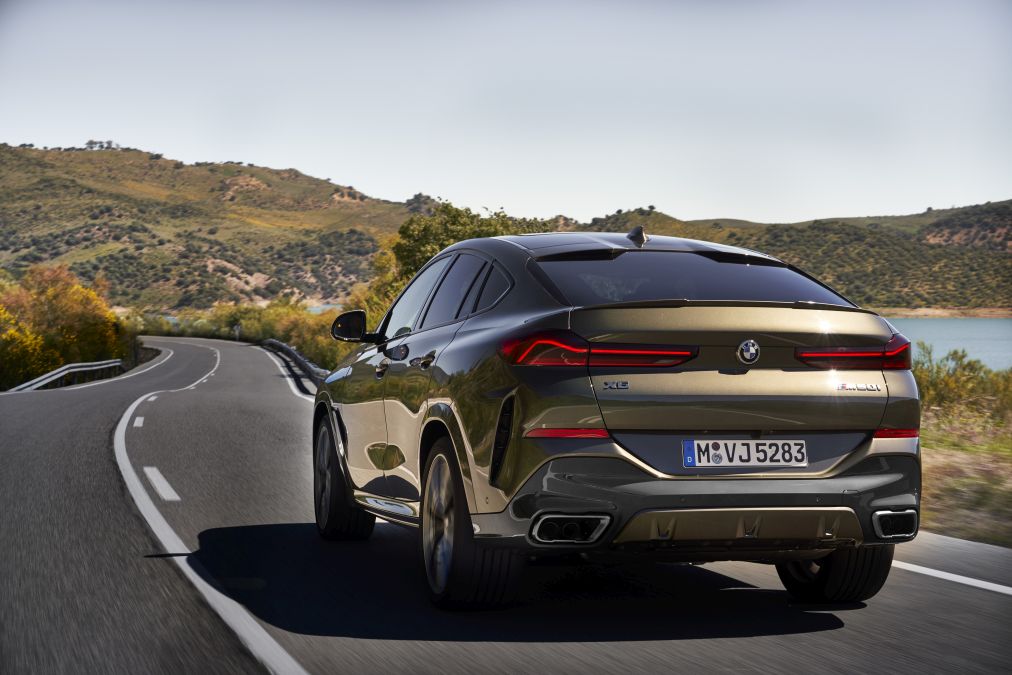 The Driving Asistant Professional package is offered as an option and include steering and lane control assistant with Traffic Jam Assistant and lane keeping assistant.
From the new X5 you get the new reversing asistant.

Live Cockpit Professional with BMW Operating System 7.0 is standard with two high resolution screens of 12,3 inch each and adaptive navigation system.
New is also the BMW Intelligent Personal Assistant which is able to learn routines and habits.

The BMW X6 is produced at BMW factory from Spartanburg together with other BMW X models. 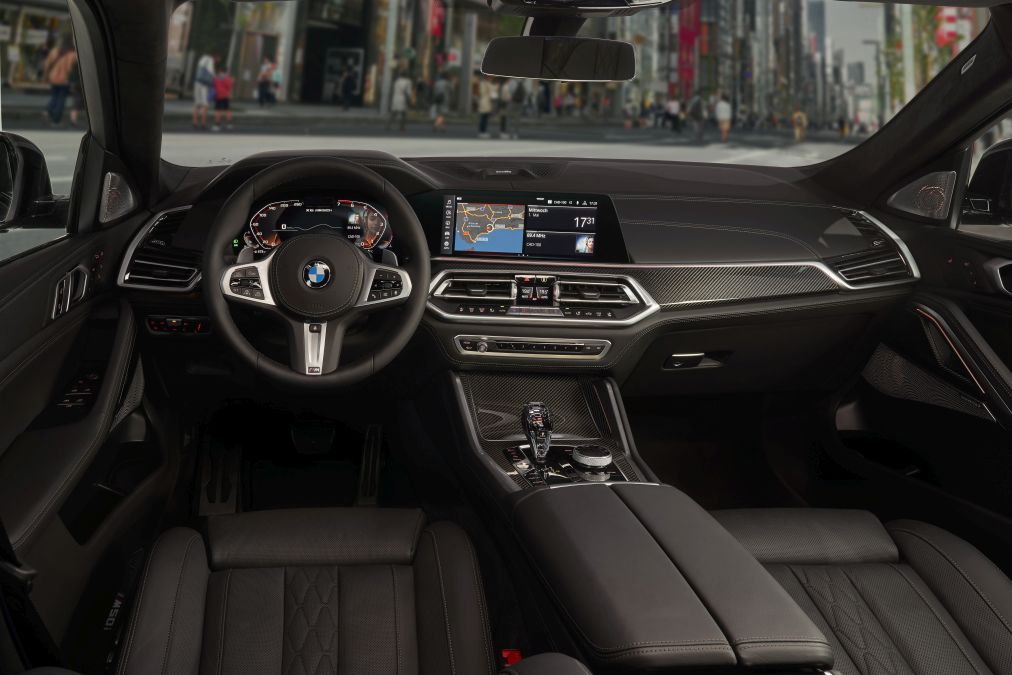 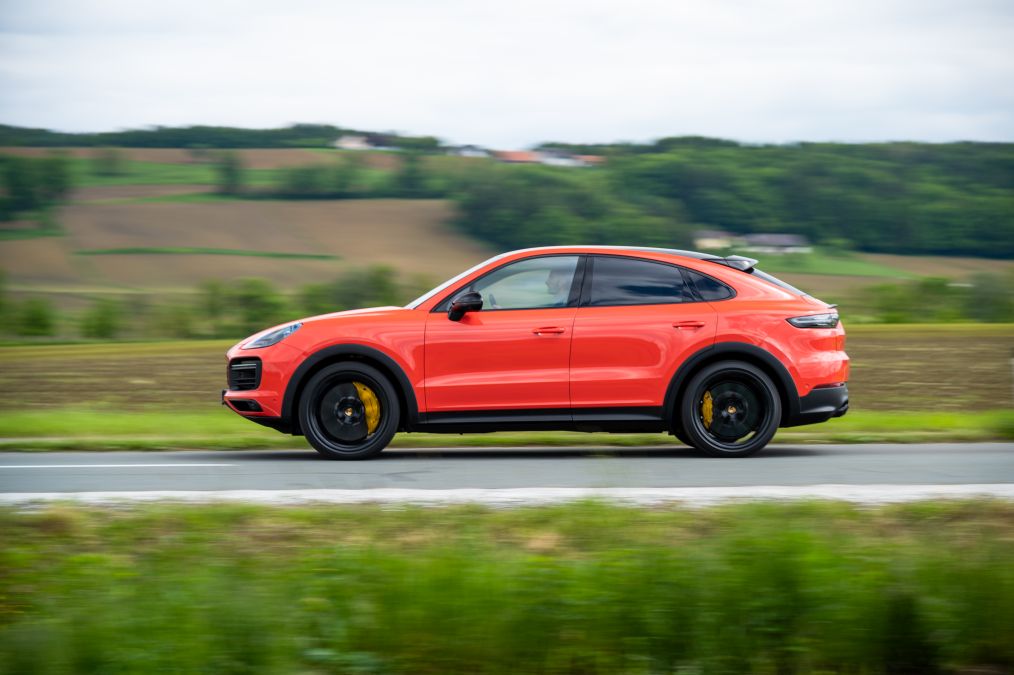 Cayenne Coupe has an original adaptive rear spoiler which extends 135 mm from a speed of 90 km/h. The panoramic fixed glass roof is standard while a contoured carbon roof is available as an option. 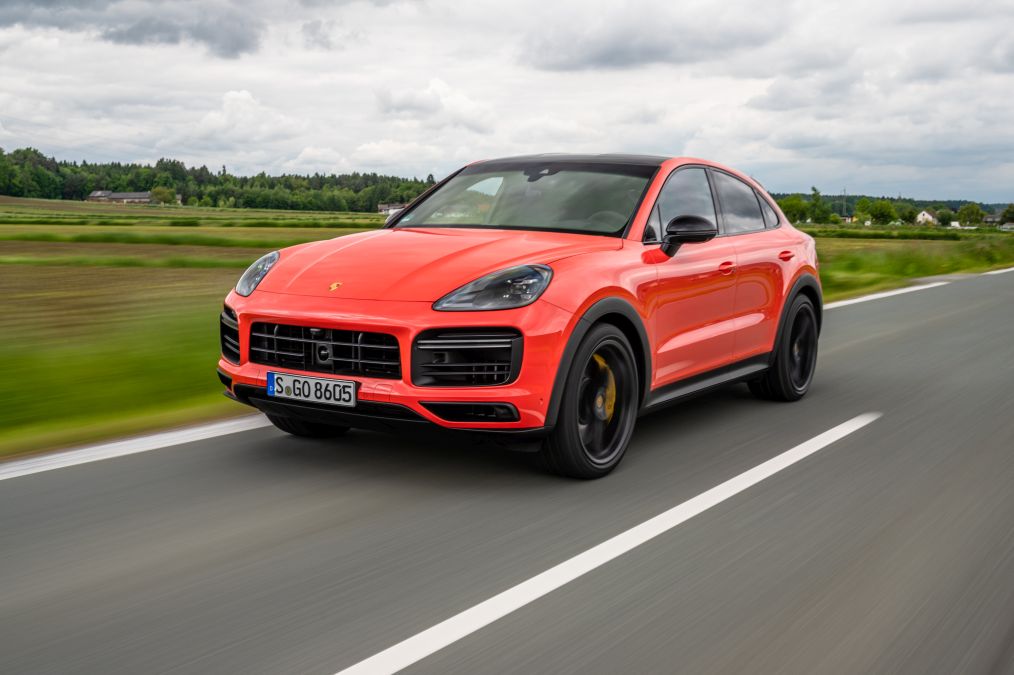 The other three conventional engines come from Cayenne. There is NO diesel in the Porsche Cayenne Coupe offer. 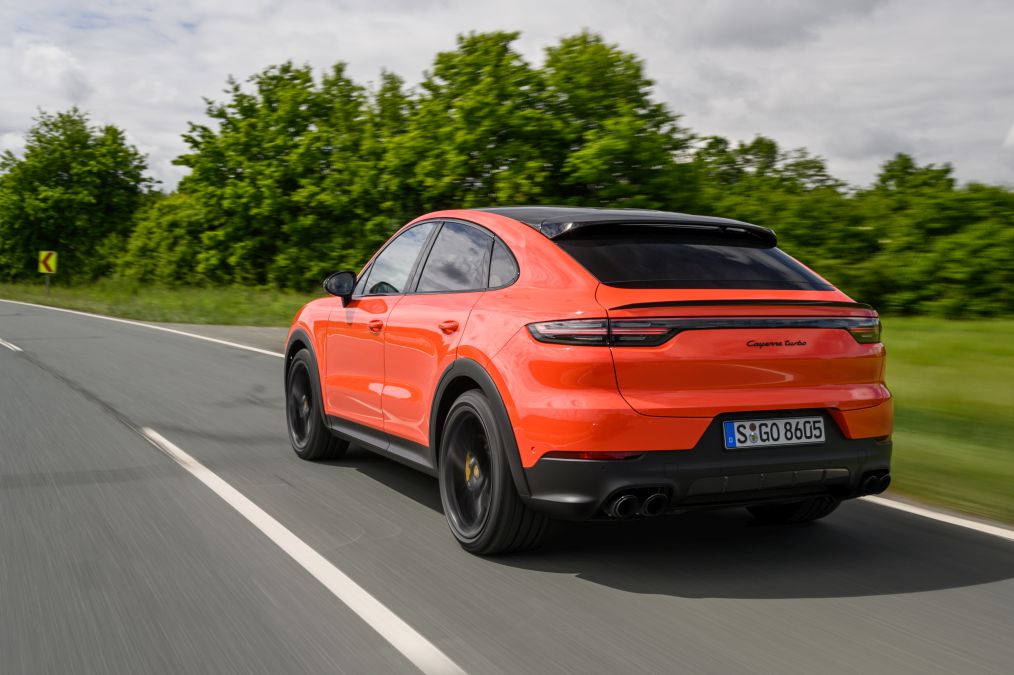 In the rear, the Coupé comes fitted as standard with a rear bench that has the characteristics of two individual seats. Alternatively, the comfort rear seats  can be ordered at no additional cost.

The dashboard is taken over from the Cayenne with multimedia system with online navigation and 12.3 full HD touchscreen from the latest generation of Porsche Communication Management (PCM). In typical Porsche style, the driver has a central analogue tachometer to view. This is flanked by two 7-inch full-HD displays, which display all other relevant driving data plus additional information selected using the multi-function steering wheel.

Night Vision Assist with a thermal imaging camera is one of the most important assistance systems, along with Lane Change Assist, Lane Keeping Assist including traffic sign recognition, traffic jam assist, ParkAssist including Surround View and Porsche InnoDrive including adaptive cruise control. 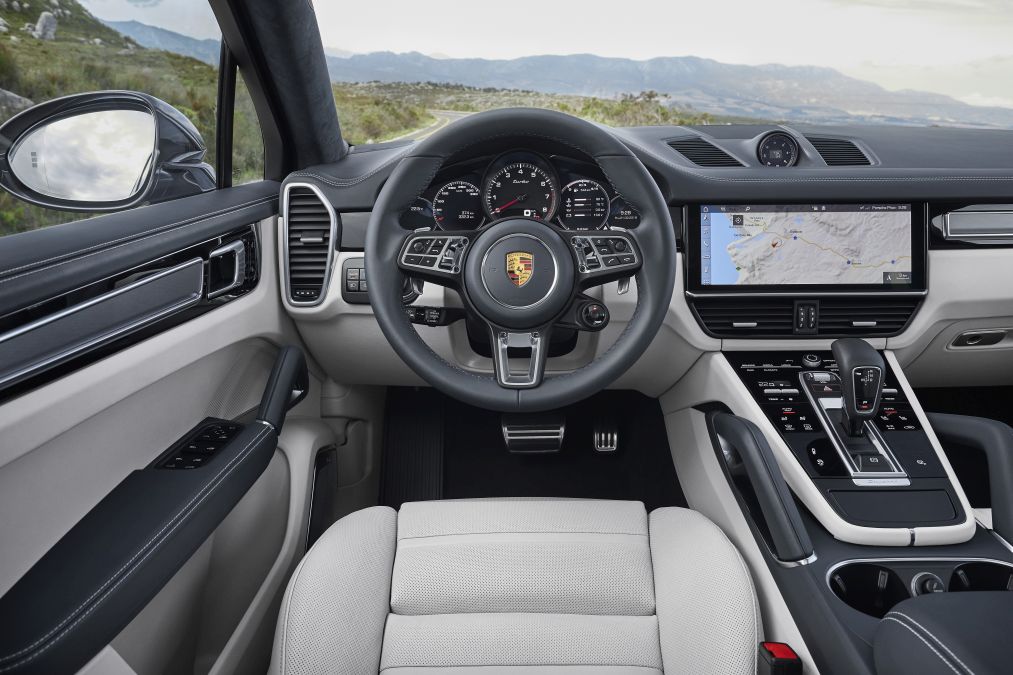 Porsche Cayenne Coupe is already on sale and prices are as follows:

Mercedes-Benz GLE Coupe
The second generation GLE Coupe maintain the line otf the former model with an arched roof which offer a practical headroom for the rear passengers. With 4,939 mm in length and 2,010 mm in width, the new Mercedes GLE Coupe is 39 mm longer and 7 mm wider than its predecessor. The wheelbase has grown by 20 mm compared with the predecessor but remains 60 mm shorter than that of the GLE. The full LED technology is standard and clients can choose wheels between 19 and 22 inches,  as in case of Porsche and BMW. 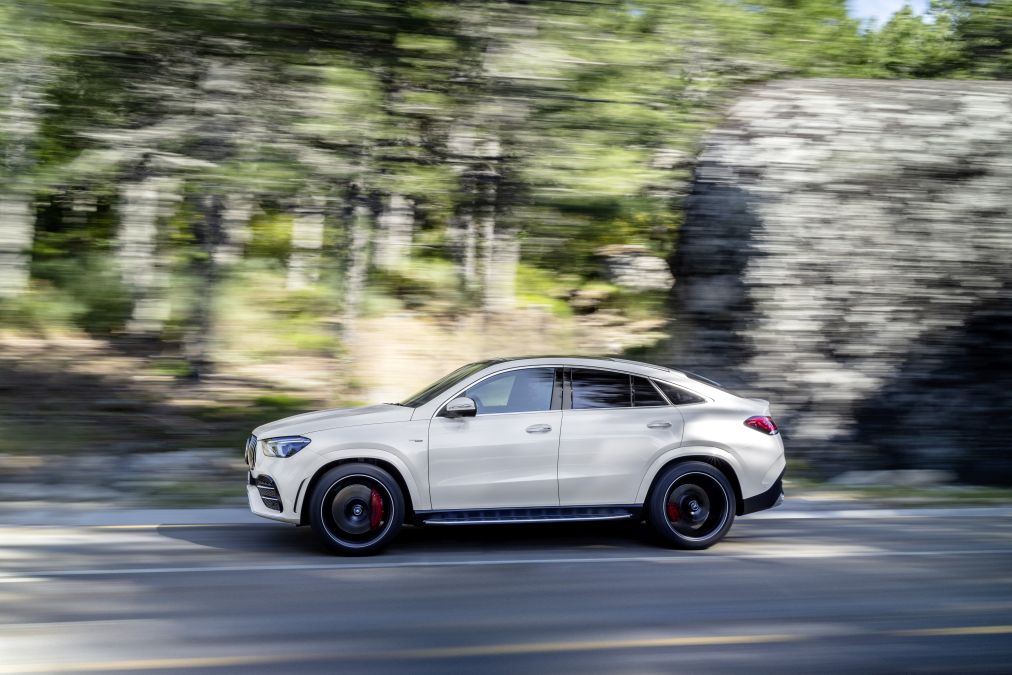 The new Mercedes GLE Coupe is fitted standard with the classic steel suspension. Two other suspensions are offered as an option:
– the Airmatic air suspension
– The new revolutionary E-Active Body Control which act in conjunction with Road Surface Scan and Curve function, counteracts body roll and individually control spring and damping forces at each wheel. 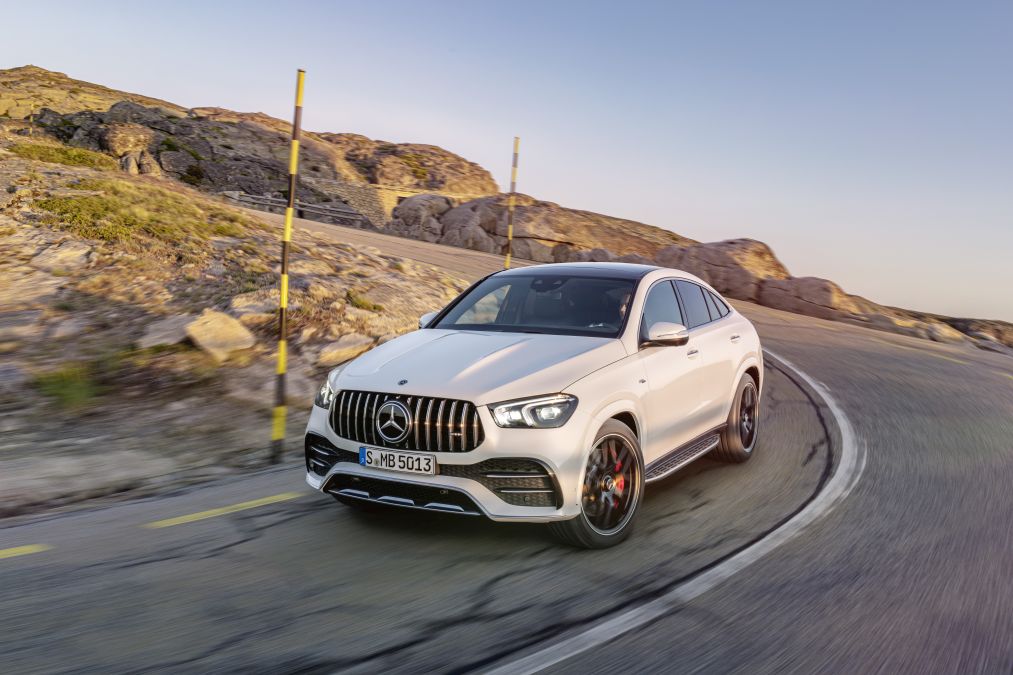 The new GLE Coupe is available with the two new and very clean 6 inline 3 liter diesel engines and with the new mildhybrid 6 inline 3 liter turbo petrol engine.
The two new 6 cylinder diesel engines are the cleanest in therms of NOx emissions and in the same time the most refined in their segment. 9 gears automatic gearbox and 4Matic four wheel drive system are standard. 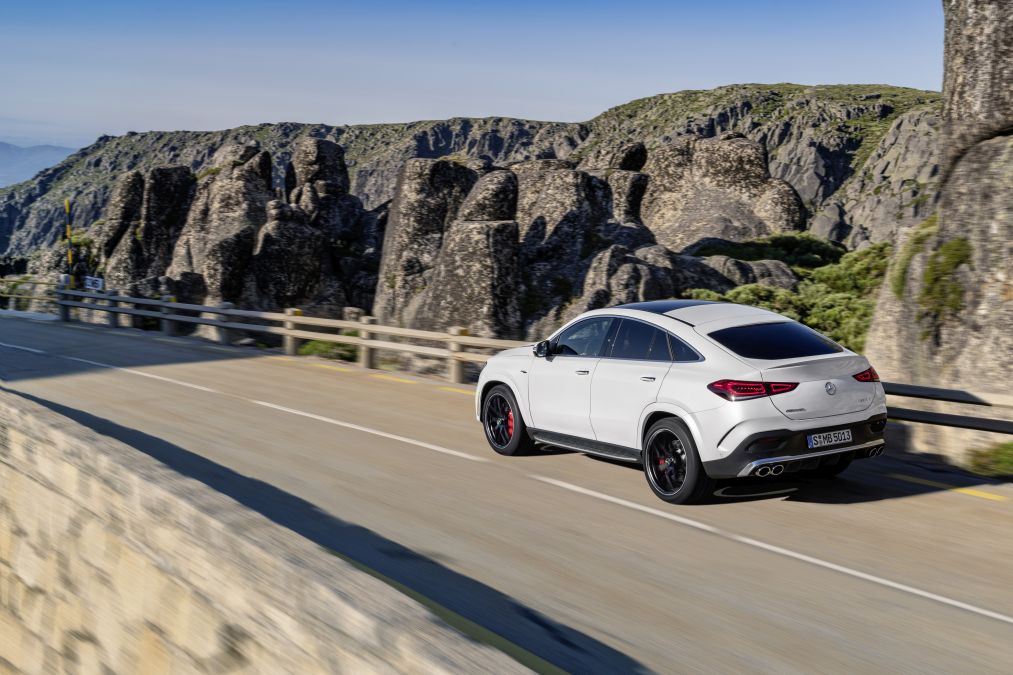 The dashboard is taken over from the GLE with MBUX multimedia system and two 12.3 inch large screens.

The backrest of the rear seats folds in a ration of 40/20/40 and increase the boot volume to up to 1,790 liters, the best value in the segment. The loading sill is 60 mm lower than in the previous model and if you order the Airmatic suspension you can even lower the loading sill with a further 50 mm at a press of a button.

All asistance systems from the S-Class are available in the GLE Coupe. The Active Braking Assist which detect also pedestrian and vehicles is standard while the Active Distance Assist Distronic with route based speed adjustment and Active Stop and Go Assist and Active Steering Assist are in option. 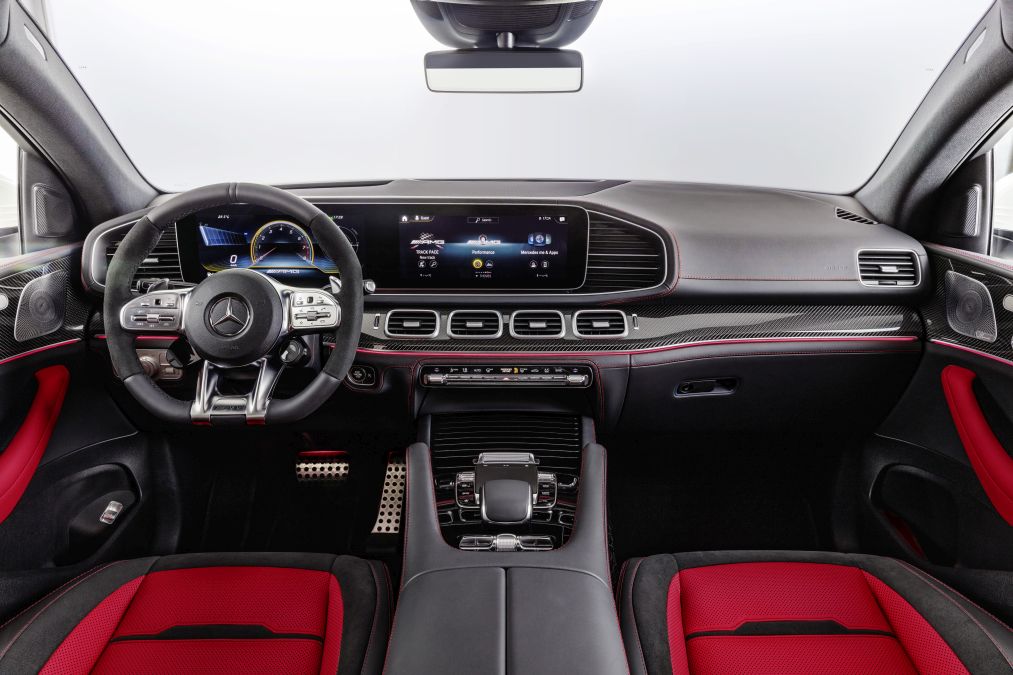 Mercedes-Benz GLE Coupe is produced along other Mercedes SUVs in Tuscaloosa, Alabama. It will be presented as a world premiere in the next days at Frankfurt Motorshow and will be available from Spring 2020.

Conclusion
Porsche Cayenne Coupe is the most expensive and has no diesel engine. Who want to save some money has to go for Mercedes-Benz GLE Coupe or BMW X6. We do not know yet the prices fo the new Mercedes-Benz GLE Coupe but for sure the price range will be around BMW offer. Mercedes has two very clean diesel and a mild hybrid petrol engine very efficient. BMW and Porsche are oriented for more dynamism with dynamic systems like integral steering, active roll stabilization and electrronically controlled rear differential lock while Mercedes-Benz GLE Coupe is oriented for more off-road abilities and more comfort with the revolutionary E-Active Body Control.