While the generally accepted BMW rival for the Mercedes-Benz GLA is the X1 model, the extra emphasis on styling shown by the MINI Countryman has always made it a close match to the Stuttgart crossover.

Now more than ever, the MINI Countryman looks set on his intent to steal some of Mercedes-Benz GLA’s clientele by growing a bit in size and thus negating one of the MINI’s previous biggest drawback: its lack of interior space.

While the styling still leaves us guessing, the car looks like it’s going to adopt a more rugged, boxier shape, without sacrificing any of the MINI hallmarks (well, apart from the size thing, obviously…).

The current MINI Countryman is anything but old having just been updated for 2015 with a facelift, so expect this new model to take a couple of years before making an official appearance.

The car will use the same UKL platform found in the 2014 MINI – both three and five doors versions – and also the BMW 2-Series Active Tourer (and the soon to be launched 2-Series Grand Tourer) or the next BMW X1 which we will get to see this fall. It is said (and it’s easy to understand why this has all the reasons to be true) that there was a very close tie between the development of the smaller BMW SUV and this future MINI Countryman.

Just like the future basic BMW X1, the MINI Cooper Countryman should get front wheel drive as standard, with the ALL4 all-wheel-drive system dropping in as an option. The more powerful versions like the Cooper S Countryman or even the John Cooper Works will get the ALL4 system as standard as well as a power output of over 230 hp. 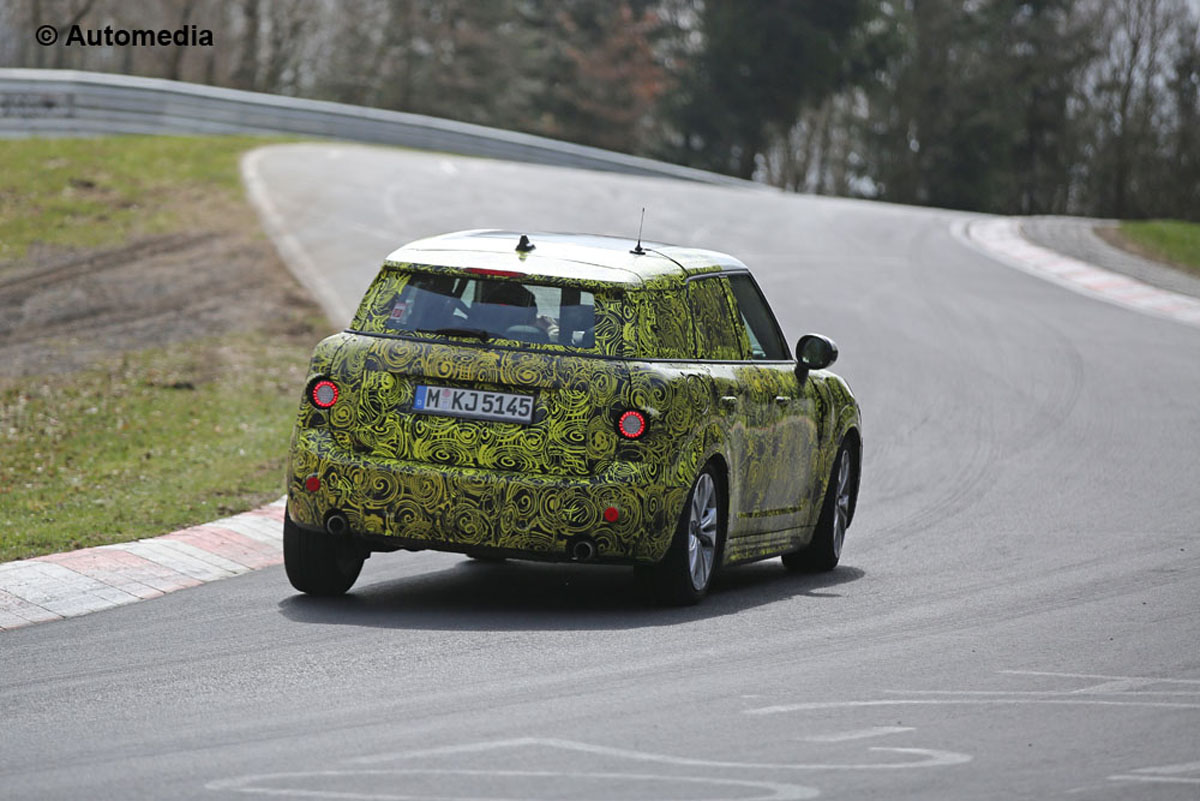 We will also get to see the 1.5 litre three pot engines that have made their debut on previous current MINI models and will populate the lower end of the BMW-MINI range from now on. The more serious models will have two liter four-cylinder engines with turbo charge. Transmission-wise, there will be a standard six speed manual or a six speed automatic as an option.

You should also expect a full list of safety and comfort enhancing features like a head up display, a parking assist system, collision and pedestrian warning systems as well as a speed limit information system.

With the announcement of the MINI range shrinkage, we’d say this will be the second to last MINI main MINI model sitting alongside the current MINI Cooper (3 and 5 doors), the soon to come Cooper Clubman and, possibly, a new sportscar that will replace the outgoing Coupe and Roadster.

Concerning the Mercedes-Benz GLA, no matter how similar in size, pricing and ability they will end up being, the MINI Cooper Countryman and the Mercedes-Benz small SUV should still appeal to quite different customer types.