Our spy photographers have caught again the upcoming smart ForTwo Cabrio. The drop-top version of the third generation ForTwo will be unveiled later this year.

The new smart ForTwo Cabrio will bring a few subtle but notable differences compared to its predecessor. It seems the new model will not retain the ubiquitous fixed rear roof pillar, the tridion safety cell being strong enough for it to simply become unnecessary. As a result, the electrically-operated canvas top will now roll all the way down and tuck away seamlessly into the baggage compartment.

Even if technical specifications are scarce at this moment, it is safe to assume the engine line-up is set to feature the now familiar array of three cylinder petrol engine, in naturally aspirated (1.0-liter, 71 HP) or turbocharged form (0.9-liter, 90 HP). 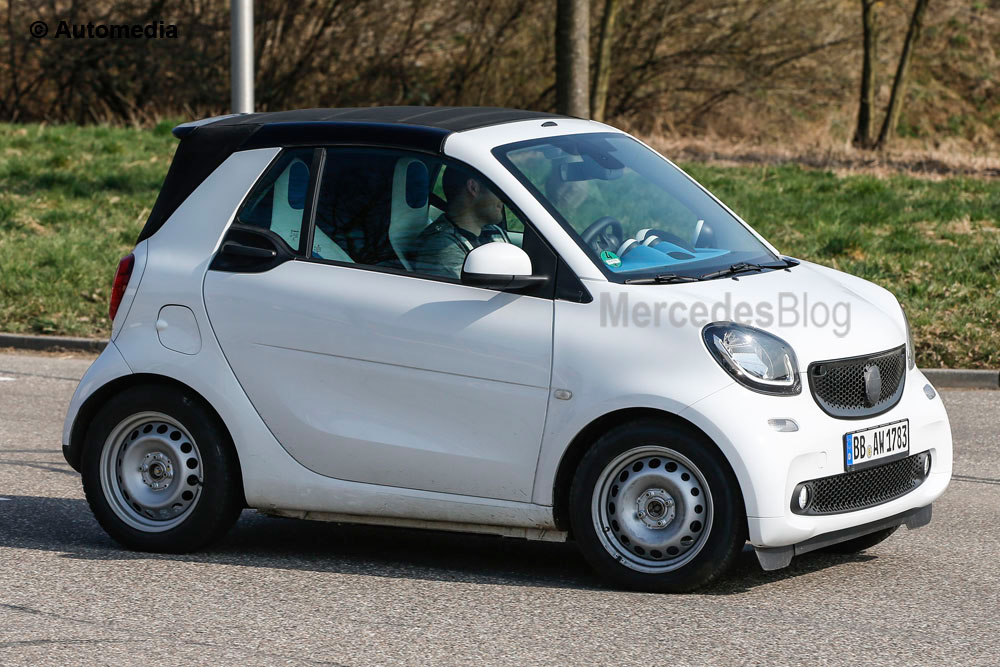 The premiere of the all-new smart ForTwo Cabrio is expected to take place this autumn, most likely at the Frankfurt Auto Show. The commercial debut of the upcoming drop-top has already been confirmed for December 2015.

Smart is hiding a few other aces down its sleeve, so the third generation ForTwo Cabrio is not the only surprise planned for the coming months. In 2016, yhe latest, the smart line-up will also see the introduction of the new electric drive versions of the ForTwo and ForFour, which will share their battery technology with the upcoming hybrid Mercedes-Benz C-Class, E-Class and S-Class.