A Mercedes-Benz Actros 4163 SLT heavy-haulage tractor unit has been responsible for what must be one of the most spectacular Airbus transports ever.

The Actros SLT with around 630 hp was tasked by Stuttgart-based heavy-haulage firm PAULE with bringing a damaged (during a heavy landing) Airbus A 320 fuselage from Tallinn (Estonia) to southern Germany. The result was a transport convoy with some truly impressive stats: 60 m long, 90 t in weight and 5 m wide. No wonder that crowds gathered to witness it on its way, during its 11 days trip throughout Germany.

From Estonia, a truck ferry took the freight across the Baltic Sea to Lübeck’s docks. From there the Actros SLT heavy-haulage team took three nights to cross Hamburg, Magdeburg, Nuremberg and Stuttgart before heading for the northern part of the Black Forest. Twice along the route, the Airbus heavy-haulage convoy had to leave the motorway to avoid low bridges. Plus, after the Actros SLT left the motorway and was driving along a side road at one point, the driver even had to drive the long combination backwards so as to be able to re-enter the motorway in the opposite direction.

In readiness for the freight arriving at its final destination, a second Actros SLT was also brought in. On a tight and steep forest road, the SLT duo brought the Airbus to its new home on the training grounds of the KSK Special Forces Command in Calw, where the Airbus will be used in training scenarios for the protection of airline passengers. 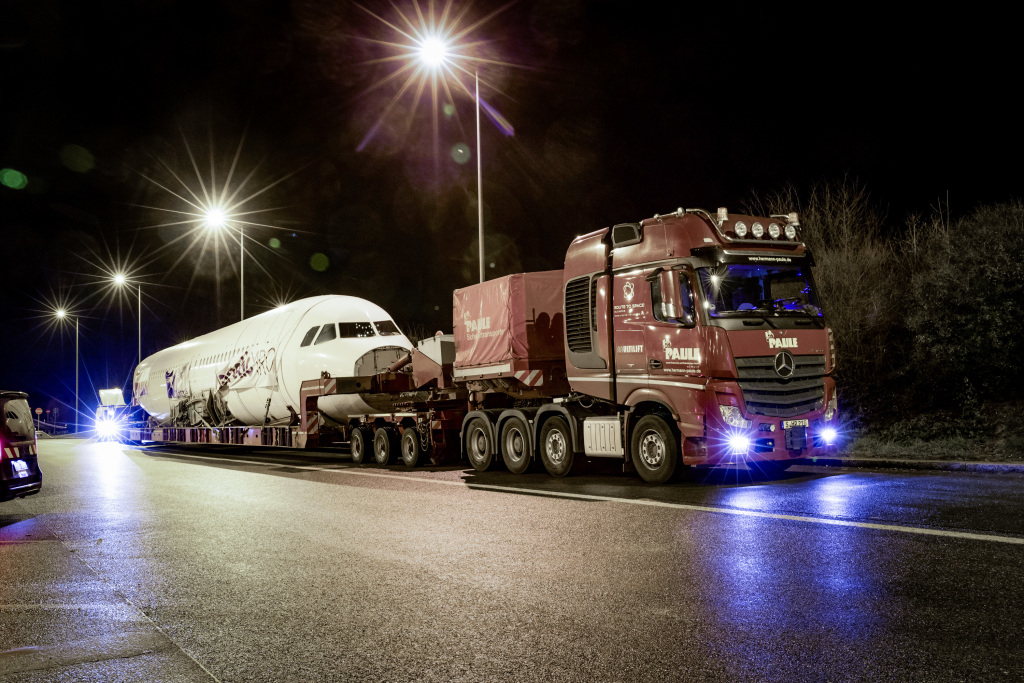