Special Cars for the Fashion Superstars

The fashionistas at the Mercedes-Benz Fashion Week will never know what London public transport means. The event executives got them special cars to move them around the new capital of fashion this week. Four Mercedes models defend the models and the designers, but also the guests, from the paparazzi.

Mercedes has worked with the American fashion designer Rick Owens for customizing the London vehicles with striking graphics. The cars are also promoting the designer’s project called “The World of Rick Owens” and they depict his own torso, holding a flaming torch, replicating a 23-foot effigy placed under Selfridges’ clock tower, right outside the department store in London’s Oxford Street. 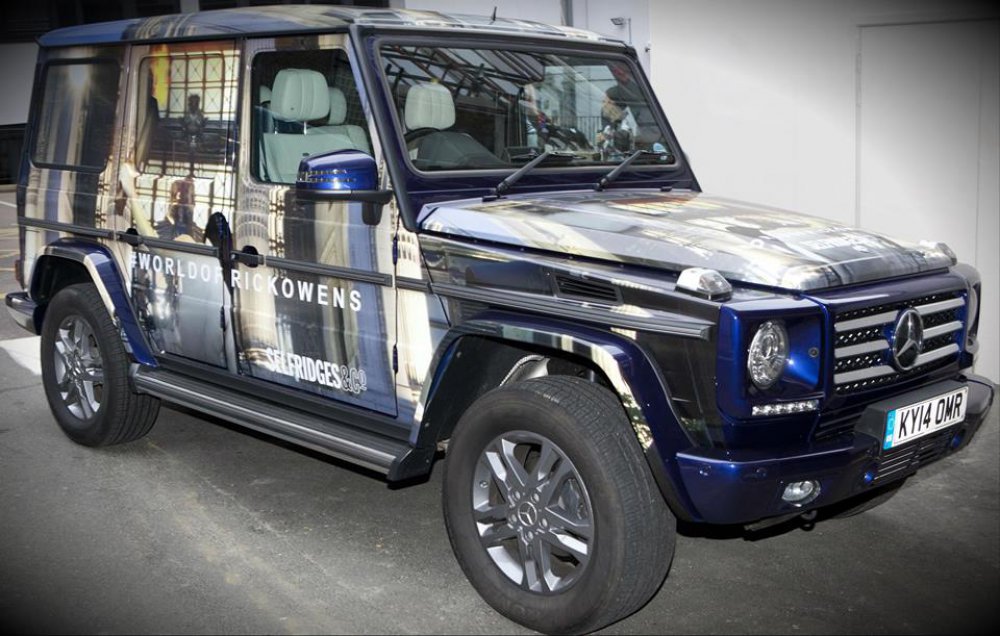 Rick Owen and Mercedes-Benz also started a competition together to promote cutting edge style of both brands. People who spot the customized cars around the city and share a photo with the Mercedes-Benz on social networks, using the campaign hashtag #WorldOfRickOwens, can win a £500 shopping gift card.

Mercedes-Benz provided three chauffeured saloons and a G-Class for those who need commuting during the London Fashion Week. The luxury vehicles have special interior facilities to keep the fashion icons happy. Each has an ice bucket to keep champagne cold and also a display that shows recorded images of the fashion event.