South African politician Tshekede Bufton Pitso was buried in his car, a classic Mercedes-Benz E500, as was his last wish. Pitso, who died last week, was the leader of the United Democratic Movement (UDM) in the Eastern Cape province.

The man lost his conscience into an alley as he drove toward his Mercedes E500 limo from the 1990s. It seems that his last wish was to be buried in this car he loved so much, instead of a conventional coffin, according to the African press.

In the past, Pitso was also a successful businessman and had assembled in his garage an entire fleet of Mercedes cars. In recent years he has had financial problems and had to sell some of the cars.

He was very attached to the Mercedes E500 and, although he was no longer driving it due to multiple mechanical failures, the man spent a lot of time with it. It was his favorite thing in the world and he told his family that he wants to be buried in the car when the time comes, which happened last week.

Launched in 1990 and built in 10,479 units, the Mercedes-Benz 500 E with V8 engine and subtly muscular body is the top-of-the-range model in the 124 model series The E500 used a 5.0-liter V8 engine connected to a four-speed automatic transmission. Maximum power was rated at 326 horsepower, going up to 320 horsepower since October 1992. Only 6.1 seconds were necessary to hit 100 km/h from a standstill and top speed was limited to 250 km/h.

The burial company said it was difficult to meet the last wish because of the size of the unusual “coffin” “I never had such a request and it was a difficult and stressful task,” said Thabiso Mantutle, the funeral company’s director.

Photos taken at the funeral “show” have since gone viral on the internet and social media accounts in South Africa. 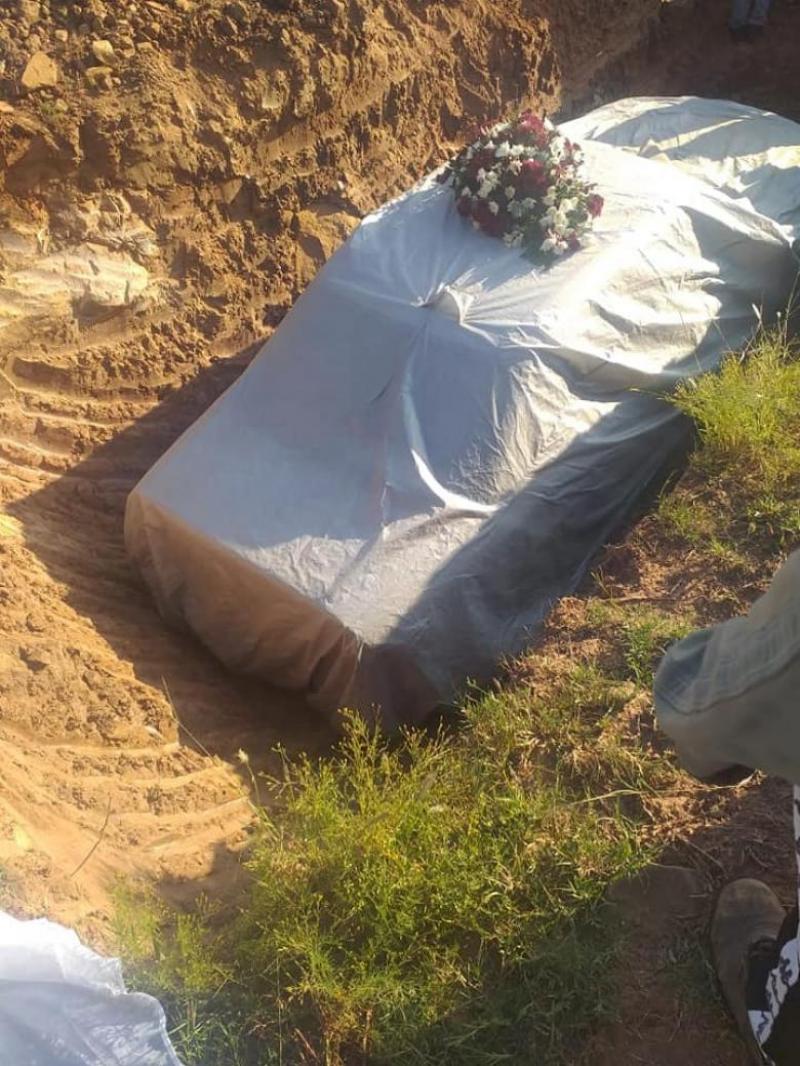