Sorry, Mansory, but this is wonderfully ridiculous

Why would you want a 900 hp Mercedes-Benz S 63 AMG Coupe? Well, “because you can” quickly springs into mind and, on a second inspection, still holds as an absolutely valid answer.

This is the work of Mansory, the tuning company which usually horrifies us with its overly complicated body kits that turn beautiful cars into the kind of freaks you wouldn’t want to run into in a dark alley. Not this time, though, since the Mercedes-Benz S 63 AMG Coupe emerges virtually unscathed from their hands.

The styling package prepared by Mansory is both discreet and beautiful, with all modified body parts now made out of carbon fibre. The customer also gets huge new multi-spoke alloy wheels and a revised interior which is also tastefully done.

But the real main attraction is what happens under the long bonnet of the S 63 AMG, where Mansory seem to have unleashed whatever they were holding back during the development of the exterior and interior modifications. 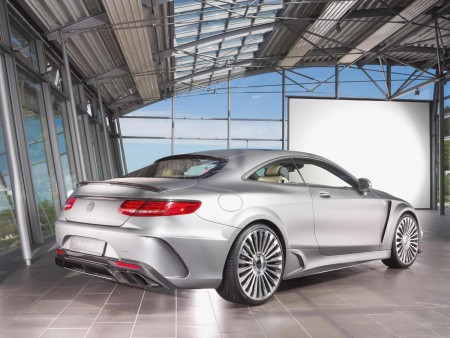 The already potent 5.5 litre V8 engine jumps from 585 PS to no less than 900 PS, while the maximum torque figure also takes a massive leap from the standard 900 Nm to an electronically limited 1.300 Nm, available virtually throughout the whole revs range (1,600 – 5,700 rpm).

All this, you can imagine, gives the modified S 63 AMG a substantial performance boost: 3.3 seconds for the 0-100 km/h sprint (0.6 seconds quicker) and a top speed of 300 km/h that could have been significantly higher bar for the electronic limitation. 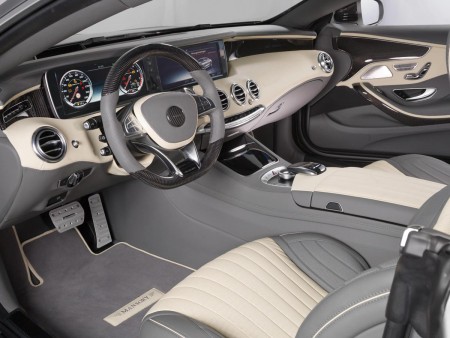 Mansory seem to realize that, while they would like to brag about their 900 PS car, most people might get a little scared of all that power so they’re also offering a more “sensible” option with only 720 PS and a measly 1.100 Nm of torque. But, if you ask us, if you’re gonna mess with the already powerful S 63 AMG Coupe, you might as well go full bananas and ask Mansory for the top kit.