Something fast has hit the racetrack

Mercedes-AMG is sooooo deceitful. They have shown us the video of the invisible car and simply defined the vehicle as being something fast. Now they post photos of the gas-starved beast hitting the track. But how relevant are they?

A wheel. A wing. A side mirror. Nothing special so far, all cars have them. But when a pro driver figure wearing an AMG suit gets behind the wheel, the car is starting to get special. And that camouflage wrap is surely not a new paintwork option. 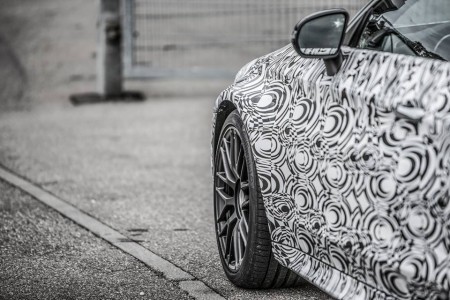 Considering the soundtrack playing in the video posted ten days ago, with the car racing by itself in Hockenheim, we can only tell it’s the biturbo 4.0 liter V8 engine’s symphony.

Mercedes-AMG is testing several cars featuring this very same engine at the same time: the C 63 Coupe, the E63 sedan and the track-focused version of Mercedes-AMG’s own GT sports car.

We will not jump to any conclusions about the invisible car finally becoming visible. We’ll figure it out sooner or later. We’re just saying this much: those are not the headlights of an E, nor the shape of a GT. We’ll keep you posted.