Somebody imagined the Audi Q6, an equivalent of the new GLE Coupe

That somebody’s name  is Theophilus Chin and he’s pretty famous in the automotive world for his digital renders. Mastering Adobe Photoshop and other graphic editing software is only part of the trick, but to be successful you also have to be a keen observer of the industry.

Back when it was first launched, a lot of people (myself included) thought (hoped) the BMW X6 will be a huge flop, something similar to the R-Class Mercedes-Benz, if not worse. Let’s face it: who in their right mind would ever think “I need an SUV, but it has to have a coupe-like demeanor. And it definitely mustn’t have more than four seats”. Exactly, nobody.

Since then, though, we’ve been proven wrong – so wrong it actually hurts a little. The BMW X6 has been a tremendous success and the best proof of that is the recently launched Mercedes-Benz GLE Coupe. Do you know of any BMW R-Class equivalent? Thought not.

You shouldn’t be surprised, then, if Audi will shortly join the party. We know they have a new Q7 in the pipes and a coupe version would also make a lot of sense, either launched at the same time or with a small delay. 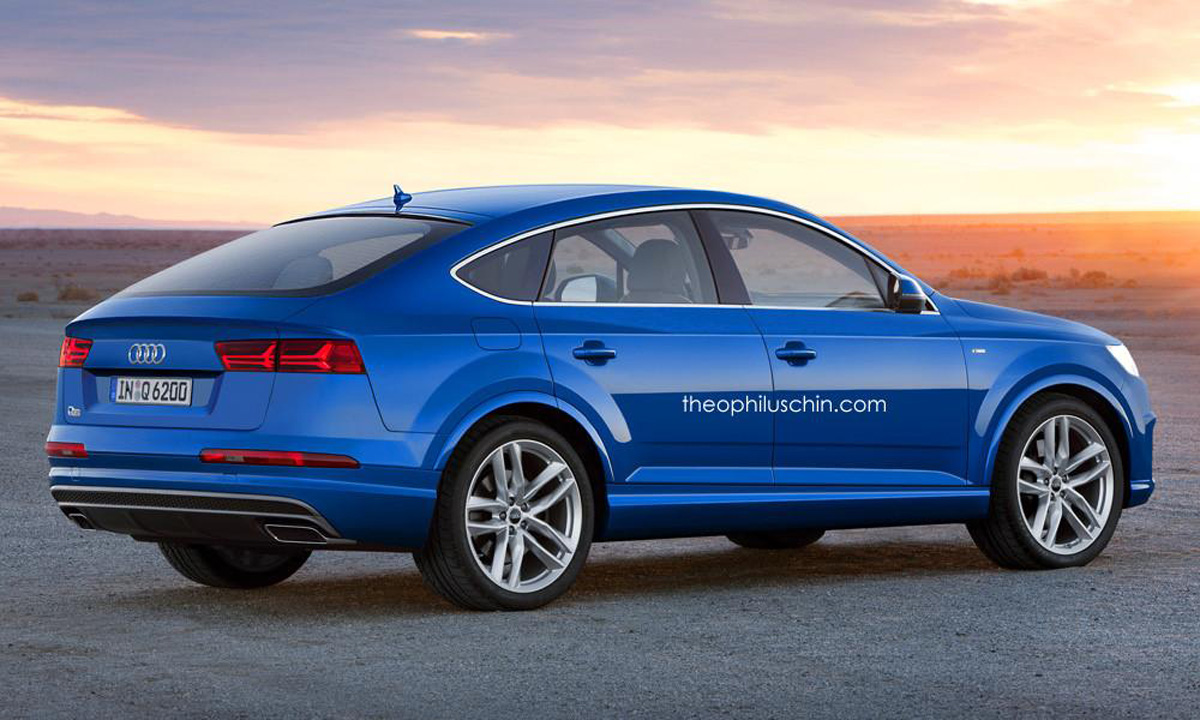 Theophilus Chin decided the wait was too long and began imagining what an Audi Q6 might look like. He took what we know about the Q7 and then did some little work on the rear, with help from the current Audi A7 Sportback. The result is a bit Frankensteinish, but at the same time, it might also be very close to the truth. Whether that would be a good thing or not, only you can decide.

Either way, Theophilus Chin receives a big round of applause from us, regardless of how faithful his representation will eventually prove. We hope to see more from him soon. Maybe even some Mercedes-Benz models, who knows…