Some keep gold in their garage: the Mercedes C63 AMG

It’s a gold world after all… A driver from Kuwait just moved to California and took his gold Mercedes C63 AMG with him. There’s no way one can leave such a treasure behind.

We usually keep gold in jewel boxes. But some keep it in their driveways. Well, not real gold though, but it looks so much like the real thing!

Sporting California license plates, this Mercedes C63 AMG rolls around Beverly Hills. The exotic radiating vehicle with night-black rims is making its way through the Californian traffic. The car had been first spotted in the US at the Ferrari 60 Year USA Anniversary in October 2014, where it was one of the special guests. It was bearing Kuwait license plates back then.

It’s quite a common thing for the rich of the Middle East to cover their expensive cars in metallic shiny paint work. And the Mercedes-AMG models are the top favorites of the Arabian princes and sheiks.

A Mercedes CLS63 AMG has been spotted recently, also in sunny California, making noise to reawaken the drowsy residents of the entire neighbourhood. 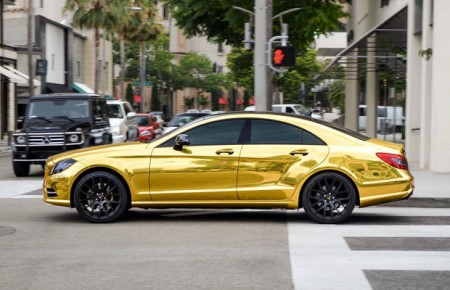 And since they challenge the sand dunes of the desert, those sheiks must have storm-beaten vehicles with amazing off-road figures to get them back on the road. Therefore, the G-Class is the perfect ride in the United Arab Emirates. 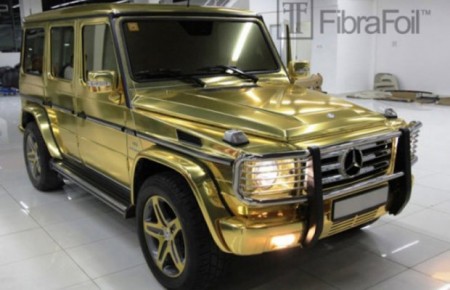 We have always thought about the Mercedes-Benz SLR as an exquisite vehicle. But somebody thought a bit different. Well, more than just a bit… 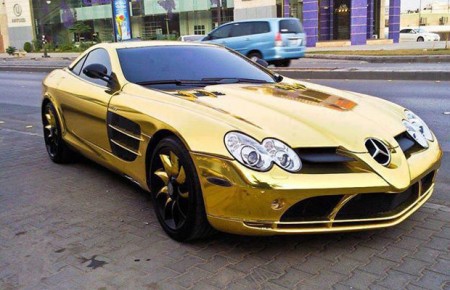