Mercedes is so bad at keeping secrets! Photos of what was supposed to be their best kept secret for the beginning of 2017 already fully reveal the exterior looks and interior features of the Mercedes-Maybach G 650 Landaulet, the G-Class Cabriolet.

Brave and extreme, the limousine-like off-roader brings back the tradition of the Landaulets, luxury vehicles that feature a soft top above the passengers’ heads.

As the photos confirm, under the hood of the Mercedes-Maybach G 650 Landaulet, there is the almighty 6.0-liter V12 engine, said to churn out no less than 630 HP and a maximum torque of 1,000 Nm, channelled to all wheels via the company’s high-performance four-wheel drive system. 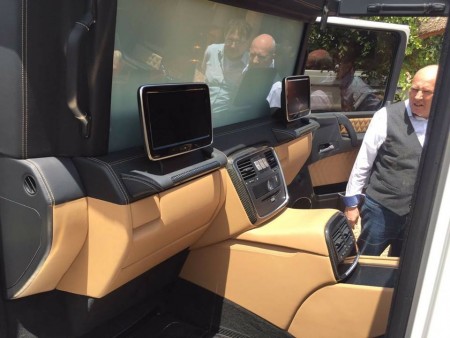 Built on the chassis lifted straight from the G 500 4×4², the vehicle’s wheelbase has been stretched from 2,850 mm to 3,428 mm, providing a generous extra space to the precious passengers. And they are really treated as VIPs, since the foldable soft top allows them to sunbathe and a partition wall separates them from the driver, giving them all the privacy that they need. They will be spoiled with the company’s finest materials, like aluminium and carbon fiber trims, but also a plush seating area, while two displays will provide entertainment. 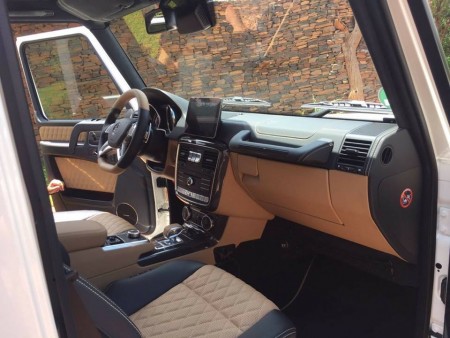 The presence of the Maybach logo on the rear pillar confirms that the model is one of a kind. The Mercedes-Maybach G 650 Landaulet will make its debut at the Geneva Motor Show or even as soon as next week, at the Monaco’s first open-air International Motor Show, next week. Reportedly, only 99 such exclusive topless G-Class models will be manufactured, for a price that matches its appearance and features. Find out the estimated price right here: This is it! Mercedes-Maybach G 650 Landaulet leaked.