Smokin’ all the way to Jerusalem with the Smokey

Year: 1963. Car: 1947 Mercedes-Benz 170V. Distance: 5,500 km. Too many figures that don’t make much sense, right? But this story makes sense as much as the entire history of Mercedes-Benz does. Follow the car on an adventure from Salzburg to Jerusalem to understand everything!

This is a story Hollywood could turn into a hell of a blockbuster. An Oscar-meant one, probably. A billion setbacks could not keep these guys from going all the way. 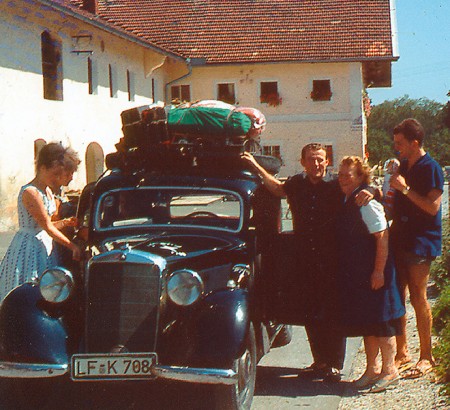 It was all Rudolph Meindl’s idea. But we might just as well call him Don Quixote. The young graduate and his three mates put all their luggage inside (and outside) the Mercedes-Benz 170 V, W 136 series and, in July 1963, they started out from Salzburg to make a dream come true. But after a one kilometer drive, the car started to puff out smoke. “That’s how the car came to be dubbed Smokey. We drove him to extremes and as a result, he drove us a long way”, Herr Meindl, now 70 years old, remembers.

They did not even have an inspection certificate. The head of the registration office did not provide them with a disc for the license plate. “He just sent us away with a wink saying we had to sort that out for ourselves.” And so they did. They cut off the inspection disc of an old license plate, glued it to their car and off they went.

150 kilometers into their journey, Smokey started having problems again. Four grown ups, tons of luggage, food supplies, two spare tires on the sides and a guitar on top were just too much for the car that was almost the same age as they were back then. Two of the travelers had to walk up the hill and Smokey did his job again.

They only made to Slovenia before encountering other problems. The rear shock absorbers were worn out. To avoid further weigh on the rear axle, from that moment on, two of them traveled on the front fenders, as in a deck chair position. Starting that point, the maximum speed they could travel by was 60 km/h.

When they started on the journey, they did not think about the fuel consumption. And oh, God, Smokey was a thirsty old man: 17 l/100 km. With a limited budget, the only way to procure money they could think of was to donate blood. To save gas, they chose to travel from the highland of Anatolia through Cappadocia at night, shortcutting down the zigzag roads.

And after going past the mountains, some unexpected malfunction hit again. The hardy disk in the steering column went into pieces. But the problem was also overcome, so the enterprise went on.

Going south through Bulgaria and Turkey and Syria, they finally reached Jerusalem and stood right before their dream. The Via Dolorosa, the Garden of Gethsemane and the Wailing Wall were the places that the devoted Catholics were longing to see. 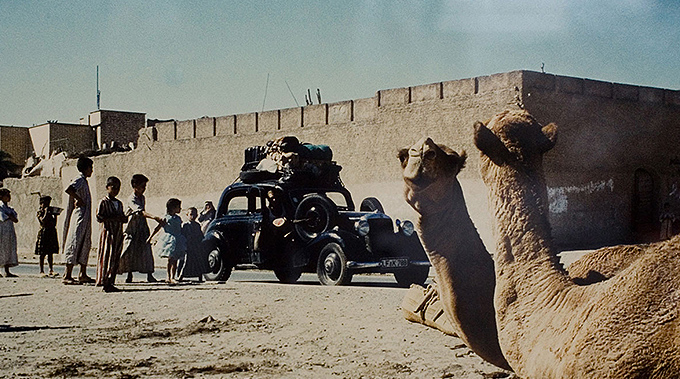 They stayed in Jerusalem for a whole week. The young men and the Smokey needed rest.

And then, right before going home, they heard the call of Baghdad. They started out on a new adventure, but a race through the sandy desert was just too much for the old exhausted Smokey. And they were closer to disaster than they imagined. Their car broke off right in the Kurdish region, already a war zone at that time. They gave Smokey in to the Iraqi government and soon after that, their long term iron companion was cannibalized. 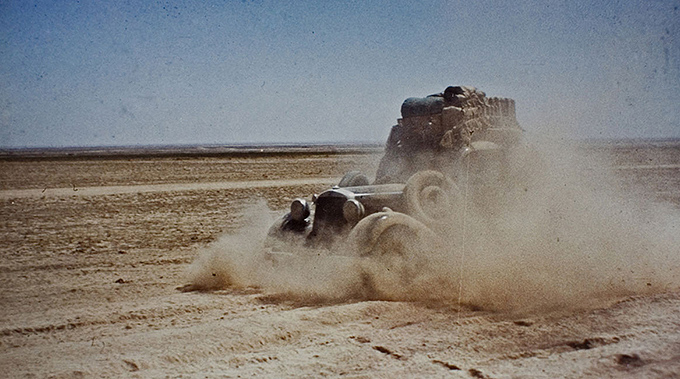 The journey back home, without the car, was even harder. They were escorted to the Turkish border, but the Turkish authorities decided to take precautions. So the four friends were under house arrest for four full days. They encountered a brand new setback when Harry got sick and Rudolph Meindl decided not to leave him alone at the hospital.

Back on the road again, hitchhiking. A good omen came there way. While begging drivers to give them a lift, a Mercedes-Benz 220 Coupe pulled over in front of them. It was the car of a count who was just going back home after a long holiday. 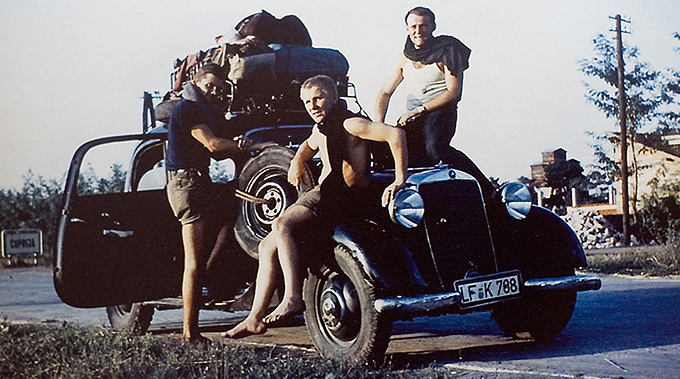 Eight weeks after starting out in the journey of his life, behind the wheel of the ancient 170 V, he returned home in a Mercedes-Benz Coupe, with a Count as a chauffeur.