133,752 cars delivered to customers in February, only, the highest sales figure ever achieved in the second month of the year. A figure that makes Mercedes-Benz a record breaker again, with a +11.2% increase compared to 2015’s February. The German car maker was the premium-market leader in Japan, Australia, Canada and Taiwan.

It was the compact cars that got the brand on top, with a 22.3% growth above the previous year’s February. 42,986 customers received their shiny new A- or B-Class, their CLA, CLA Shooting Brake or GLA this past month. They were China’s sweethearts mainly, in the first two months of 2016, as the unit sales quadrupled. 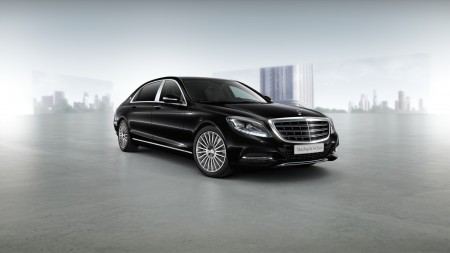 The C-Class Saloons and Estates followed close behind, with a total number of 28,146 vehicles handed over to customers.

It was the E-Class that rounded up the podium. The Saloon and Estate versions were among the best-sellers, even though the new model is already on its way to the showrooms, after making its European debut at the Geneva Motor Show.

The Mercedes-Benz S-Class stays the world’s best-selling luxury limousine in the beginning of 2016 as well. And the SUVs are on top as well, with nearly 100,000 all-terrain vehicles sold in the first two months of the year and 45,676 in February, taking unit sales up by 48.5% compared to February 2015. The GLA and the GLC were the customers’ favorites.

10,015 smart fortwo and forfour cars squeezed into their new parking sports in February. The demand of the tiny vehicles went up by 20.6%.

57,901 Mercedes-Benz cars stayed in Europe, with Germany claiming 20,751 of them. In February, the sales recorded in Great Britain, Belgium, Switzerland, Sweden and Portugal were higher than ever.

And it was a positive trend in the Asia-Pacific region as well, with 44,918 units marking a 18.2% increase. China accounted no less than 25,837 cars, which means up by 29.3%. Japan, Australia and Taiwan reached record unit sales and made the German car maker a leader of the premium market.

The NAFTA region scored a total increase of 0.4% with 26,862 sold in February, 22,941 of which going to the United States. Canada and Mexico broke sales records in February.