The smart brand ambassadors and Olympic beach volleyball champions, Julius Brink and Jonas Reckerman played “smart urban golf” with two golf professionals, Marcel Siem and Moritz Lampert. Before you get to say it wasn’t fair, please, just wait a second! Brink and Lampert were on one side and Reckerman and Siem on the other side. So let’s do the math: we had four people, two cars, smart fortwo and smart fourfour, and one game.

“smart Urban golf is a mix of two sports – it has the laid-back aspect of beach volleyball, but it is actually golf”, said Jonas Reckerman, right before sending the ball into the mini-boot of the smart.

The golf professionals and the amateurs went head to head, like the name of the games says, in an urban environment. A park, an unused factory site and even Plaza del Duomo in central Milan were the improvised golf course with improvised holes. As we said before, the players targetted the boot of the smart fortwo, the tailgate of the forfour and even the middle of the lake. 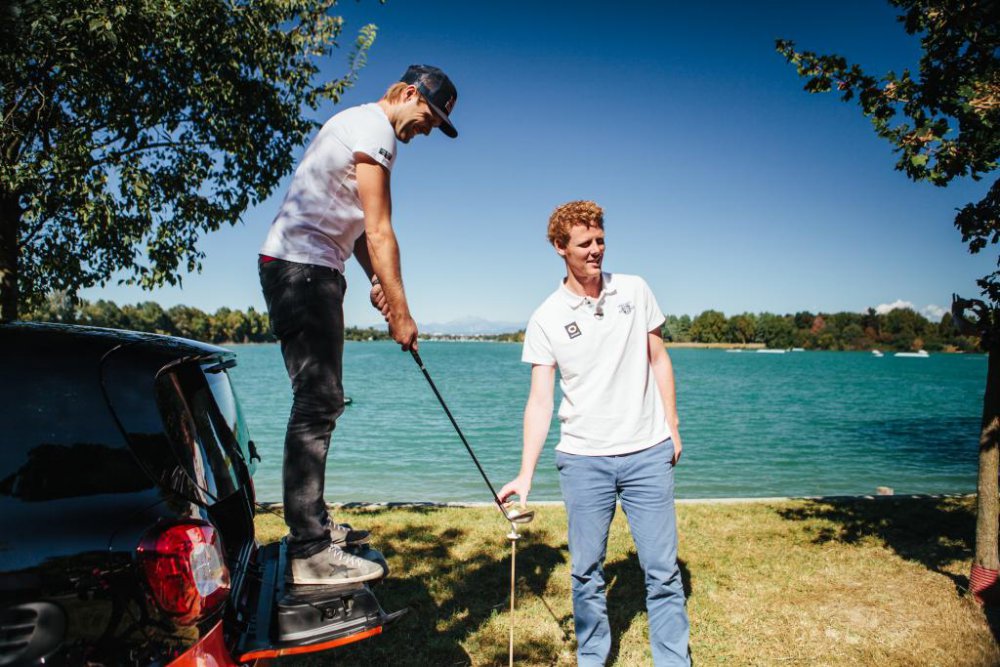 Moritz Lampert was delighted. “I had only played urban golf once before, in a car park. It’s great fun, because it is our sport – but in a different setting.”

By sending the cars and the sportsmen into the urban jungle, the smart brand wanted to prove – once more, if necessary – the suitability for the crowded city typical for the smart vehicles. They are small enough to squeeze in through heavy traffic and through narrow Milanese winding streets, but spacious enough to fit the golf clubs. “The smart is and remains the perfect city car”, said Marcel Siem, while his colleague was pretty much impressed by the innovative sat nav system. “You simply enter the address and drive straight to your destination, without having to start looking for a parking space five minues before you get there”, the Olympic champions stated.

Join the golf professionals and the beach volleyball champions in their city ride and smart urban golf game, in the following video!