Smart will launch an open study at the Paris motor show. Called Smart Forease, the diminutive roadster winks at the remarkable Crossblade from 2001. 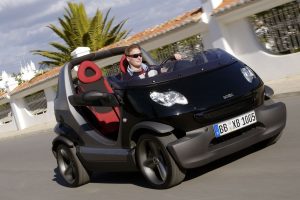 The open Smart-based Crossblade was derived from the City Coupé Cabrio at the time, had no roof at all, had special butterfly doors and bumpers that had been detached from the mudguards. The Forease Concept that Smart presents today, pays tribute to that remarkable model and also winks at the Forspeed Concept from 2011.

The Smart Forease concept car is based on the ForTwo Cabrio EQ and that means that the car is powered by an electric powertrain. The Forease Concept, like the Crossblade, has no roof and has a much lower windshield than the current Smart. The body of the study is painted in white and is further decorated with green details. The handles of the protoype are flush with the doors. 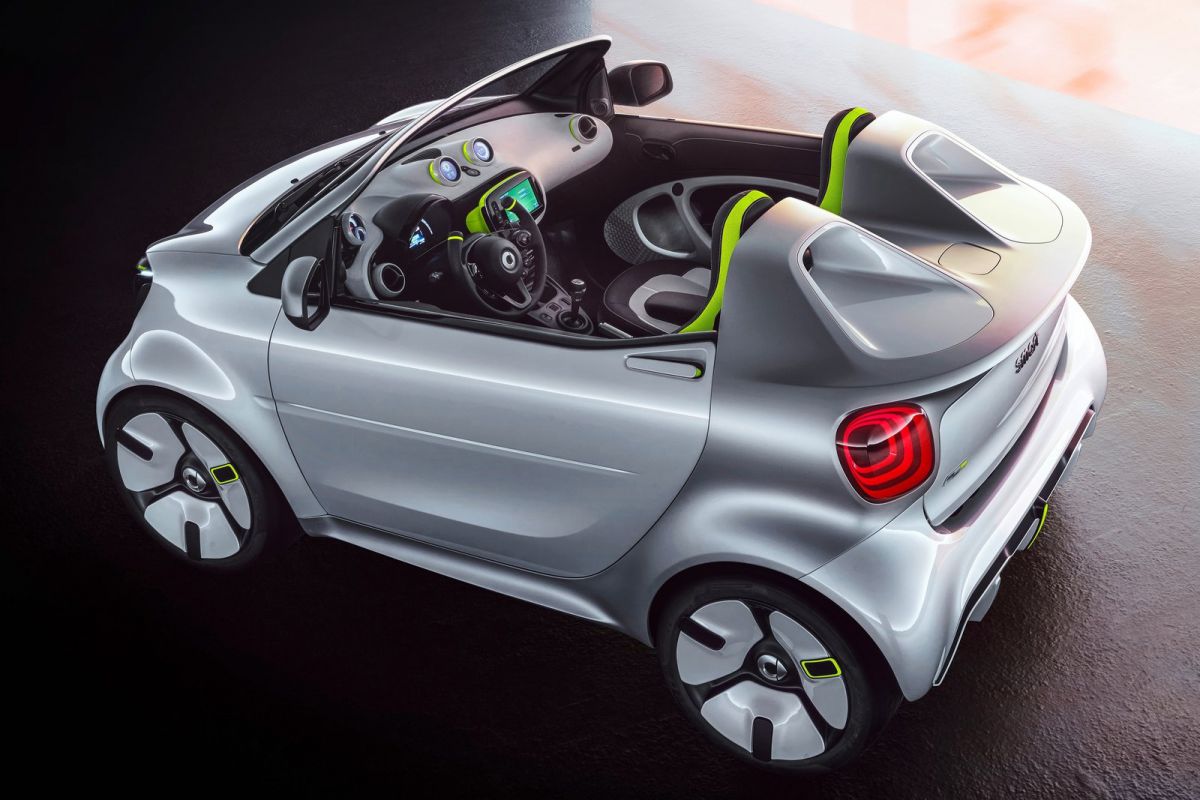 The interior has also been designed slightly differently compared to the original ForTwo. Instead of two round gauges on the dashboard, the show car has two round screens that can display information about the use of the car. The steering wheel is ‘cut open’ at the top and just like the exterior, the cockpit of the Smart is also decorated with green details.

With its latest concept, Smart wants to remind the general public that from 2020 the brand will in fact have only electric models in its line-up.