Brabus has revealed the Smart 125R, a swan song to the gasoline powered engine range of the current diminutive car, before the swith to all-electric until the end of the decade.

The German tuner is slowly turning into the official Smart factory tuning company with yet another ForTwo derivated sporty version that can be compared to a four-wheel shopping cart with the power of a bigger warm hatch.

In the name of the 125R, the number indicates the performance of the three-cylinder turbo engine, hence the horsepower. The one hundred and twenty-five horsepower and 200 Nm are not a miracle of the 900cc turbo engine, it’s more interesting that the 1.87 meter wheelbase and the 1.55 meter high Smart can withstand the racing updates.

Its top speed is still limited to 175 km / h, in spite of the huge (for a Smart) 16 or even 17-inch rims – it seems that physics can not be overlooked even by Brabus. The acceleration of 9.2 seconds is not spectacular compared to the average cars, but it seems that for this size category is enough.

As its name suggests, the latest Brabus Smart will not be cheap: 39,900 euros (Germany) – perhaps they decided to make only 125 copies of it. 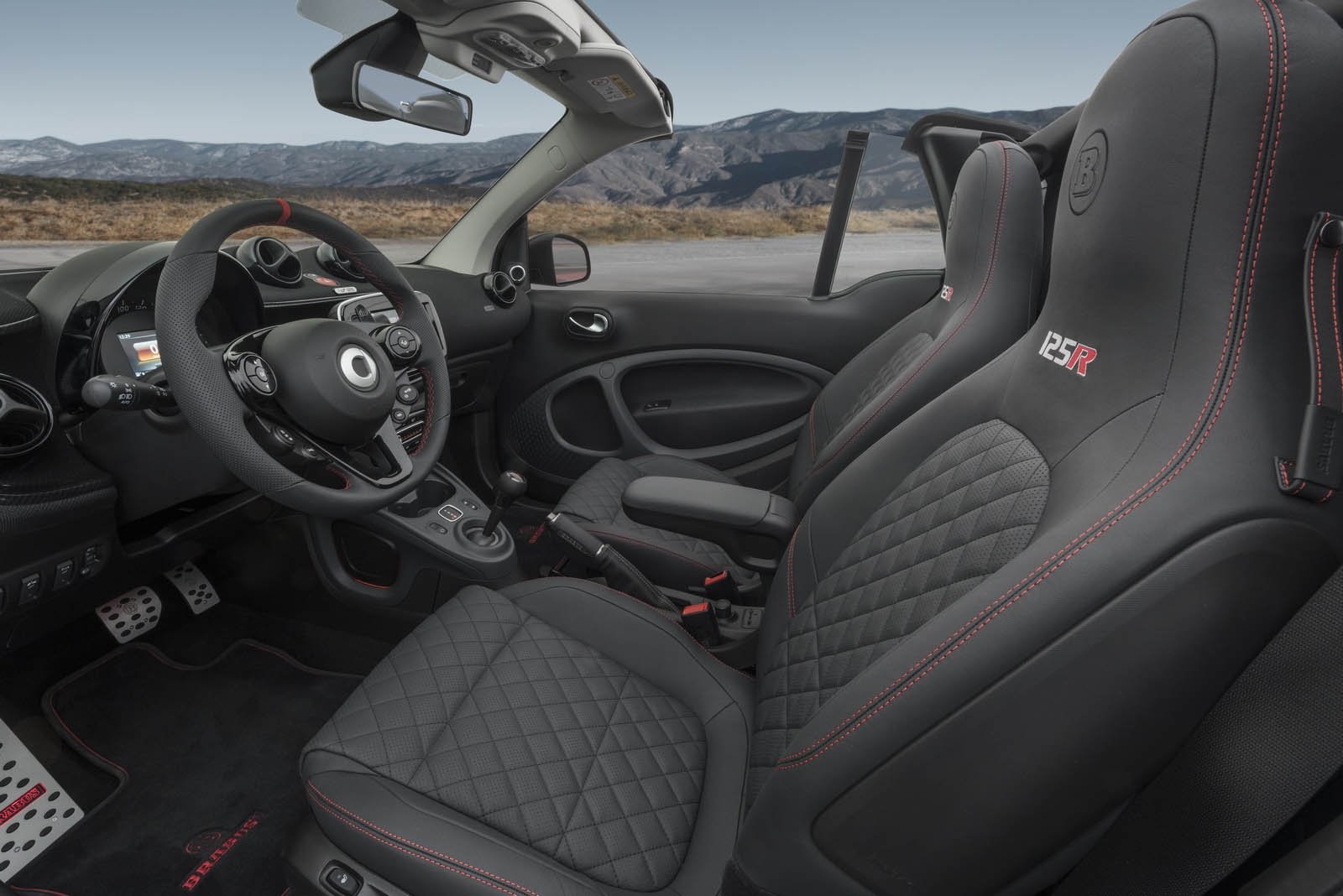