Skywalk – Adventure on land, in the air and on water onbord a Mercedes

A man in a Hugo Boss suit driving a bright white Mercedes E-Class Cabriolet and parking by the beach. Nothing striking so far. But when the man steps up on a kiteboard and then catapults himself from an 85-meter height, well, the games are changing a bit.

It’s Alex Thompson, none other than the youngest skipper ever to win a world yacht race. Back in the 1998/1999 season he set a world record that he still holds today. And now he switches to James Bond-ish stunts only matched by his reputation as a daredevil. 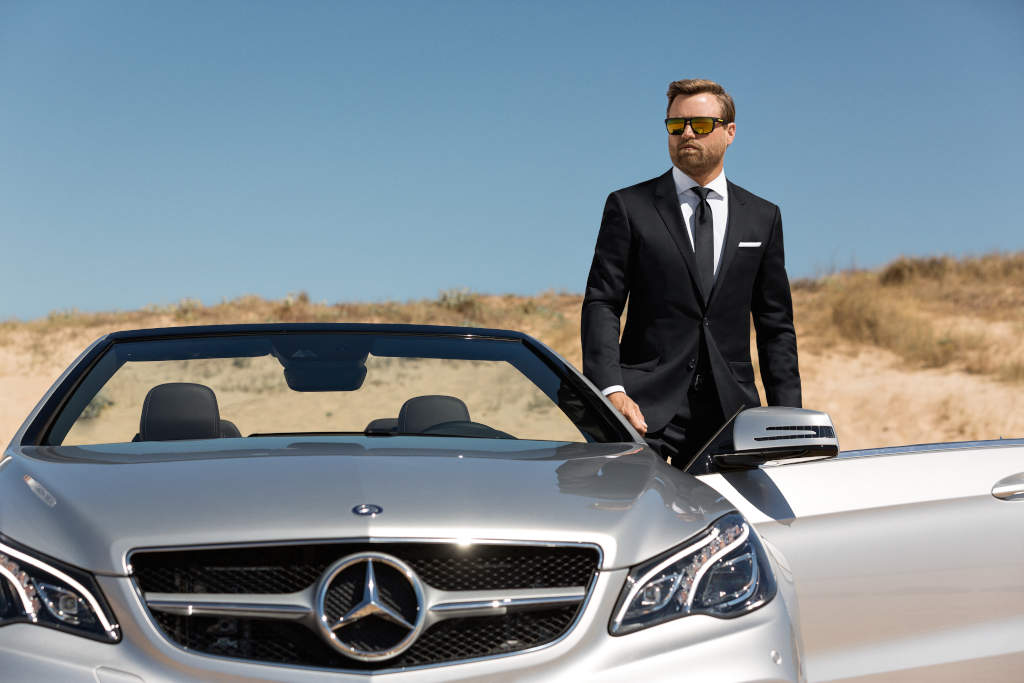 Powered by the wind and by his racing yacht IMOCA Open 60 HUGO BOSS, he reaches 85 meters high, twice as high as the Tower Bridge in London, he lets go of the rope attaching him by the boat and perfectly lands on water. And all while being dressed up to the nines in a water-repellent HUGO BOSS suit. 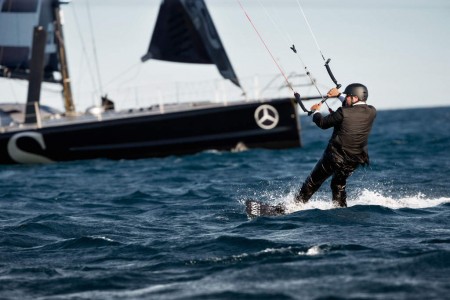 The Skywalk rounds up Alex Thompson’s breathtaking trilogy of stunts. He began the series back in 2012 with the Keelwalk, went on to do the Mastwalk in 2014 and now he has just completed the Skywalk.

Mercedes-Benz, HUGO BOSS and Alex Thompson Racing have been partners since last year.

“Alex Thomson and Mercedes-Benz share an enduring aspiration and passion to excel,” said Dr Jens Thiemer, Vice President Marketing Mercedes-Benz Cars. “Our partnership with this exceptional sailor is a further proof that passion and courage have no boundaries.”

Daredevil Alex Thompson proudly drove the E-Class Cabriolet in the very beginning of his sky-high adventure.

“It was great fun to master the challenges of the Skywalk and driving the E-Class Cabriolet,” said Alex Thomson. “The car is a dream come true for anyone who enjoys the wind and the sun.”

35 professionals made sure Alex Thompson was safe and kept an eye on his every step or inch rising into the sky above the Portuguese coast of Algarve, a place favored by surfers worldwide.