Sir Lewis Hamilton. This is how people will address the Brit driver from this moment on. It is a new title that he is getting following his 7th in Formula 1.

It is one of the highest honors in the United Kingdom. The award is given to a selected few for an exceptional achievement in any given activity. Lewis Hamilton gets the title following his impressive performance. He is a seven time World Champion in Formula 1, equaling Michael Schumacher’s record. He thus helped Mercedes-AMG Petronas achieve its seventh straight Constructors title. Lewis also accounted or all-time record with 95 career victories. Michael Schumacher thus drops to the second position in the overall ranking with 91. 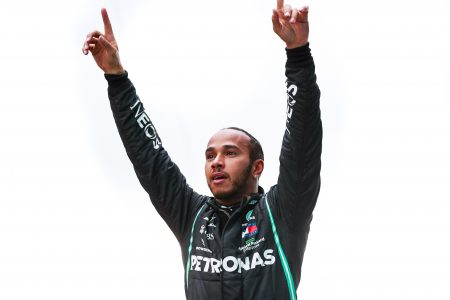 He is also rewarded for his involvement in the “Black Lives Matter” campaign. This past summer, the Brit joined masses during protests. Furthermore, he insisted on painting the Mercedes-AMG Petronas racing cars in black and wearing black suits for most of the season. The cars and the drivers’ suits return to silver in 2021.

In 2021, the Brit driver collected several other accolades. Laureus World Sportsman of the Year, BBC Sports Personality of the Year, GQ’s Game Changer of the Year. He also joins the Time Magazine 100 most influential people list this year.

„Lewis is a true giant of our sport and his influence is huge both in and out of a car. What he has achieved is phenomenal with still more to come. All of us at Formula 1 congratulate him on this well-deserved recognition of his achievements and look forward to seeing more of his brilliance in 2021”, says Stefano Domenicali, Formula 1’s incoming CEO. 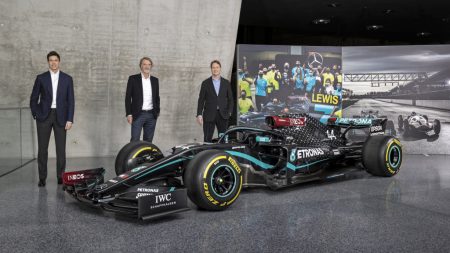 What comes next for Lewis Hamilton remains to be seen. He has not yet signed an agreement for next year with Mercedes-AMG Petronas. The team extended the period in which he can sign a new deal until March. „No pressure”, Team Principal Toto Wolff says, following his extension of the contract for the upcoming three years.