Singapore with a win in store! Rosberg gets tight victory

It has been a day of joy and pain for Mercedes-AMG PETRONAS in Singapore. The race finished just as it started, with Nico Rosberg firt, Daniel Ricciardo second and Lewis Hamilton in the third position. Yet, the viewers’ hearts must have skipped a few beats throughout the 61-lap race.

Nico Rosberg returns to the lead of the ranking, after storming at the frontfor the  of the Formula 1 gladiators in Singapore. From the front, he missed on the accident that took Nico Hulkenberg out of the race right from the start, after getting into contact with the Torro Rosso driven by Carlos Sainz and slamming into the wall. With the Safety Car deployed, it wasn’t much of an advantage for Rosberg to gain. 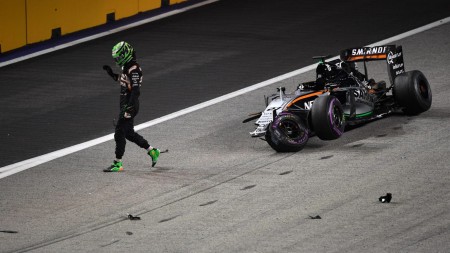 In lap 23, Hamitlon, on fresh rubber, was already starting to feel Raikkonen’s hot breath at the back of his neck, with the Finn staying just one second behind. Raikkonen’s teammate in Ferarri, Sebastian Vettel, taking an engine penalty and starting last, was eating up the gap from the leaders of the race, overtaking everything that came his way. 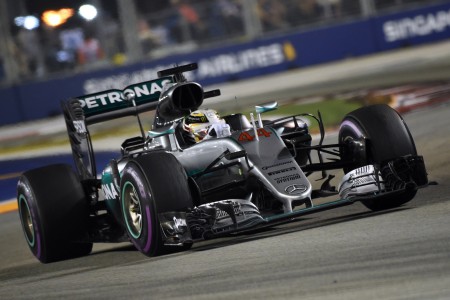 Hamilton was the leader for a short while, in lap 34, but he needed to change tires. The next pit was somewhat of a thrill for the Brit, as he managed to return to the racetrack inches ahead of Raikkonen. Replay showed the team boss Toto Wolff punching the air and clapping, happy to see his driver in front of the Ferarri former champ.

What seemed to be a walk in the park turned into a run-for-life race for Nico Rosberg in lap 49. The German started to lose time, due to worn out tires, but executive director Paddy Lowe decided to keep him on the racetrack even though the mechanics were ready to receive him. The driver’s 27-second lead was not enough to keep him in front if he pitted. Nico went through hell for the last 12 laps. 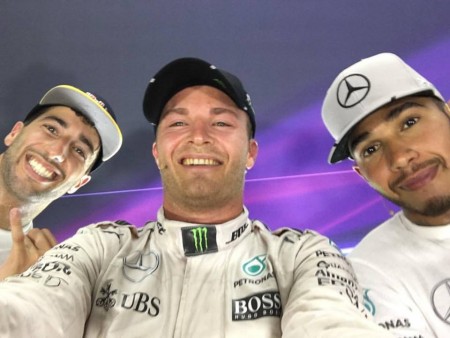 Running on new tires, Red Bull’s Daniel Ricciardo was eating the gap away and even gaining us much as 2.5 seconds per lap. One lap to the end, only 2 seconds separated him from Ricciardo. The Mercedes driver eventually crossed the finish line 0.4 seconds ahead of the Aussie. That was enough to bring him into the lead again. Lewis Hamilton finished third and Singapore goes all up in flames, wrapped in stroboscopic lights and fireworks. 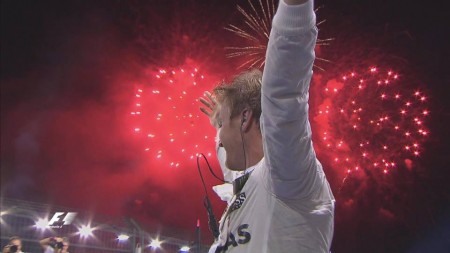 With six races to go, there are now eight points between the Mercedes-AMG PETRONAS drivers, Nico Rosberg and Lewis Hamilton. The Formula 1 next stops in Malaysia, in 2-weeks’ time.