At the 20th Silvretta Classic Rally Montafon Mercedes-Benz Classic is highlighting two powerful perspectives of the tradition of sportiness in the history of the brand: a Mercedes-Benz SSK dating back to 1928 plus four coupés from the upper-medium-size category are entering the rally. The coupés are being driven by drivers such as the Brand Ambassadors Klaus Ludwig and Karl Wendlinger. The Silvretta Classic Rally Montafon is being held from 6 to 9 July 2017.

Stuttgart. Mercedes-Benz SSK models on the Silvretta high alpine road: the meeting of two masterpieces of the engineering artistry of their day at the 20th Silvretta Classic Rally Montafon. The Mercedes-Benz SSK built in 1928 represents the family of Kompressor sports cars S, SS and SSK. At the end of the 1920s and beginning of the 1930s they enjoyed considerable success in races and as exclusive sporty private vehicles. The victorious cars were nicknamed the “White Elephants” by their fans. For these powerpacks painted in Germany´s racing colour of white are strong, powerful – and the awesome roaring of their belt-driven supercharger, which manually compresses the charge air is reminiscent of the pachyderm´s trumpeting.

The model designation of the SSK from model series W 06 stands for “Super-Sport-Kurz” (“super sport short”). With its manually charged 7.1-litre six-cylinder inline engine the car has an output of 125 kW (170 hp), and with its belt-driven supercharger switched on 165 kW (225 hp). The top speed is 192 km/h. This high-performance sports car is – like the other models in its family – among the most successful racing cars of its era: at the premiere of the model S Rudolf Caracciola won the inaugural race on the Nürburgring on 19 June 1927. This was following by numerous further victories, including those in high-calibre mountain races such as the International Klausenpass Race in Switzerland. 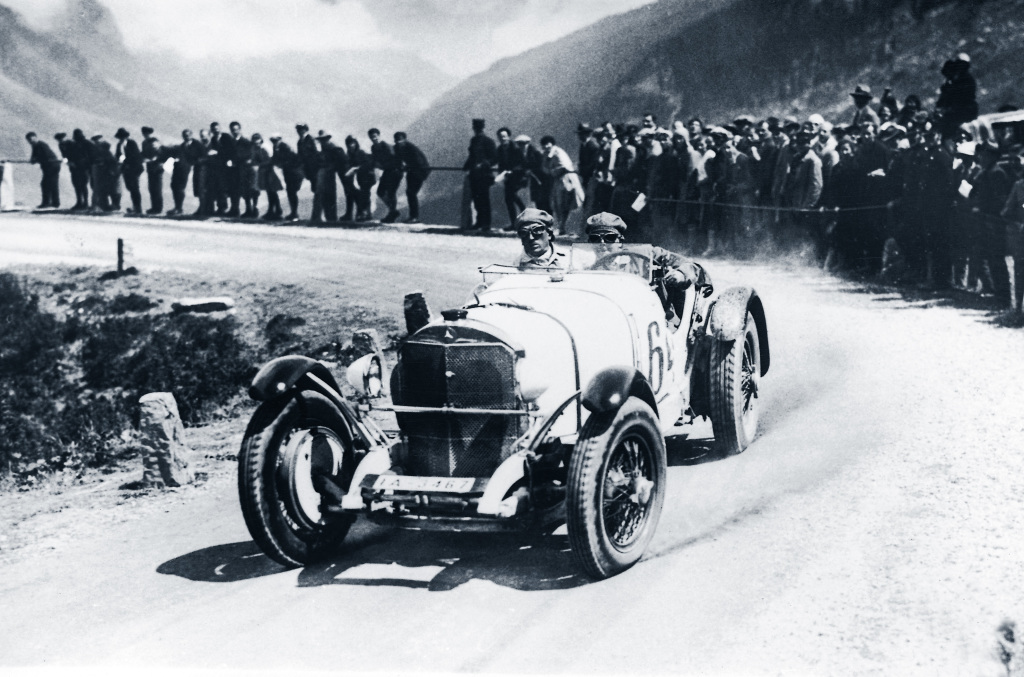 In the summer of 1928, works driver Caracciola won the Gabelbach Race at the first attempt as well as the races at Schauinsland and Mont Ventoux with the brand-new Mercedes-Benz SSK. In 1930 Caracciola became European Mountain Champion and achieved a class victory in the long-distance Mille Miglia race in Italy in the SSK. Then in 1931 in the Mercedes-Benz SSKL – the final level of development of the SSK – he was the first non-Italian racing driver to win the overall ranking in the “Thousand Miles”.

It was in the grand era of the “White Elephants” that work also began on what later became the Silvretta high alpine road. Its first section from Partenen to the Vermunt reservoir was built from 1925 by Illwerke for transporting materials to reservoir and power station construction sites. The high alpine road was then opened in 1954, with the course it still takes today. It is traditionally part of the route in the renowned Silvretta Classic Rally Montafon regularity race for classic cars and young classics alike.

The future has a tradition at Mercedes-Benz: at the Silvretta Classic Rally Montafon four coupés in the upper-medium-size category also illustrate the fact that contemporary sporty elegance is at the core of the brand history. The exclusive two-door cars come from the model series W 114 (“Stroke 8”) and C 124. These model series are also among the especially coveted young classics and classic cars from ALL TIME STARS, the Mercedes-Benz Classic vehicle outlet. 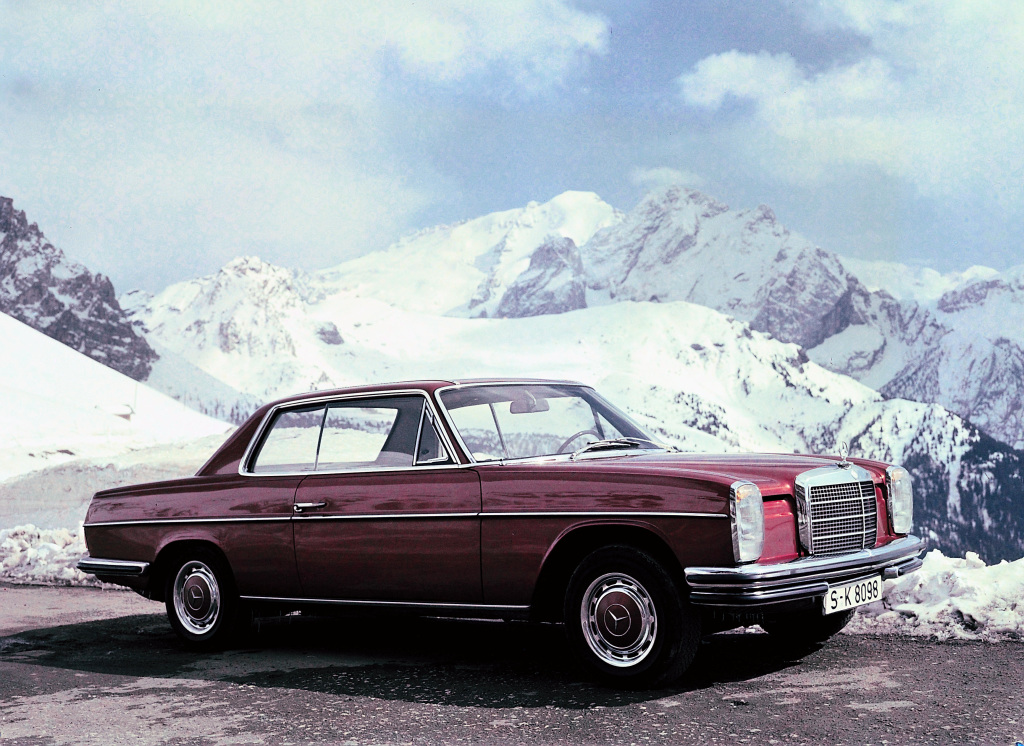 The coupés are being piloted by drivers such as the Mercedes-Benz Brand Ambassadors and racing drivers Klaus Ludwig and Karl Wendlinger. Born in 1968 in Kufstein (Austria), Karl Wendlinger began his motorsport career as a teenager in karting and changed over to Formula racing in the 1980s. In 1989 he became German Formula 3 Champion, and from 1991 he drove in Formula 1 – from 1994 onwards for the Sauber-Mercedes team. This was followed by drives in the DTM, Formula 3000 and in long-distance races. Since 2012, Karl Wendlinger has been a Mercedes-AMG brand ambassador and instructor at the AMG Driving Academy. Klaus Ludwig, feted by his fans as “King Ludwig”, was born in 1949 in Bonn. The three-times Le Mans winner, two-times German Racing Champion and DTM Champion of 1988 moved to the DTM team AMG-Mercedes in 1989. He won two Championship titles for Mercedes-Benz (1992 and 1994, Vice Championship in 1991) with a total of 19 race wins. In 2000 he ended his racing career with 3rd place in the overall DTM ranking in the Mercedes-Benz CLK DTM.

The Silvretta Classic Rally Montafon has been held since 1997 and has become established as a particularly attractive date in the automotive classic calendar. This year around 200 historically significant cars built from the 1920s to the 1990s are taking part.

The rally begins on Wednesday (5 July 2017) at 8 p.m. with the prologue for selected participants in Schruns. On the Thursday (6 July 2017) the peleton starts at 12.01 p.m. in Partenen for the first stage covering 116 kilometres. It will take the participants over the Silvretta high alpine road and the Bielerhöhe to Gargellen and Bartholomäberg to the finish in Schruns. On the two subsequent days the start is also in Partenen, but the finish will then be in Gaschurn. 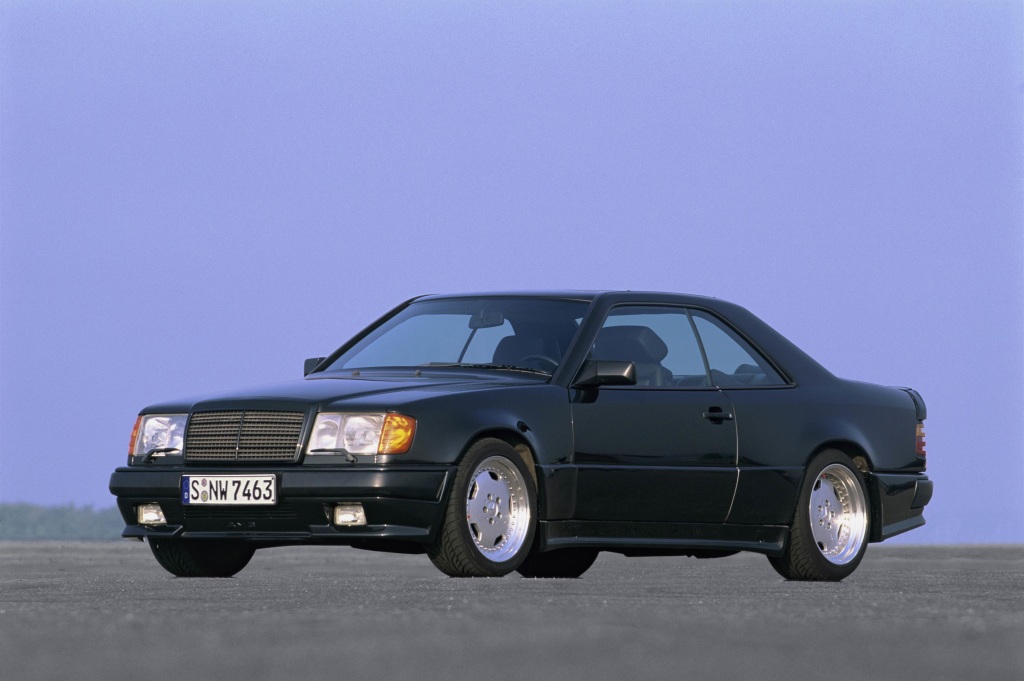 On the Friday (7 July 2017) the second stage begins from 7.31 a.m. and runs over the Hahntennjoch, Piller Höhe, Flexen Pass and Bielerhöhe. At 326 kilometres it is the longest stage of the Silvretta Classic. On the Saturday (8 July 2017) the cars set out from 9.31 a.m. for the third stage, encompassing 153 kilometres. This route takes in highlights such as the Furkajoch and the Faschinajoch. The 20th Silvretta Classic Rally Montafon comes to a close with a party on the Sunday morning (9th July 2017) in St. Gallenkirch.