Shakira parks her Mercedes “Whenever, Wherever….”

The world famous Shakira goes for the best or nothing. Her long-term fiancé, but not yet husband, Pique, gave her a Mercedes-Benz SLK in February 2012, for her birthday. Since then, she left her SL (pictured above) in the garage and made the SLK her favorite ride.

2nd of February is a special day for both Shakira and the Barcelona defender, Gerard Pique. It’s the birthday of both. And now, they also have an important anniversary to celebrate on the same day: their Mercedes-Benz SLK was delivered right then.

Pique paid $62 000 for the SLK, similiar to the one in the picture below. But it’s clear as the waters of the Mediterranean that his fiancee’s smile is priceless. 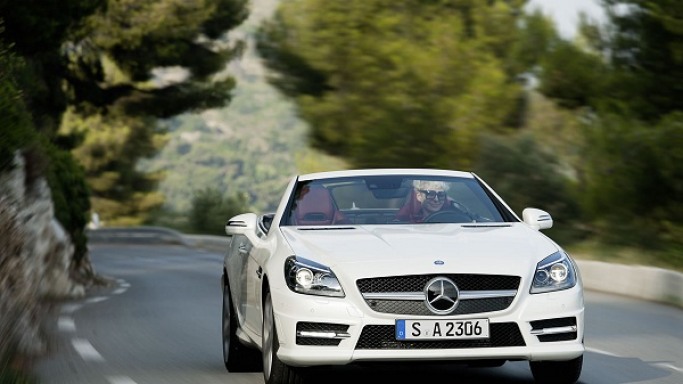 Shakira and Pique are born on the exact same day, but with a 10-year gap. She is the older one. And you would think the more experienced when it comes to cars. But apparently, her parking is so bad, that she needs the soccer player to help her out with both her new SLK and her older SL.

Being one of the top-earning artists in the music industry, Shakira has great taste in assets. She owns a mansion on the Star Island, La Colorada, and an exquisite collection of Mercedes-Benz cars.

Before getting the SLK from Pique, Shakira was driving an ultimate Mercedes-Benz SL 600.  And it’s high comfort for the blond VIP, as it came with Alcantara and leather, wood trim and quad-zone climate control.

Shakira can get a concert experience playing her own songs inside the car fitted with 12-position adjustable heated seats, as it also incorporates a Harman/Kardon sound system with 10 speakers. 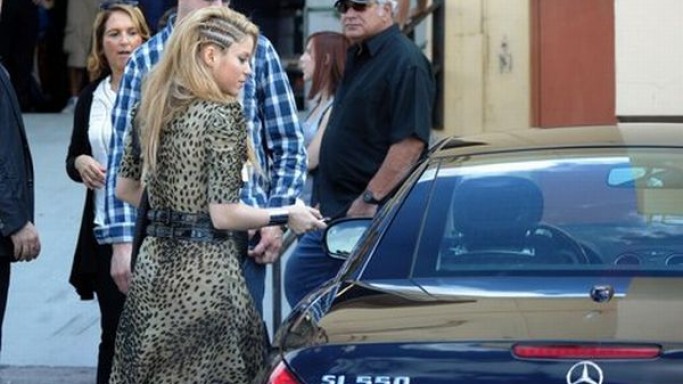 And when she wants to feel big, Shakira can drive her monster G-Class around. The car came with a 3.5-liter V6 engine, with 268 HP, all controlled via a 7-speed automatic transmission. Shakira absolutely adores the tough structure and the layers of technology, but also values the super comfort of the tall ride.

She must be a great driver to be able to control all the horsepower. But she must really, really, really learn how to park her Mercedes cars! Good luck with that, Pique!