They will surely need a bus to take all these awards back home. It has been a fruitful event for the Setra brand in Kortrijk, Belgium, as it picked up no less than four awards.

At the European Coach & Bus Week, the S 516 HDH from Setra TopClass 500 was presented with the 2015 Grand Award Coach. The brand also got the “Ecology Label” and the “Styling & Desgin Label”, as a reward for the high environmental compatibility and ground-breaking design. 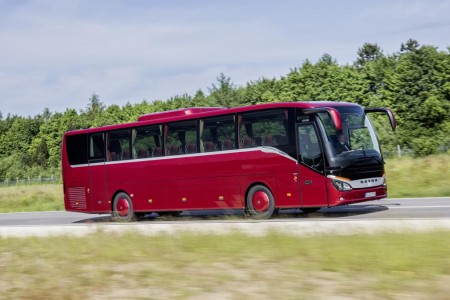 “We are proudt that with the award-winning Setra TopClass 500, we have also been able to take on a pioneering role in the areas of ecology and economy, which respects both people and the environment to a very high level”, said Hartmut Schick, Head of Damler Buses.

Luxury and functionality in the Setra TopClass 500

The touring coaches of the Setra TopClass 500 range guarantee their passengers a high level traveling experience. The exclusive top-of-the-range long-distance coaches combine the top features of equipment with the outstanding economy of the ComfortClass 500. The range started 2015 en fanfare, as it also knocked down the “Special Mention 2015” of the “German Design Award”. 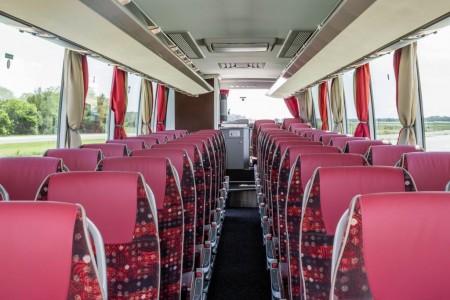 It was also the mid-decker touring coach of the ComfortClass 500 that was honoured with an award. The “Green Coach Award 2015” has been offered since 2011 to a touring coach one year and an urban bus the next year, by the trade publications “Omnibusrevue” and “Busfahrer”. For the Setra brand from Daimler Buses, 2015 marked the third time to get the trophy.

“The S 515 MD achieved the lowest fuel consumption on the test route. In addition, the touring coach impressed with its strong focus on a consistent level of economy. Virtually no other vehicle in this segment provides as much coach for the money as the Setra MD from the ComfortClass 500”, said the juries.

The S 515 MD is a touring coach which incorporates the benefits of the economical ComfortClass 500. 3560-millimeter high, it surely does not stand in the shadow of its bigger brother, perfectly fitting into the current product family with a personality all of its own.